Over one billion firearms now flood the world, most of which are owned by civilians, according to Geneva-based researchers. Americans alone possess 40 percent, more than all civilians combined in 25 other countries. 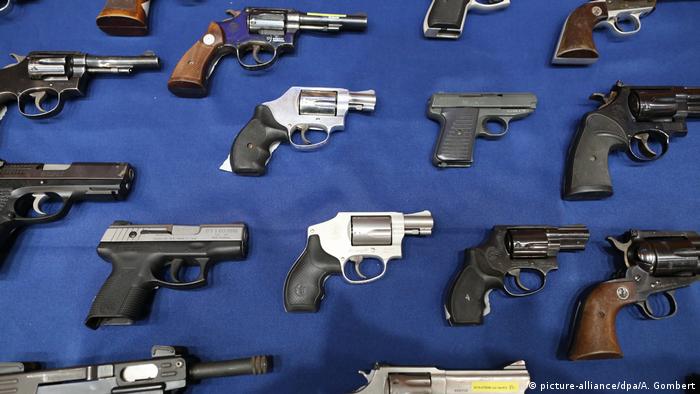 The Small Arms Survey compiled by Geneva's Graduate Institute and published Monday said the global civilian firearms stockpile had swelled from 650 million to 857 million between 2006 and 2017, accounting for 85 percent of all stocks.

One of the study senior authors, Aaron Karp, told a news conference at UN headquarters in New York that an "extraordinarily permissive" US gun market had put 393 million firearms in the hands of Americans.

The study containing elaborate graphics concludes that Americans own almost 40 percent of the global stockpile, although they make up only 4 percent of the world population.

That 40 percent was more than the combined 25 top-placed nations and territories, said survey authors.

Among every 100 US residents there were on average 121 firearms. By comparison, Yemen had 53 per 100, and Montenegro and Serbia alike 39 firearms.

Canada and Uruguay followed, each with 35 firearms per 100 residents.

The survey team, originating from the 2006 Geneva Declaration on Armed Violence and Development, says more than 740,000 men, women, and children die each year as a result of armed violence.

The majority of these deaths  — 490,000 — occur in countries not directly affected by armed conflicts.

Listed among civilians in the latest survey were individuals but also private security firms, non-state armed groups, and gangs.  And, the civilian firearm types ranged from factory-made handguns, rifles, shotguns, to even machine guns in some countries.

Japan and Indonesia ranked at the other end of the spectrum, with less than one firearm per 100 residents.

The survey compiled by Geneva's Graduate Institute of International and Development Studies presented data on 133 countries and territories.

The authors noted, however, that only 28 countries had "released information on their military stockpiles and 28 did so regarding their law enforcement firearms holdings."

The remaining calculations were "based on estimates," said the study's authors while criticizing "governments' lack of transparency regarding their procurement, stockpiles, and transfers of small arms."

Compiling the data remained a "most challenging undertaking" and illicit firearms "outside of government control largely remain poorly documented," they said.

"More work is also needed to better understand illicit proliferation, incidences of armed violence, and people's perceptions of their security," said Eric Berman, the director of the Small Arms Survey.

Six ex-employees of Heckler & Koch have gone on trial in Stuttgart for selling assault rifles to Mexico. Activists held a vigil outside the court for victims of those believed to be killed by the German gun-maker's arms. (15.05.2018)