President Jose Mario Vaz has sacked his entire cabinet and has placed ministries under the control of security forces. The move threatens to worsen an ongoing political crisis in the West African nation. 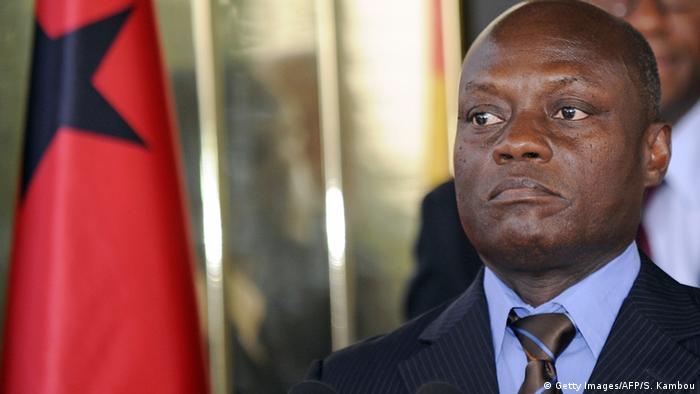 After dismissing his government on Thursday, Guinea-Bissau's president, Jose Mario Vaz (pictured above), called on the ruling party to select a new cabinet that will pull the country out of its current political crisis.

"I have taken a decision which makes the political parties aware of their responsibilities in giving them the chance to prove that they place greater importance on the nation and the people over their personal interests or their group or party," Vaz said during a national address on radio and television.

The country's ministries have been placed under the control of security forces, according to local sources, while the ruling African Party for the Independence of Guinea and Cape Verde (PAIGC) met to decide how to respond.

Guinea-Bissau's prime minister, Carlos Correia, was also dismissed by the president on Thursday only a few months after his appointment to the position in October. Vaz already sacked his predecessor, PAIGC leader Domingos Simoes Pereira, last year, sparking the current political crisis.

"Carlos Correia's government is incapable of managing the crisis and creating better political and institutional conditions for (the government's) full function," Vaz said.

Parties on both sides say that Pereira and Vaz greatly disagreed on how to run the country and especially on the topic of tackling corruption.

Correia's appointment temporarily appeared to resolve the dispute, but several lawmakers refused to back Correia's policies and deprived him of a parliamentary majority last December.

Guinea-Bissau, a former Portuguese colony with some 1.6 million residents, is one of the region's most unstable nations - suffering multiple military coups since its independence in 1974. A democratically elected leader has yet to serve a full term in the tiny West African nation.