Guinea-Bissau President Jose Mario Vaz has decreed the government dissolved after a row with the country's premier. The decree was apparently made on state media late Wednesday, but the news was slow to trickle out. 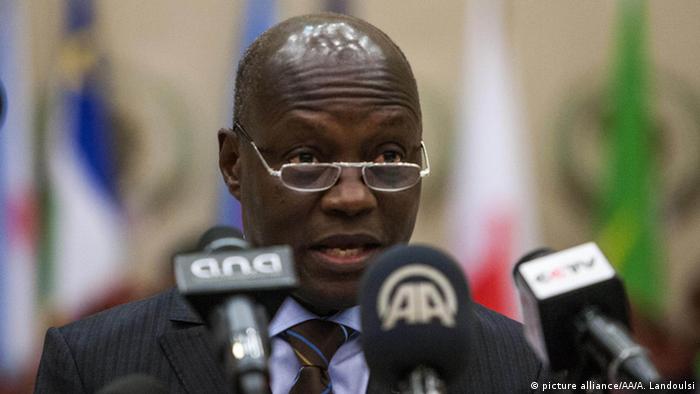 Guinea-Bissau President Jose Mario Vaz dismissed the government amid a rift with the prime minister, according to a statement read on state media Wednesday. Fed by overlapping duties in Guinea Bissau's semi-presidential system, tensions had grown between the president and Prime Minister Domingos Simoes Pereira since civilian rule returned to the West African nation in June last year following a 2012 coup.

An economist, Vaz was elected in April 2014, after serving as finance minister from 2009 until the coup in 2012 and fleeing to Portugal, only to return and spend three days under house arrest in February 2013. He received 40.9 percent of the vote in the dozen-candidate first round and 61.9 percent in the runoff, soundly beating the military-backed Nuno Gomes Nabiam to take office in June 2014.

The political scientist Pereira had served since July 2014, taking office as the elected leader of the center-left African Party for the Independence of Guinea and Cape Verde. The two men were the country's first leaders when it returned to civilian rule last summer after two years under military control.

Guinea-Bissau won its independence from Portugal in 1974, but has seen several governments overturned by coups in the ensuing years.