Guinea-Bissau is experiencing a period of political upheaval, following a ruling by the Supreme Court that the appointment of Baciro Dja as prime minister was illegal. The decision has been welcomed by many observers. 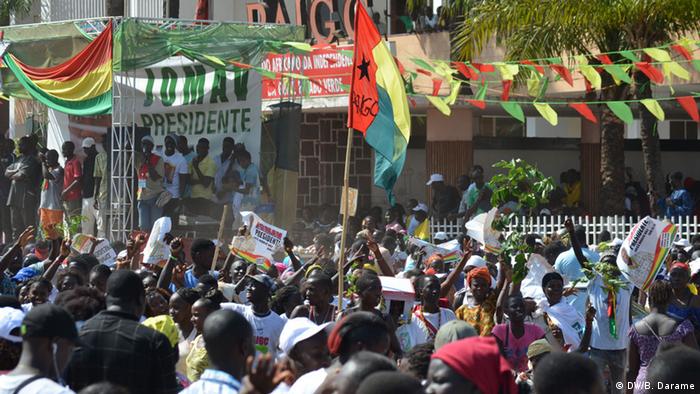 Things had been looking up for crisis-plagued Guinea-Bissau, following last year's elections. The country was ruled by a tandem made up of President Jose Mario 'Jomav' Vaz and Prime Minister Domingos Simoes Pereira. Both belong to the African Party for the Independence of Guinea and Cape Verde (PAIGC), a factor that was seen as conducive to stability. But then, although the prime minister had a solid majority in parliament, President Jomav dismissed him in mid-August. On Monday (07.09.2015) Jomav named a new government under Prime Minister Baciro Dja.

The drama then took another unexpected turn; the government under Baciro Dja was in office for less than three days. On Wednesday afternoon the constitutional court declared his appointment by President Jomaz to be illegal. Immediately afterwards, Dja handed in his resignation. 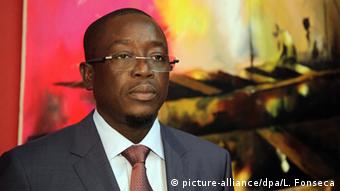 With his formation of a new government, the president had bypassed his own PAIGC party and forged a new alliance with the largest opposition party, the Party of Social Renewal (PRS).

The idea was for Baciro Dja, with the support of the opposition, to form a new government amenable to the president who wanted to deprive his unloved rival, Domingo Simoes Pereira, of power. Pereira is the party chairman of the PAIGC.

However, under the constitution, Guinea Bissau has a semi-presidential government system. The head of state cannot simply choose a government but has to respect the interests of those parties which form a majority in parliament. For this reason, the constitutional court declared the appointment of Baciro Dja to be illegal. In an interview with DW, Guinean lawyer and politician Silvestre Alves explained that it was important for the parties to express their will. "This means that the president must take into account what the PAIGC has to say about the formation of a government." 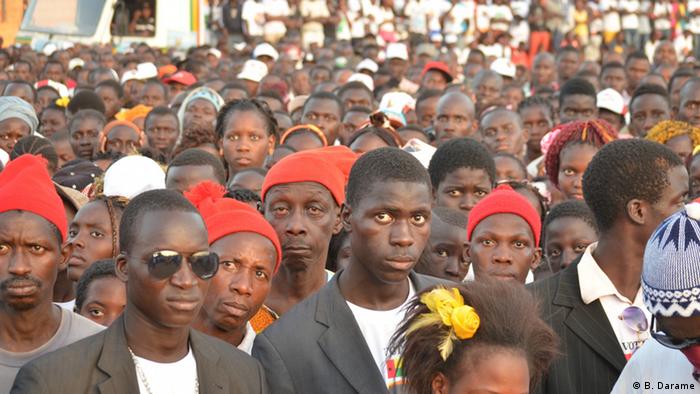 The court ruling surprised many observers. Previously the country had not been famous for strictly adhering to the political rules. In the chaotic years between 2009 and 2012, when coups occurred almost every six months, the constitutional court played no noticeable role.

The court's stance has been welcomed by the president of the Association of Civil Society Organizations in Guinea Bissau, Fatoumata Djau Balde. "It underlines the value of a state based on the rule of law, it acknowledges the importance of peace and democracy, and strengthens judicial independence," she said. "The president is called on to take back the appointment of Baciro Dja as prime minister and to act in conformity with the provisions of the constitution."

Historian Fode Mane says that, against the background of the chaos of previous decades, the court ruling is the correct decision. "I see it as a step along the way to building a state based on the rule of law and leading to consolidation of our democracy. If someone breaks the rules, he must be held to account," Mane said.

Unable to install the government of his choice, President Jomav now has two options. Either he dissolves parliament, calls elections and appoints a provisional government. Or he reverses his decision and reinstates former Prime Minister Pereira. 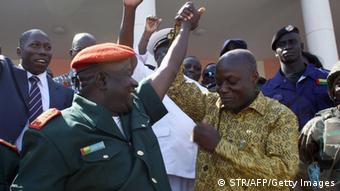 Jose Mario Vaz (right) after his election victory in 2014

The return of Pereira would be a personal blow for Jomav but would avoid a lengthy and uncertain period of transition. In addition, no one knows how Guinea-Bissau would finance fresh elections. Last time, international donors had to help out. In May this year, an international donors' conference in Brussels held out the prospect of a billion euros ($1.5 billion) of financial aid. At that time Jomav and Pereira were still united. After the chaos of the past two months, donors' willingness to provide fresh funds will have taken a severe knock.

Guinea-Bissau's Prime Minister Baciro Dja has said he will step down from office, two days after he was sworn in. The country's Supreme Court ruled that his appointment violated the West African nation's constitution. (09.09.2015)

Guinea-Bissau President Jose Mario Vaz has decreed the government dissolved after a row with the country's premier. The decree was apparently made on state media late Wednesday, but the news was slow to trickle out. (13.08.2015)

Jose Mario Vaz has won the presidential run-off election in the West African nation of Guinea-Bissau. However, his opponent has said he would not accept the result. (20.05.2014)