Guinea-Bissau's Prime Minister Baciro Dja has said he will step down from office, two days after he was sworn in. The country's Supreme Court ruled that his appointment violated the West African nation's constitution. 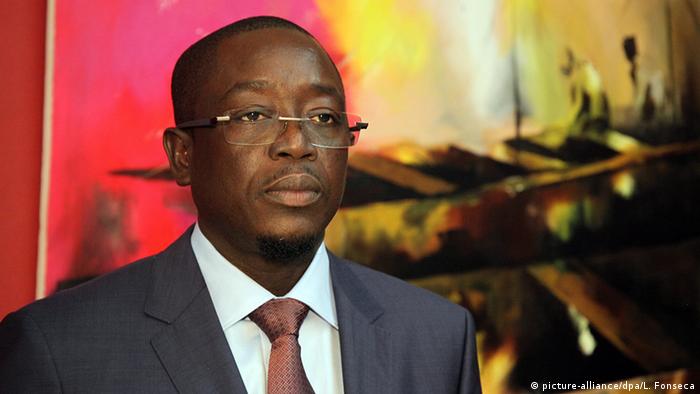 Dja announced his resignation to reporters on Wednesday, 48 hours after President Jose Mario Vaz decreed the formation of a new government.

However, the appointment of at least 15 ministers and 15 secretaries of state by presidential decree met with strong criticism from elements of Vaz's majority African Party for the Independence of Guinea and Cape Verde (PAIGC).

A ruling backed by eight of the Supreme Court's 12-judge panel also declared that Vaz's decision to appoint Dja by presidential decree violated the constitution.

The court added that Vaz had failed to meet certain legal criteria, including proper consultation of the ruling party and listening to the opinions of other parties in Parliament.

"The president of the republic has just informed me the Supreme Court has declared my appointment as prime minister unconstitutional," Dja told journalists on Wednesday.

"Consequently, I resign the office. I'm going to my office to formalize my decision," Dja said.

"I will draw the political consequences [from the ruling] by drafting my letter of resignation, which I will submit to the head of state," he added.

The former Portuguese colony has undergone nine military coups or attempted coups since its independence in 1973.

Guinea-Bissau President Jose Mario Vaz has decreed the government dissolved after a row with the country's premier. The decree was apparently made on state media late Wednesday, but the news was slow to trickle out. (13.08.2015)

The world has turned increasingly into adjacent regions of conflict and peace, according to a new study. The Institute of Economics and Peace lists Syria and Iraq as the worst off. Europe ranks as the most peaceful. (17.06.2015)

France awards Legion of Honor to slain schoolteacher 4h ago