For two years, parliament and Guinea-Bissau’s government have been at loggerheads. Meanwhile, frustration is rising among the people as public infrastructure falls apart. 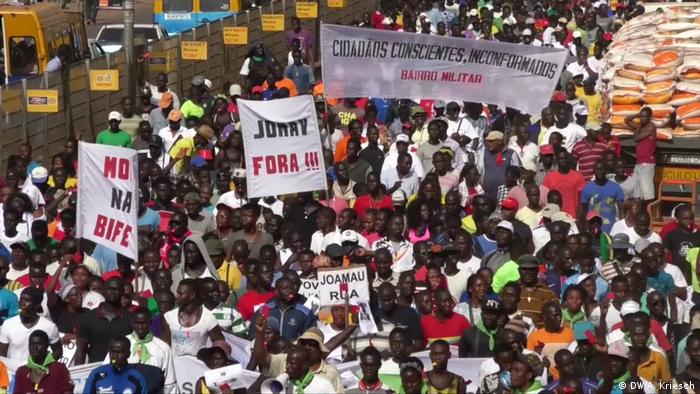 "The ball is back in our court, only we can help solve our own problems," Guinea-Bissau's President, Jose Mario Vaz, better known as Jomav, told reporters at the airport in Bissau.

The ongoing government crisis in the tiny West African nation of 1.8 million inhabitants was once again the subject of attention at the recently concluded West African Economic Community (ECOWAS) meeting in Monrovia.

Jomav was tasked by the regional body to come up with a government of consensus which would be accepted by the parliament's majority. But by the end of May, he had missed the deadline.

Seemingly without having to face any consequences, the president has once again been granted three more months to finally resolve the political deadlock that has paralyzed his country for the past two years.

Rivalry between government and parliament

In mid-2015, Jomav deposed his main political rival, Domingos Simoes Pereira, as the country's prime minister. Shortly before, Pereira had lost the absolute majority in parliament after being denied 15 votes by some members of his own PAIGC party. Pereira's supporters say the move had been long in the planning. 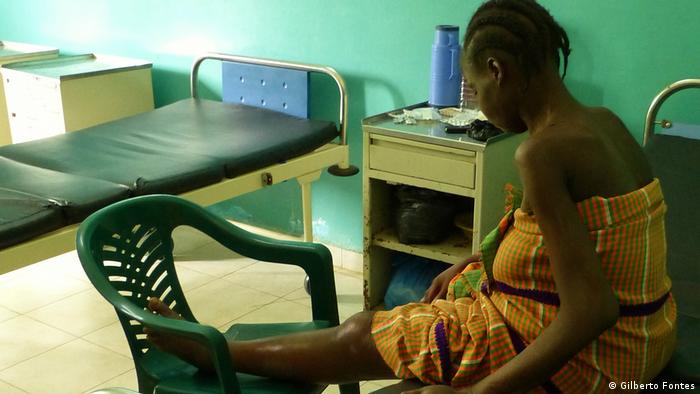 The political crisis has affected all public sectors including health

When the president appointed a member of the largest opposition party, the PRS, to head the government, the conflict escalated: Cipriano Kassama, president of PAIGC and a staunch supporter of Pereira, cut links with the 15 PAIGC lawmakers and refused any cooperation with the president and the new government he had set up.

Since then, no legislative or budget proposals have been adopted. Apart from the monthly salaries that the members of parliament are entitled to, nothing seems to be working in parliament.

The political stalemate runs through the historic independence movement PAIGC - the "African Party for Independence of Guinea and Cape Verde" - which defeated the Portuguese colonial regime in 1974.

"It is the old rivalries, factional struggles and, above all, the personal vanity of the PAIGC leaders that are intensifying the problem," Assana Sambu, editor-in-chief of the newspaper "O Democrata", one of the few independent press bodies in the country, told DW. 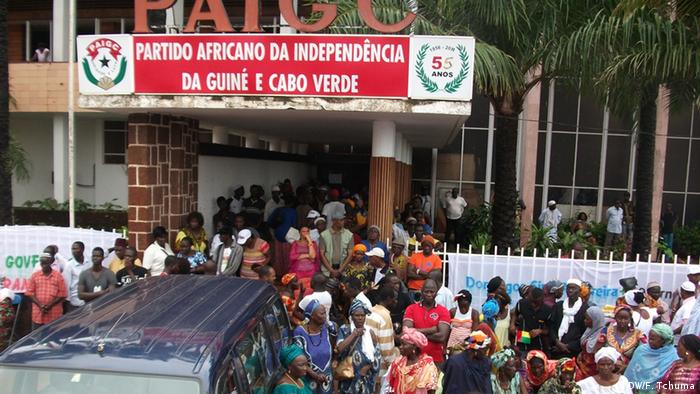 The influence of the PAIGC party still permeates Guinea-Bissau's society

Many independent observers regret the fact that parts of society and the state in Guinea-Bissau have not been freed from the influence of the powerful PAIGC. Old attitudes from the time of the one-party system, which was abolished in 1994, still dominate all important sectors of the state. "What is not controlled by the PAIGC is dominated by the military," says journalist Sambu.

Guinea-Bissau was in the past a battlefield of various military coups. Since the country's independence, no president has been able to finish a full five-year term in office.

A life without a state

Guinea-Bissau has become the quintessence of political stagnation. The country's administration has also collapsed. Schools, hospitals, police and the judicial system are barely functioning.

"People are tired of the crisis, the dissatisfaction among the youth is growing," Jose Ramos Horta, the East Timorese Nobel Peace Prize laureate told DW in an exclusive interview. After the military coup of 2012, Horta served as a UN Special Envoy for Guinea-Bissau for one and a half years.

"The schools are closed, the officials and employees are not paid any wages, and because of the political chaos, the international donor countries do not release the promised relief funds, which make for protests."

Protests have erupted in the nation's capital in response to the president's announcement. The ruling party has slammed the appointment, saying it will not accept an "unconstitutional decision." (27.05.2016)

President Jose Mario Vaz has sacked his entire cabinet and has placed ministries under the control of security forces. The move threatens to worsen an ongoing political crisis in the West African nation. (12.05.2016)