Guinea-Bissau's president has named a new prime minister following the dissolution of the sitting government. The troubled African country's administration has been paralyzed by a crisis over leadership succession. 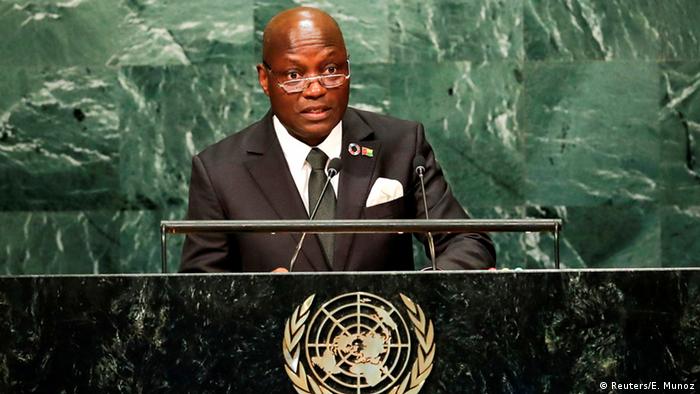 "Mr. Umaro El Mokhtar Sissoco Embalo is named prime minister," read a presidential decree, before the new premier was sworn in during a brief ceremony. Embalo is a 44-year-old former military general that has served in previous administrations.

"I have held various positions in previous governments, including advisor to the president, to the prime minister and to the speaker of parliament, and I was promoted to the rank of state minister and brigadier general in 2012," Embalo told the Agence France-Presse news agency shortly before his appointment. "I know that the task that awaits me will not be easy."

The small Portuguese-speaking country has been in the throes of a power struggle since August 2015, when Vaz sacked then prime minister Domingos Simoes Pereira, leader of the ruling African Party for the Independence of Guinea and Cape Verde (PAIGC). Since then, two factions of the ruling PAIGC have failed to resolve their differences over Pereira's successor with some lawmakers refusing to work with him.

Political rivals agreed in September to a plan to ease a political crisis that has prevented parliament from passing budgets and blocked international aid. The six-point plan, drafted with the help of regional mediators, included a preliminary agreement to form a consensus government.

Guinea-Bissau has been plagued by military coups and instability since its post-colonial independence from Portugal in 1974. It has been a major hub for cocaine smuggling and suffered nine coups since 1980.