Aristides Gomes has been named as Guinea-Bissau's new prime minister, ending a long political deadlock. President Jose Mario Vaz had refused to name his estranged deputy to the post. 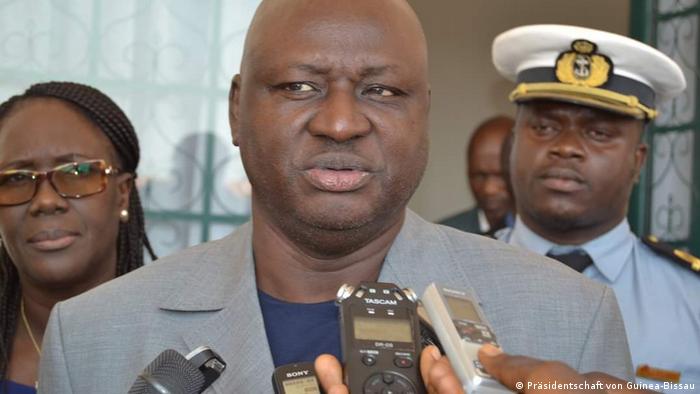 Guinea-Bissau President Jose Mario Vaz named Aristides Gomes as prime minister on Saturday, to end an impasse that has dragged on since March.

Since legislative elections in March, Vaz had refused to name his estranged deputy Domingos Simoes Pereira for the position.

The election took place more than three years after Vaz sacked Pereira from his role as prime minister. A constitutional crisis ensued, which it was hoped the March 10 vote would bring to an end.

The ruling African Party for the Independence of Guinea-Bissau and Cape Verde (PAIGC) — which won the election — initially proposed its party leader, Pereira, as prime minister. However, Vaz — also a PAIGC member — refused to comply, and the party eventually proposed Gomes "in the name of peace."

The nomination came after the Economic Community of West African States on Thursday gave Guinea-Bissau a weekend deadline to name a prime minister or be hit by sanctions.

Vaz and Pereira have had a very strained relationship since the sacking and there have been fears that the volatile West African state — wedged between Senegal and Guinea — could be heading for confrontation.

The PAIGC was originally formed in 1956 to campaign peacefully for independence from Portugal. However, the party turned to armed conflict and — after independence for both Guinea-Bissau and Cape Verde in the 1970s — established a Marxist-Leninist state.

The PAIGC held multi-party elections in 1994, which it won, and has been the largest party in Guinea-Bissau's parliament since 2004.

Earlier this week, Vaz set the date for the country's next presidential election as November 24.

Some praise the French-backed CFA franc for its stability, others denounce it as a colonial hangover. The benefits and drawbacks of Africa's CFA currencies are being more hotly disputed than ever before. (27.05.2019)

The CFA franc is facing growing opposition in parts of West and central Africa. Critics say the common currency has hampered the region's economic growth while France profits. (22.09.2017)