'Gruffalo' illustrator hopes for a miracle as Brexit looms

Axel Scheffler, the German illustrator of a popular children's book, "The Gruffalo," has lived in Britain for 36 years. Faced with a looming Brexit, he tells DW that he is both angry and disappointed. 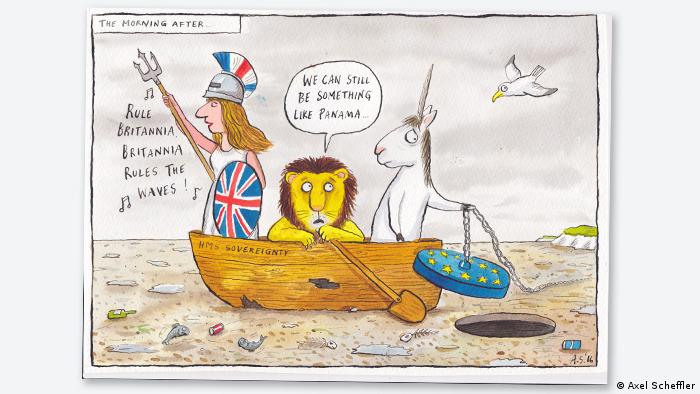 Deutsche Welle: The Brexit clock is ticking. Are you sitting on a packed suitcase; or are you more optimistic?

Axel Scheffler: We don't have a clue what to expect. There is no deal, maybe even no prospect of a deal. The uncertainty today, weeks before Brexit is scheduled to go ahead on March 29, is just as great as it was at the start. So I haven't packed my suitcases yet, and hope we'll get off lightly, or that there will be a miracle.

At the occasion of the British Book Awards in May, you won Illustrator of the Year and gave a touching acceptance speech. Why did you say that the award felt like a consolation prize or even a farewell gift?

That was a bit polemical. Of course I won't have to leave the UK, or be kicked out. I expect I will be able to stay. But it is painful to see my guaranteed right as an EU citizen to live here being questioned. A hungry Gruffalo!: But its German, London-based creator is feeling unsettled as Brexit approaches

You gave the Gruffalo its face and children all over the world love the monster. Would there be a Gruffalo if Britain weren't part of the EU?

I did in fact say, a bit provocatively, no Gruffalo without the EU — which of course is not the case because Julia (the author Julia Donaldson) would have written the story without me and found another illustrator. But the EU gave me the chance to say quite easily, I'm off to college in the UK; and later on, to decide to stay here. I've spent half of my life here, that was possible, no bureaucracy involved. Without the EU, things probably would have been different, I wouldn't be here. The Gruffalo wouldn't have existed in its present form.

You are one of the most successful storybook illustrators worldwide. Why would you care about Brexit?

A lot about the EU bothers me, too — but I am still a staunch European. Apart from my work, I want Europe to stay united, work together and I want there to be peace. The EU is a guarantor for peace, at least it has been so far. That's why I care about Brexit.

How will Brexit harm the UK? (Note the illustrator's cartoon top of the article)

How will it affect you personally?

For one, because we don't know what the accord is going to look like. That affects my daily life: I work in Germany and the UK, which is not easy from a taxation point of view. Brexit could make everything even more complicated, I might have to fill out a customs form for every package I send, for instance. I also travel a lot, my partner is French and we spend a lot of time in Germany and France. We don't know whether that will continue to be so unproblematic. Or take health care — the National Health Service is cost-free for all EU citizens who live here. All of the above impacts my family's everyday lives. And even if it is not far off, we have no idea what next year will look like.

What about the business side of things?

In that sense, Brexit probably won't have much of an impact on me, international licensing is bound to continue somehow. But the publishers have logistical problems — buying paper might become more difficult. Then, there is the matter of the currency: The British Pound has devalued greatly since the referendum, which at first sight is a good thing for British publishers because it would be cheaper for a German publisher, for instance, to buy a book in the UK. On the other hand, the British publishers must spend more to have the books printed in the Far East. So it does have a consequence for the publishing world. 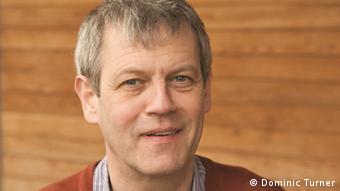 Read more:  Brexit causing concern for business on both sides of the Irish border

What are your plans in the event of a "hard" Brexit?

I don't have a plan yet. I haven't applied for British citizenship, and I certainly can't see why I should. But looking ahead, there is a children's book fair in Bologna next year, and it is not even clear whether British Airways planes will still be allowed to land in Italy.

If there's no deal, that would have disastrous consequences. How tough things could become is slowly dawning on the Brits.

Hamburg-born Axel Scheffler , an illustrator and children's book author, has lived in London since 1982. He and British writer Julia Donaldson wrote the bestselling The Gruffalo, which has sold more than ten million copies worldwide and been translated into more than 40 languages.

The American author beat out 235 other candidates to become the Astrid Lindgren Memorial Award laureate for 2018. Woodson has written many works for children that explore racism, economic injustice and sexual identity. (27.03.2018)

Artists After the Escape: Judith Kerr, children's book author at 95

Generations of children have loved Judith Kerr's books, which have become school reading material worldwide. Kerr fled Nazi Germany with her family in 1933 — a personal tale she wove into "When Hitler Stole Pink Rabbit." (13.06.2018)

Inside Europe: Pro-Brexit artists fight back