Grinding poverty in rural Moldova | Europe| News and current affairs from around the continent | DW | 17.12.2013

Moldova is Europe's poorest country according to the UN's Human Development Index. Life in rural areas is marred by poverty and hardship, but it's just signed a new EU trade agreement, so could life be looking up? 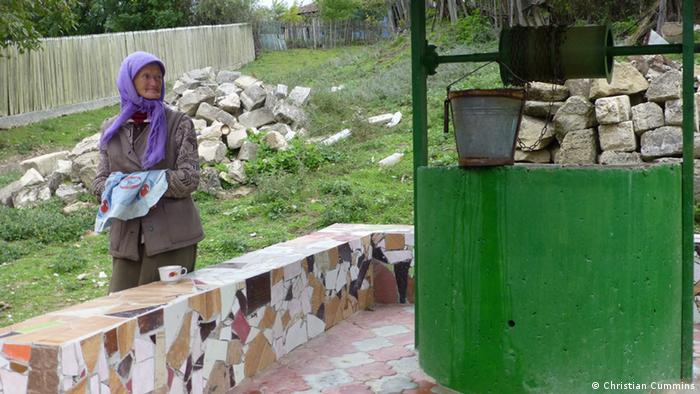 In the village of Grozesti in central Moldova an old woman in a lilac shawl hauls water from the depths of a communal well, turning a cold metal handle until a chain brings the bucket clanking to the surface. It's a hard and time consuming job, but this is the only source of water in this village. Moldova, officially the poorest country in Europe, lacks the means to provide much of the rural population with running water. 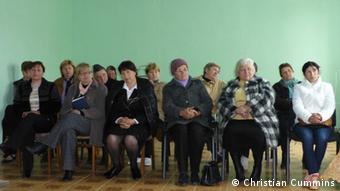 The wells look like shrines. Prettified by pointed roofs on pillars and latticed metal, they are gathering points in the early hours of morning when the villagers queue to fetch their two buckets of daily water. 12 such wells are shared between the 700 households in Grozesti and arguments break out when the water table falls and the water becomes more scarce. It's a situation evocative of Sub-Saharan Africa but Grozesti borders the European Union. The village lies just one kilometer from the banks of the river Prut which separates Moldova from EU member state Romania.

"It would be healthier for locals to drink straight from that river," says development technician Rodica Vasiloi. Due to quirks of the local geology, the water brought up from the wells contains dangerous levels of iron and fluoride. The latter has turned many of the villagers' teeth yellow, a superficial sign of a more worrying problem. "Many locals suffer from stomach problems or kidney problems because of the mineral content," says Vasiloi, "and there are also a lot of water related diseases such as hepatitis." Local doctors say the water problems contribute to premature deaths.

In a bare, under-heated room in the village hall, the village mayor Elena Dobzeu hosts a meeting of local women who have come to voice their concerns. One of the women, Svetlana, claims that 60 percent of the villagers are unaware of the health risks of drinking the water. The only safe option currently is to drink from bottled water, but another woman, Paulina, says the extra cost is a severe burden in a country where the average wage is under 200 euros a month and even less in rural areas. 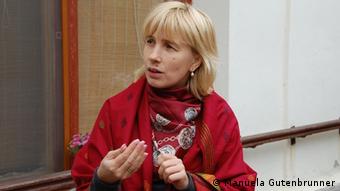 Vasiloi is working on a project mainly funded by Austrian and Swiss aid money which should bring running water to the village by the middle of next year. That will improve things in Grozesti, but on a nationwide level aid money can only patch up the infrastructural problems, it can't solve them. Until the cash-strapped government can afford to invest, many more villagers will continue to rely on wells and a palpable sense of despair will continue to spread. A trip to rural Moldova often feels like a journey back in time, with unpaved roads plied by horse-drawn carts, gaggles of geese nibbling on the verges and the shells of derelict concrete Soviet-era buildings lying forlorn in overgrown fields. It's no wonder that young people see the future elsewhere; either across the Prut in the EU or eastwards in Russia.

A country of emigration

It is estimated that one in three Moldovans of working age has left the country. Rural areas, which in Soviet times were reliant on labor intensive agriculture, have been worst hit. "The politicians say we should be economically independent in the countryside," says one villager, Ylena, at the village meeting, "but how can we build up anything if all the young people leave?"

It's becoming a social problem too. Parents often leave children to be raised by grandparents and Gabrielle Damian, the director of Moldova's Professional Capacity Institute, says this brain drain is one of the greatest threats to social stability. "The young generation is left at home without their parents and without a decent family life and without having prospects for their future." Yet, in the 21st century, who wants to live in a village without water.

It's a vicious circle. Moldova needs youth to drive its economic development, but young talented Moldovans won't stay unless they feel the country is sufficiently developed to offer them a future. That is where Gabrielle Damian comes in. Her institute supports vocational schools: "We're trying to help young people gain the skills that would enable them to stay and build up their country from within," she says. At a school in the capital Chisinau, teenagers and young men and women are learning stone masonry, how to wire electricity, how to repair cars. "I see they are enthusiastic, they are committed, they would like to build a life here at home," says Damian. "They would not want to replicate their own childhoods when their parents migrated. So I think a time for a change has come."

The EU throws a lifeline

Ultimately it will need a major economic boost to create jobs for these eager young Moldovans to fill. Some renewed hope came last month when Moldova signed up to a free trade EU Association Agreement during a summit in Vilnius, Lithuania. The result should be two-fold, says Wicher Slagter, the head of the EU delegation to Moldova. On the one hand the agreement would give Moldovan farmers and manufacturers easier access to the bloc's 500 million consumers. On the other hand, because of strict regulations on governance and industrial standards, it should also trigger "a process of modernization." 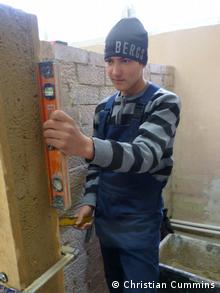 The need for investment is evident on the bumpy road to the small town of Straseni just outside Chisinau. Once an industrial hub, the town is now haunted by the hulks of abandoned Soviet-era factories and the former workers face a bleak retirement. "The average pension is nearly 50 euros and in the villages it is less," says social worker Veronica Timbalari, "and the minimum [required for a basic living standard] is more than 100 euros per month."

Timbalari's elderly support program tries to support the most needy but with so many households lacking electricity, water supply or enough money to heat adequately for winter, Straseni feels like a depressing place at the onset of winter.

Despite these challenges, young radio journalist Daniel Voda, based in Chisinau, is determined to stay. He wants to help Moldova escape its ranking as the poorest country in Europe: "Let's imagine that everyone will leave and then what? Someone just turns off the lights?" he asks. "Somebody needs to change that rating. Someone needs to push the country ahead. Nothing is impossible when you have enough desire."

The former European Parliament president, Pat Cox, talks about the monitoring mission to Ukraine in an interview with DW. He says the mission was a success even if no deal has been reached yet. (29.11.2013)

The EU Association Agreement with Ukraine has failed for now. But it wasn't just down to pressure from Russia, says DW's Christoph Hasselbach. (29.11.2013)