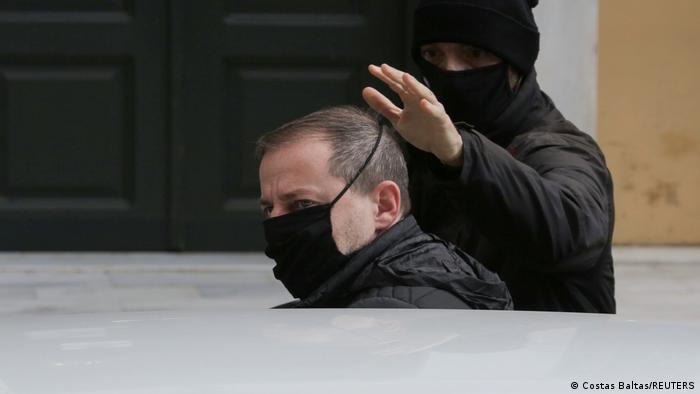 Dimitris Lignadis rejected the sexual assault charges brought against him

Dimitris Lignadis — the former director of the Greek National Theatre — recently resigned over allegations of rape. At least two men accused the famous director and actor of sexually abusing them when they were teenagers.

Allegations first surfaced in early February when an interview with one of the accusers was published on the 2020 mag.gr platform. While the interview did not explicitly name Lignadis, rumors began surfacing that he would soon resign over the accusations.

Lignadis then went public to counter the charges.

"I don't know how these rumors started or what purpose they serve," he said.

Greek Culture Minister Lina Mendoni promptly came to his defense, arguing in an interview no official complaint had been filed against Lignadis.

The Greek opposition has started calling for Mendoni's resignation, accusing her of a cover-up.

Prime Minister Kyriakos Mitsotakis held a parliamentary session on Thursday to debate the "quality of democracy and public dialogue" — possibly as a strategy to counter the Greek opposition.

"Nobody deserves to live in fear and silence," he said, vowing to introduce tougher sentences for sexual abuse and crimes. 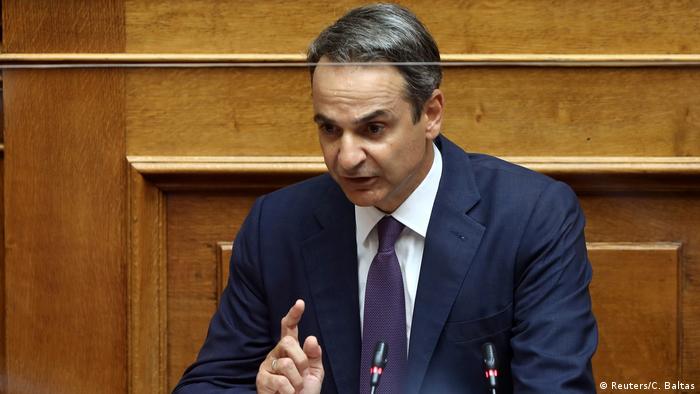 Before legal proceedings could begin against him, Lignadis resigned soon after the sexual abuse allegations against him emerged so as not to "damage the reputation of the National Theatre." He also cited a "toxic climate of rumors, innuendo and leaks" for his departure.

Mendoni expressed her understanding for the move, saying allegations of harassment were too stressful for Lignadis to bear. A government spokesperson said Lignadis resigned for "personal reasons."

On February 19, Mendoni announced she was withdrawing support for Lignadis, saying she had been "deceived by a brilliant actor" and that Lignadis is "a very dangerous individual." The culture minister said she had neither personally known Lignadis before appointing him as director of the Greek National Theatre, nor that she — nor the prime minister — were friends with him.

Mendoni's statements did little to assuage her critics and calls for her to step down intensified. Many Greek artists, all opposition parties and even members of the governing conservative Nea Dimokratia party want to see her gone. They called on her to take responsibility for the Lignadis case and criticized her for branding him "a very dangerous individual" before any court reached a verdict — or even heard a case.

Mendoni appointed Lignadis as director of the Greek National Theatre in 2019, foregoing the usual application process by saying it served the "public interest."

On Sunday, two weeks after the initial accusation, Lignadis was remanded in custody and appeared before a judge on Thursday. In court, he denied ever having sex with minors and insisted he was not present during the alleged incidents cited by plaintiffs.

Lignadis hired Alexis Kougias, one of the country's foremost attorneys, who called the plaintiffs "unbelievable," dismissing them as "professional homosexuals."

Kougias called the Lignadis case an attempt to force Mendoni from office or even bring down the entire government. 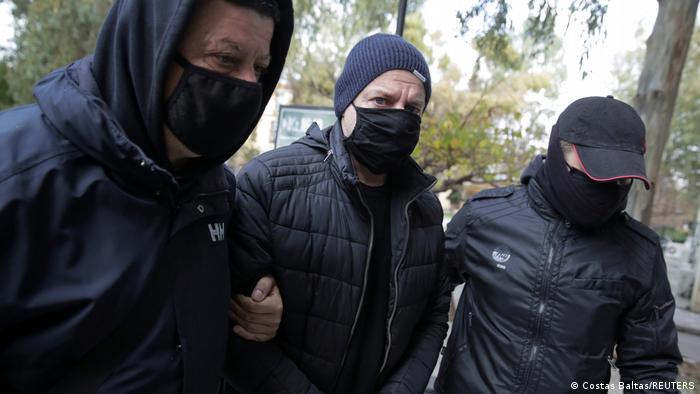 So far, Lignadis, middle, is the only prominent person to face charges amid Greece's #MeToo allegations

The Greek opposition, meanwhile, is convinced the government tried to cover up the case. It has argued that Mendoni only admitted something was awry when witnesses spoke out before the statute of limitations had expired.

Main opposition leader Alexis Tsipras on Thursday told parliament the case amounted to a "major scandal involving an attempted cover-up," accusing the prime minister of "hypocrisy" and other ministers of deceiving the public.

A belated #MeToo movement in Greece

For days, Greek pro-government media outlets and groups of social media agitators play down accusations against Lignadis and claim the left has conspired against Mendoni.

Meanwhile, opposition media outlets and other groups of social media agitators accuse Mitsotakis of protecting homosexuals and protecting them whenever possible.

Very few observers, meanwhile, are paying attention to the courage abuse victims have shown in coming forward with their harrowing experiences.

Olympic athlete Sofia Bekatorou was the first the break her silence in early 2021. The popular Greek sailing champion said a high-ranking functionary had raped her in 1998. Her revelation sparked a Greek #MeToo movement that prompted many more women — and a few men — to publicly accuse famous professors, actors and directors of sexual abuse, physical harm and rape.

Former National Theatre director Lignadis, however, is the only individual to have been arrested.

How serious is Europe about ending violence against women? 11.05.2021

A group of European countries signed a treaty 10 years ago aimed at ending violence against women — and dozens more have joined. A decade on, what's been achieved since the signing of the Istanbul Convention?