Greek public broadcaster ERT back on the air 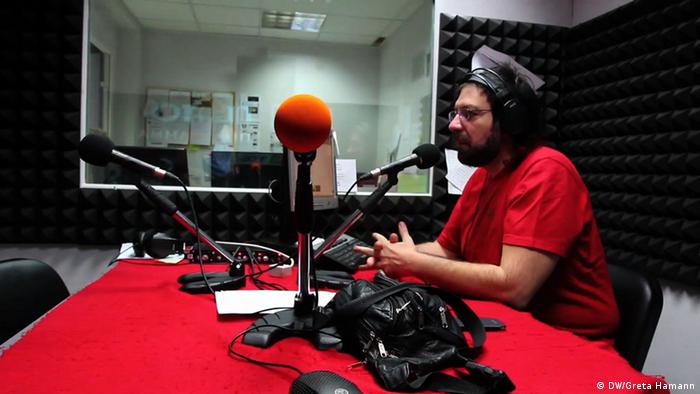 Thursday marked the return of Greek public broadcaster ERT to the airwaves, two years after government austerity measures meant the station got the axe.

The first broadcast was a news program that aired early on Thursday.

In June 2013, the Greek government called for the station to be shuttered as part of the country's austerity measures, which were implemented to comply with the requirements of international bailouts.

Closing ERT was seen by many Greeks as particularly drastic, especially given the suddenness with which the station went off the air. ERT was eventually replaced by a much smaller broadcaster, NERIT.

When the station closed, it employed over 2,500 people. Many employees have now been given the opportunity to get their jobs back. To cover the costs of rehiring the staff, an additional monthly fee has been established and will be passed on to Greek citizens.

Greek Prime Minister Alexis Tsipras, elected in January on a campaign that promised to roll back many of the previous government's austerity reforms, had made it a priority to get ERT back on the air.

He called the broadcaster's closure "a crime against Greek people and democracy."

A bill passed in April with support of Tsipras' Syriza party and its coalition partner, the Independent Greeks. The bill was opposed by the main opposition party, New Democracy, which was in power in 2013 when the decision was made to close the broadcaster.

Greece's new state broadcaster, NERIT, has begun transmissions, 11 months after its predecessor was shut down and many of its journalists were laid off. (04.05.2014)

The Greek government has shut down the country’s public broadcaster. The move is part of efforts to rein in Greece's public debt as demanded by its international creditors. (11.06.2013)

Journalists from the Greek public broadcaster ERT have mounted a show of defiance after a shock budget decision to immediately axe state television and radio. Employees staged a sit-in and continued programming. (12.06.2013)