Prime Minister Antonis Samaras has made an offer to independent MPs ahead of the second round of voting for the presidency. If his candidate does not win by the third round, it could cost Samaras - and Greece - dearly. 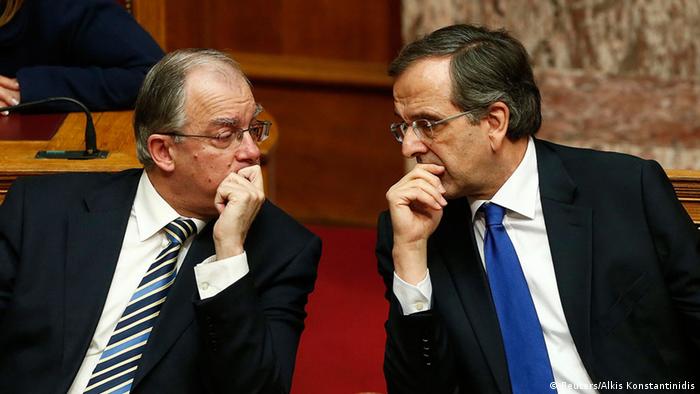 Greek Prime Minister Antonis Samaras has offered a compromise he hopes will get his presidential candidate, Stavros Dimas, elected and thus avoid a snap legislative election that could not only cost him his government, but could also change the economic course of the country as it nears negotiations with its creditors over its bailout.

Ahead of the second round of voting on Tuesday, Samaras offered to bring pro-European independents into the government and hold new elections at the end of 2015, instead of 2016, in exchange for supporting Dimas.

Samaras urged members of parliament to listen to "the voice of national interest and common sense," adding that only then "can we find a suitable timeframe for national elections."

One of the pro-European independents Samaras is trying to court, Vassilis Economou, welcomed the move and called on other independents to do the same. The Democratic Left, which withdrew from the ruling coalition last year, said it would consider their response at a meeting on Monday.

Syriza, a leftist opposition party which currently leads opinion polls and thus stands to gain the most from a snap election, scorned the prime minister's offer, with spokesman Panos Skourletis saying "Mr. Samaras does not want to face the judgment of the Greek people." 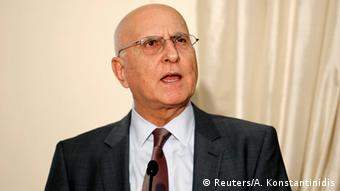 Dimas is an old hand in Greek politics, having held a number of ministerial and parliamentary positions since the 1970s

Dimas down but not out

Although the presidency is largely a ceremonial position in Greece, if the 300 members of parliament do not chose a new head of state by the third round of voting on December 29, Samaras will have to call elections with Syriza leading public opinion by 3.4 percentage points.

Syriza is against the painful austerity measures imposed by Greece's international bailout deal and has said it will reexamine the nation's economic course if elected. The possibility of it taking power shook the eurozone last week and led to a decline in the value of the euro.

Presidential elections were initially brought forward from February to reduce political uncertainty during a time when Greece is to be involved in tough negotiations about the final phase of its bailout with its creditors, the European Union and the International Monetary Fund.

Thus far, Samaras' gamble has not paid off, as only 160 lawmakers voted for Dimas in last week's first round of voting, well short of the 200 votes needed. Although Samaras' coalition has a narrow 155-seat majority, the prime minister had hoped to persuade some of the independent deputies to back Dimas, the former European environment commissioner.

Chances of a compromise have been clouded by charges from one independent Greek lawmaker, who alleged last week that he was offered a bribe worth nearly 3 million euros ($3.7 million) to vote for Dimas.

EU finance ministers have offered Greece a two-month extension of its financial lifeline. Its current bailout was slated to run out this year, but Greece's new budget has failed to pass muster with its creditors. (08.12.2014)