Stavros Dimas has lost the first round of a critical presidential ballot. Should he fail to gain approval of at least 180 lawmakers, it could spell disaster for the nation's economic recovery. 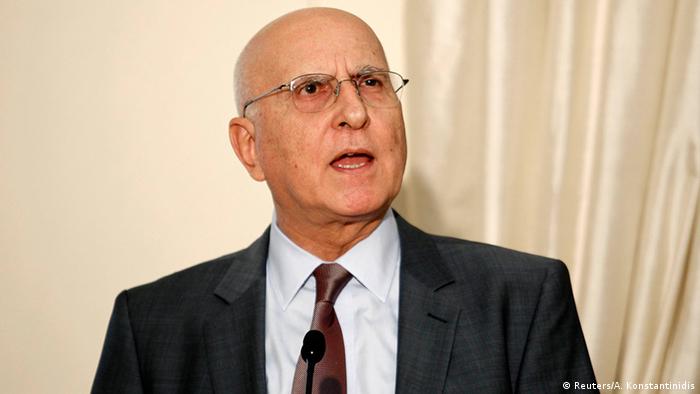 Greek lawmakers entered a high-stakes ballot on Wednesday that could lead to snap elections. Although it is largely a ceremonial position, if former EU Environment Commissioner Stavros Dimas doesn't win the presidential vote, this could pave the way for early legislative elections, and radical leftist party Syriza is currently leading in the opinion polls.

The first round of three votes for the presidency ended in defeat for Dimas. The ruling government only has 155 seats in parliament, and Dimas needed 200. Should a third and final round be necessary on December 29, Dimas will only need 180.

Fears over the future of reforms put in place to tackle the country's economic crisis and to receive a 240 billion euro (300 billion dollar) bailout sent shockwaves through the markets, with Athens stocks losing more than one fifth of the value over four days and reducing the value of the euro.

The election for president has been moved up from February, a huge gamble for prime minister Antonis Samaras, who barely holds on to a majority in parliament. The ballot was moved to Wednesday to reduce uncertainly when fragile negotiations with the nation's creditors, the European Union and the International Money Fund, will be taking place.

The government was hoping to win over at least six opposition members on Wednesday night, as well as several independents, leading to Dimas' confirmation. If they fail to vote him in, Samaras warned, it will be "fatal to the European development of the country."

Dimas is the only candidate, but deputies can avoid voting for him by simply voicing their presence at the meeting and refusing to support him.

Should he fail to get those votes he needs by December 29, the government will be forced to call a general election. If anti-austerity Syriza takes that election, it could be a "Greek tragedy," according to financial analysts. Syriza wants to end four years of painful austerity measures and renegotiate the cash-strapped country's bailout conditions.

"If Greece overcomes the current political uncertainty and stays on the reform path, its recovery could gather further momentum soon. But if Greece reverses the reform progress, it may be heading straight into the economic abyss," one analyst told news agency AFP.

Chinese leaders are visiting Belgrade to advance projects such as their plan to turn Greece's port of Piraeus into a hub for China's trade with Europe. The talks involve 16 heads of central and eastern European nations. (16.12.2014)