The Greek parliament has voted in favor of an inquiry to investigate allegations that senior politicians received bribes from Swiss pharmaceutical giant Novartis. Those accused have denied any wrongdoing. 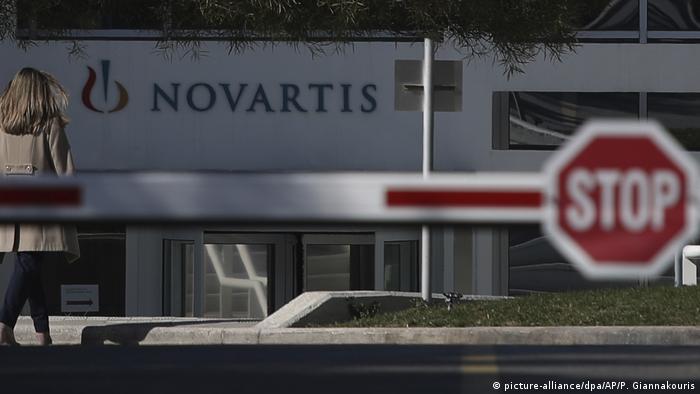 Greek MPs on Thursday overwhelmingly supported a probe into claims that a dozen senior politicians received bribes from or helped promote Swiss pharma company Novartis during their term of office.

The parliamentary commission to be set up for the purpose has a month to recommend prosecution of any confirmed suspects.

Novartis is suspected of having bribed decision-makers and doctors between 2006 and 2015 to build a commanding position in the Greek health market as well as secure inflated prices for its products even though cheaper alternatives were available.

Novartis' overcharging alone is estimated to have cost the Greek state some €3 billion ($3.7 billion). Overall, corruption across the health sector cost Greece some €23 billion between 2000 and 2015, investigators said.

Novartis said it had been cooperating with US and Greek authorities for over a year now while conducting an internal audit of its own.

The Swiss giant has already paid multi-million-dollar fines in the US, China and South Korea to settle corruption cases.

Greek Prime Minister Alexis Tsipras told parliament Thursday he would employ "every power afforded by national and international law" to recover billions of euros believed to have been lost to the health system.

But the suspects have denied any wrongdoing, welcoming the probe as a means to "clear their names."

Yannis Samaras for instance called the allegations "a mud-slinging war." "In a case file of 2,500 pages, there are just two paragraphs mentioning my name; and every single word is untrue," added Avramopoulos, who was health minister from 2006 to 2009.

Since Greece's debt crisis exploded in 2009, creditors have demanded deep governance reforms. Greeks have so far resisted. In their eyes, there are good reasons for that resistance, reports Miltiades Schmidt. (06.04.2017)