Since Greece's debt crisis exploded in 2009, creditors have demanded deep governance reforms. Greeks have so far resisted. In their eyes, there are good reasons for that resistance, reports Miltiades Schmidt. 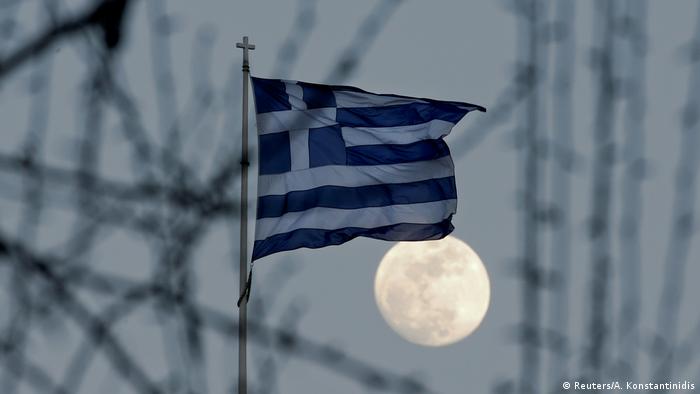 From the perspective of Greece's creditors, it's very hard to understand why the country clings to what they see as fossilized, corrupt and inefficient administrative and economic governance structures. After all, reforms are meant to unleash economic growth and generate new jobs.

But Greeks see things differently. They know that structural reforms would shake the foundations of Greek society - because they would break up a vast and complex web of dependencies, cozy deals, agreements, and relationships that order people's place in the economy and give them some security in an uncertain world. That's why most Greeks believe that despite the government's debt crisis, established structures shouldn't be shaken up.

"Once you're in, you're in, and then you can have a good life." This phrase comes up fairly quickly when one chats with Greeks about the problems in their country. Being "in" means being part of a network characterized by nepotism, favoritism and corrupt dealings, mediated at the center by the Greek state.

To get "in," one needs good contacts. In Greece, it's not possible to get a job even as a municipal garbage collection worker without having contacts. Jobs like that aren't easy to get, and have great advantages - as a sanitation worker, one is classed as a civil servant, and gets paid a secure income in an economically weak and insecure country. 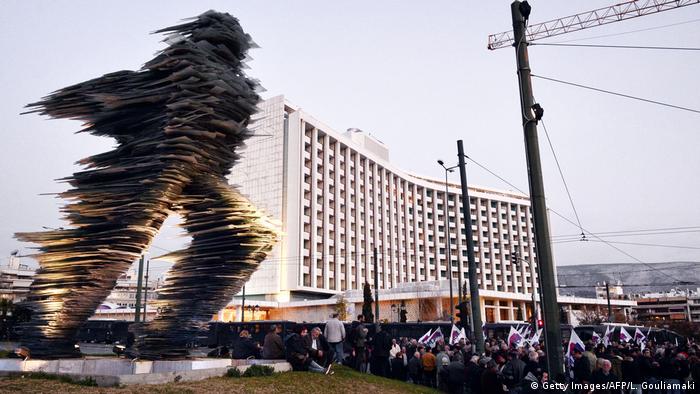 A left-wing demonstration in front of the Hilton Hotel in Athens, March 1, 2017. Greek officials held meetings here with representatives of creditors to attempt to negotiate economic governance reforms in exchange for further bailout funds

The CEO of a municipal agency in a Greek city - who preferred to remain anonymous for this interview - explained how "getting in" works on an everyday basis: "Let's assume my enterprise needs new plumbing-pipes worth four million euros," he said. "A private business will get the contract to deliver pipes to me - but will deliver only two million euros' worth. The other two million will be split between me and my supplier, who will of course provide me with a receipt for four million euros."

Naturally, such contracts are subject to public bidding processes, just as European Union laws and regulations require. But in most cases, the winning contractor has been decided in advance. That's how business is normally done in Greece, even now, with the country in a deep economic crisis.

"Salary cuts aimed at civil servants have generated an increase in the level of corruption," an industrialist from the Athens metropolitan area told DW. He too preferred to remain anonymous. "They're looking for new sources of income," he complained.

On a recent Friday, the businessman said, a civil servant arrived at his business location and announced an inspection. There was nothing out-of-order, but the inspector refused to leave after the inspection. He sat for hours in the CEO's waiting-room, without saying a word. As the hour neared quitting-time, the businessman and his partner discussed between themselves what was to be done with the chap. After all, they wanted to go home to their families for the weekend. Late in the afternoon, they gave him an envelope with a few hundred euros in it, to get rid of him. 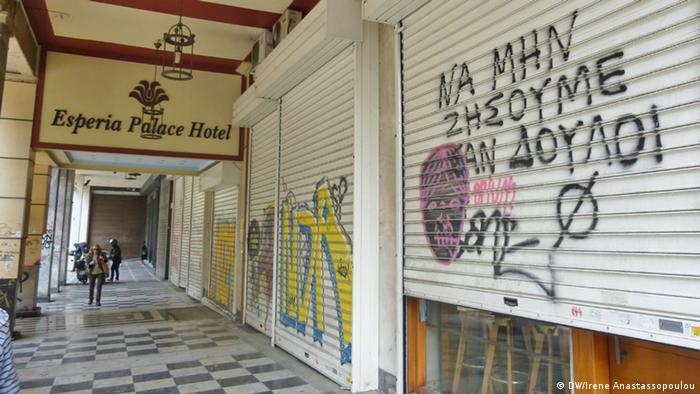 Even one of Germany's marketing powerhouses hit Greek limits

Aldi, a no-frills German retail grocery chain that sells decent quality food at bargain prices, has in recent years seemed unstoppable as it exports its stores and its business model world-wide. No matter where Aldi has opened stores - in the UK, in the USA - it meets with resounding success. Customers love it.

But Aldi's wave of expansion wasn't able to breach Greece's cultural defenses, even though the country's citizens, many of them impoverished by the on-going economic depression, surely might have been expected to appreciate the discounter's low food prices. An industry insider estimates that Aldi's foray into Greece cost the company a billion euros in losses. Aldi's managers grew frustrated with the never-ending stream of questionable demands made by Greek officials and suppliers, and eventually they cut their losses and bailed out of the country.

By contrast, Aldi's major peer rival in Germany, the Lidl food discounting chain, stuck with their foray into Greece and has managed to turn a profit, although Lidl had - according to the industry insider - paid vastly inflated real estate prices for their store locations in Greece. 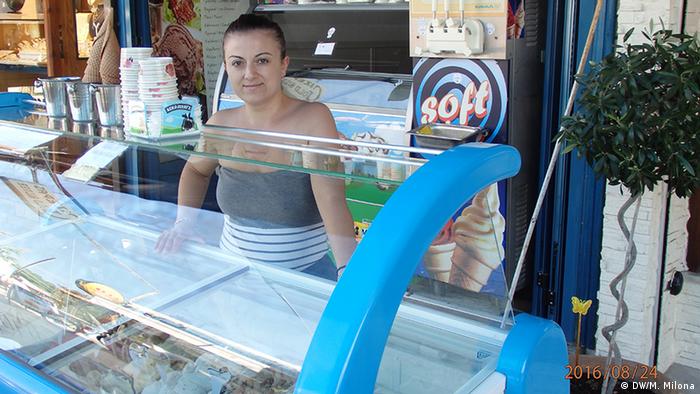 Growing tourism in recent years has provided some hope for the Greek economy, including small shop owners who are benefitting from rising numbers of holiday-makers.

Hopes are pinned on the younger generation

Generation Y (born 1980 - 1995) is the first generation to question the country's culture of corruption and nepotism since Greece achieved independence in 1821 from the Turkish Ottoman empire. Many of its members don't want to accept these ways of doing business that continue to drag the country down.

Generation Y is better educated than any previous generation, but only 10 percent manage to find an adequately paid job. The rest are unemployed, or stumble through life as badly paid freelancers, taking in perhaps 400 or 500 euros a month.

This new generation refuses to pay bribes, and instead waits until an application to conduct a business or a project has wound its slow way through government agencies, even if it takes longer.

"It works out," according to entrepreneur Konstantinos Konstantinidis. "Our parents' generation brought this country to ruin. Now it's up to us to learn from their mistakes."

Konstantinidis is proud that he produces something, that his medium-sized business is productive, and doesn't wait on the next state contract - unlike a great many other companies in Greece.

Many members of Generation Y are self-employed, setting up tiny businesses - perhaps offering dance lessons in a small town in the countryside, or farming olives on their parents' land. Nearly every Greek family still owns a patch of farmable land.

The new generation, it seems, doesn't need as much money to live on as their parents did. Their parents' lifestyle is, in any event, unachievable for most of them. Nor do these younger Greeks have power in the land, at least not yet. But it is they, if anyone, who will at long last bring real change to Greece - change that, in Greece, would be revolutionary in character.

The man formed an "Islamic State" cell with other locals of Tajikistani origins. They had first planned to shoot dead an Islam critic inside Germany.