Greek economy slides back into recession | Business| Economy and finance news from a German perspective | DW | 15.05.2017

Greek economy slides back into recession

A first-quarter estimate by statisticians has suggested the Greek economy has slipped backed into recession. The cash-strapped southern eurozone nation is facing fresh spending cuts - and more protests by workers. 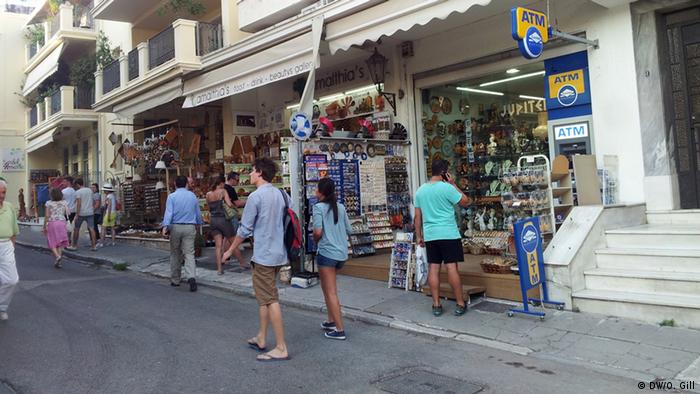 The marginal drop at the beginning of the year followed a more pronounced 1.2-percent decrease in GDP in the October to December period.

For economists, two straight quarters in negative territory are enough to speak of a recession.

The European Commission last week lowered its growth outlook for the country, predicting the economy would grow by 2.1 percent in 2017, down from its previous forecast of a 2.7-percent annualized expansion rate.

Ending six months of bickering between the government and international creditors, a deal was struck last week on a new austerity package as a precondition for more financial aid from lenders.

But the package looks hard to sell to workers across the nations. The PNO ferry workers' union on Monday announced a 48-hour strike starting Tuesday. Not a single ferry is to depart from ports in the Aegean Sea during the stoppage, meaning that islands without an airport will effectively be cut off.

Greece has been warding off bankruptcy over the past seven years and is due to repay more than 7 billion euros to the European Central Bank (ECB) and the International Monetary Fund (IMF) in July.