With purges intensifying, rich Turks are mopping up real estate in Greece. Old tensions may loom, but the incentive for secular Turks is sweet: visa-free stay in an EU member state. Anthee Carassava reports from Athens. 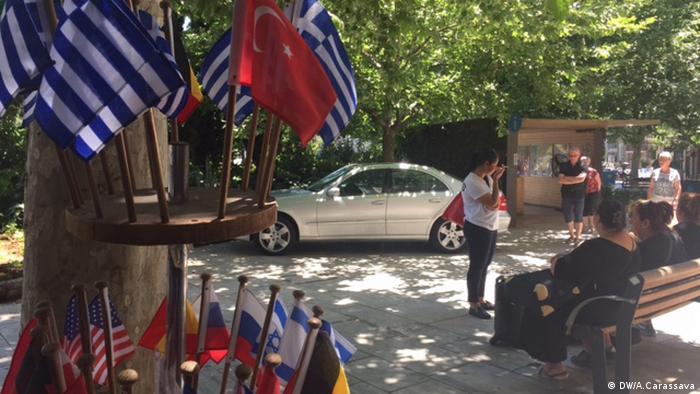 A lanky man in a bright red shirt paces across a wood-paneled waiting room. He peers out of the window, then plops into a comfy black chair, bouncing back up again within minutes to place a string of telephone calls, pacing the room once again.

Unnerved by the presence of a reporter, the lanky man shies away from any conversation, refusing to divulge his name and details of his family and their whereabouts.

"I'm just looking," he says, glancing over a listing of apartments on sale in central Athens, making casual and polite talk.

When the conversation, however, shifts to developments in his homeland, the mid-aged man raises a critical eyebrow. And when the name of Turkish President Recep Tayyip Erdogan comes up, he breaks his silence. "I never trusted that man," he tells DW in broken English. "God knows what he is capable of and what more he can do. One can only be prepared."

For hundreds of thousands of secular Turks concerned about Erdogan's descent from democracy, Greece is proving a surprise escape. 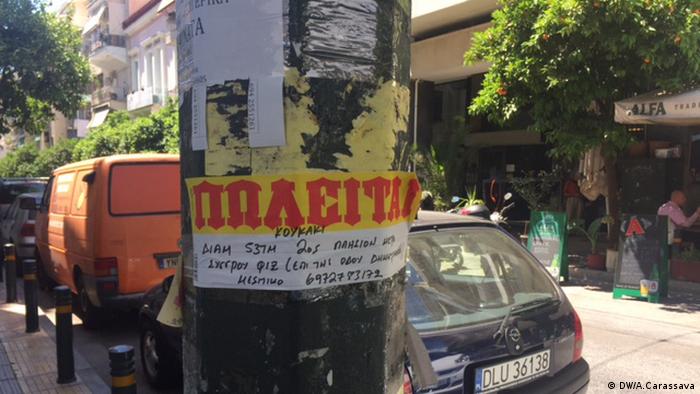 Since a mutinous faction of Turkey's armed forces moved to overthrow the government there, real estate agents in Athens have been inundated by Turkish clients. Many realtors speak of a 50 percent rise in interest in the past year. But following the April referendum that gave sweeping powers to Erdogan - intensifying a colossal purge tearing the heart of any remaining hope of democracy that depends on independents voices, justice and an unfettered political competition - interest has rocketed even further.

"My phone can't stop ringing," says Kostas Arslanoglou, a realtor with Central Real Estate receiving up to 50 calls a day from prospective buyers.

"And look," he tells DW, logging into the Turkish-language website investgreece.gr website that he set up recently to accommodate clients, mainly from Istanbul, Izmir and Ankara. "Just today I have had 353 views."

That's 10 times more than the 37 Turkish nationals who searched his site ahead of the April 16 referendum.

"Turks have a knack for rebounding and maneuvering during crises," he says. "So what this new-found interest comes down to is not that Turks have suddenly decided to pick up their belongings and move to Greece," says the Turkish-born realtor, "it's that Turkey's wealthy, well-educated 1 percent is preparing for a 'Plan B' if things go really sour there."

With Greece offering visa-free stay for investments over 250,000 euros, well-to-do Turkish families are mopping up real estate deals to secure the future of their offspring.

On one sunny afternoon this week, the lanky man in the bright red shirt met up with Arslanoglou to survey a number of flats in central Athens. Hours prior, and as the Turkish government mounted a fresh crackdown on dissent and free expression, a high-profile Turkish newscaster flew to Athens to close a deal, purchasing a seaside penthouse along the Greek capital's southern suburbs. 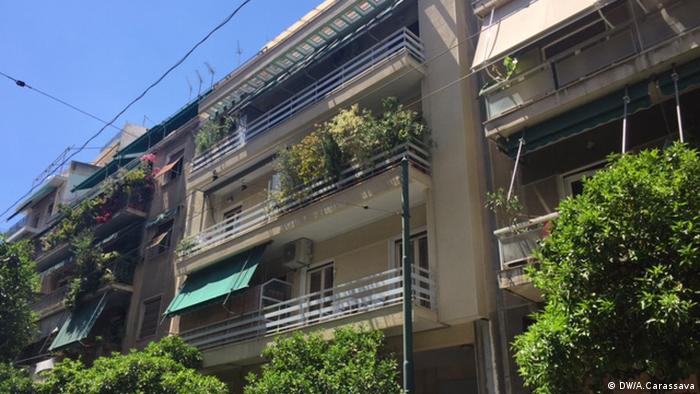 Under the so-called Golden Visa program, Greece offers five year visa-free stay to investors and their immediate family. The plan was set up in 2013 to attract much-needed foreign capital, luring deep-pocketed Chinese, Egyptian, Lebanese and Russian nationals. Since then, only 49 visas had been issued to Turkish nationals.

In the month that followed the July attempted coup, Greece's interior ministry issued 21 permits, decreeing 100 percent more in the last three months, in the run up to the controversial April referendum. Scores more are said to be being processed, while the government, eager to attract more investments, is considering dropping the 250,000 euros benchmark investment for the Golden Visa program, according to local media.

"Our most modest projections," says Ioannis Ziavras of the Remax real estate agency, "forecast a 30-percent rise within the next six months."

Just a decade ago, a mere blink in centuries of testy ties and bad blood between rival Greeks and Turks, such interest would have been snubbed. But now, strapped for cash, seven years into a devastating crisis that has seen property price plunge by as much as 50 percent, many locals claim they can not afford to be defiant.

"I've been trying to sell a flat for over a year to pay tens of thousands of euros in debt and back taxes," says Michalis Zafiriou a young restaurant owner. "I couldn't care less whether a Turk picks it up."

Others, though, remain wary. "We must not forget. And all, is definitely not forgiven," Maria Beinoglou, whose parents were forced out of Istanbul last century and who defiantly still calls the city Constantinople, told DW. "These people, though, are not to blame. It's politics and Erdogan we have to keep under close watch."