Foreclosed Greek homes go under the online hammer | Europe | News and current affairs from around the continent | DW | 15.02.2017

Forced auctions of properties are seen as essential to restore Greece's banking system. But protests have stalled the process. Online auctions could solve the problem, as Pavlos Zafiropoulos reports from Athens. 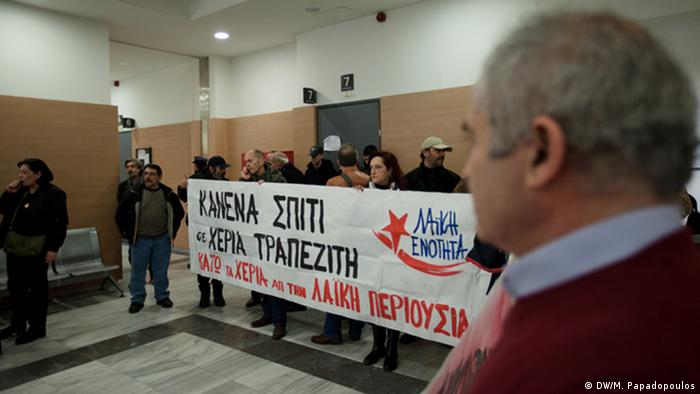 Every Wednesday at 4.00 pm, Dr Leonidas Papadopoulos, a qualified eye surgeon has the same appointment. But it is far from any operating theater or exam room. The 35-year old is a member of the group 'Den Plirono' (I Won't Pay), an activist movement that was born in the early years of the Greek crisis out of anger at steep hikes in road-tolls and taxes. Today the group has an additional target: the auctions of homes seized to settle bad debts.

By law, such auctions take place at district civil courts across the country every Wednesday between 4 and 5 pm. This weekly schedule is now also being kept by demonstrators and activists such as Papadopoulos who seek to noisily disrupt the proceedings and render the effective conclusion of the auctions impossible.

"What we are doing is protecting the people's wealth from auctions that are conducted primarily by banks," Papadopoulos told DW at a recent protest at the Athens District Civil Court. 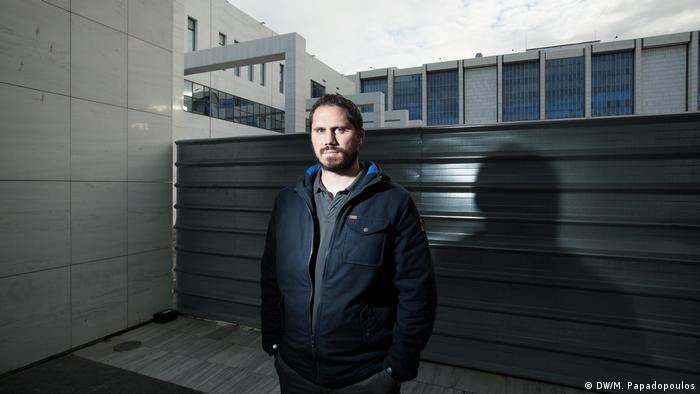 Den Plirono is just one of the movements taking part in the protests. Fringe political parties on the left and right have also played active roles together with ordinary Greeks incensed at recent government moves to increase the number of auctions of delinquent debtors' properties.

The protests have been remarkably successful. Over the last six months only a few hundred auctions have actually gone ahead out of the thousands planned. This has caused a growing headache for the government at a time when it is struggling to complete the final review of its third bailout program.

Auctions of properties to settle bad debts are seen as key to returning Greek banks to health by helping reduce the burden of non-performing loans. These currently stand at roughly 110 billion euros, or 50 percent of the banks' total loans. Under pressure from its lenders, in the summer of 2016 the Greek government passed measures allowing the sale of delinquent mortgages and small business loans to international funds, a move seen by many as yet another betrayal by the SYRIZA-led government

This helped fuel the anger of the protesters vowing to protect the homes of Greek families already suffering from the effects of the economic depression.

"The banks are not going to be recapitalized through auctions," Papadopoulos says. "We know that the banks are now zombies that under no circumstances are fulfilling their role [of providing credit] and are instead currently sucking the blood of the Greek people… They are operating as a tool for the violent redistribution of agricultural land, small businesses, and homes to international cartels which will take control of the Greece's debt crisis real Greek economy."

Caught often literally in the middle of the turmoil are the country's notaries, the legal officials tasked with executing the property auctions. While they support the protection of primary residences from auction, many argue that the actions of the protesters are so broad as to do more harm than good. 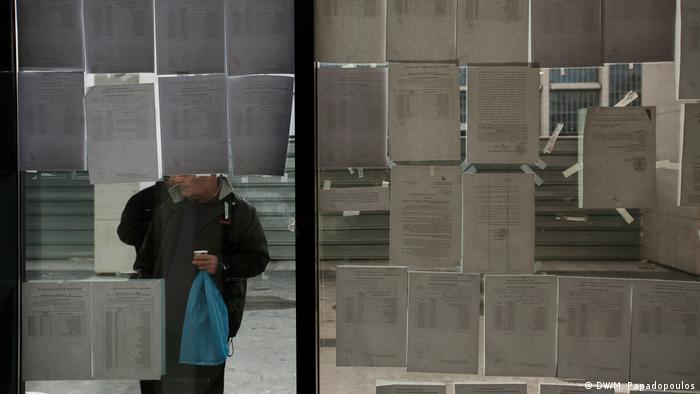 "It cannot be that no auctions happen at all," Eftihia Karastathi, General Secretary of the Athens Association of Notaries, told DW. "Because it isn't just banks that seek auctions... Sometimes it is workers seeking unpaid wages, or spouses seeking childcare payments. There are also many cases when the debtors themselves want auctions to go ahead so they can settle their debts."

A world wide web of auctions

To avoid cracking down on protesters and making itself even more unpopular, the SYRIZA-led coalition government has announced a plan to move the auctions to a web-based platform, circumventing the district civil courts, and the disruptive protesters entirely.

Such internet auctions would operate in much the same manner as the current system in the district civil courts, with notaries collecting sealed bids for properties and the necessary financial guarantees via the platform. Furthermore the system would make it far easier for buyers abroad to bid on Greek properties, potentially injecting additional foreign funds into the Greek property market.

Karastathi is among the team of notaries currently working with the government to develop the auction platform which is due to begin its rollout in March. According to some estimates as many as 10,000 auctions could take place per month once the system is up and running.

"It's a very big challenge and we hope that it will have a happy ending," she says. 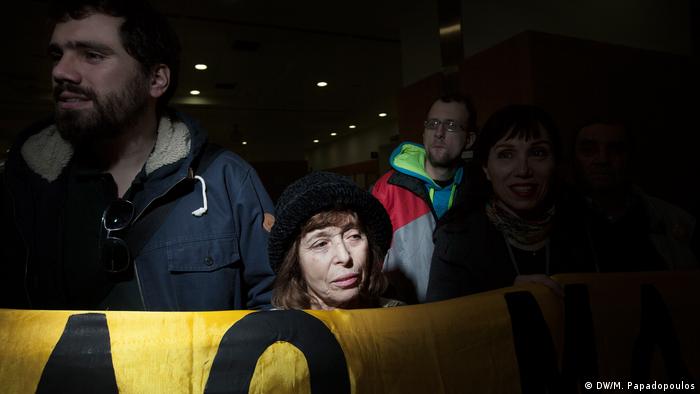 For their part the protesters acknowledge that once the auctions move online, they will have to rethink their tactics. However many warn that popular anger will likely only grow.

"I think that they will achieve a lot less than they are expecting," Dimitris Sarafianos, a founding member of the leftist Popular Unity party, told DW outside the Athens District Civil Court. The pro-drachma party, which was formed following a rift in the governing SYRIZA party in the summer of 2015 has sought to capitalize on growing anti-euro sentiment in the country by positioning itself at the forefront of the auction protests.

"There may be a lot more people going to a lot more places to stop this process. And don't forget that after the auction there is another process, which is eviction. And there I don't know how the people themselves will react when they come to take their homes."

It's a sentiment that Papadopoulos echoes, "The [electronic auctions] will have a huge social and political impact...And of course they will make stopping them more difficult, that is what they are designed to do," he says, "But we have a lot of imagination."