Greece to remove all migrants from Idomeni

Athens plans to relocate over 8,000 refugees from the camp near Macedonian border, officials say. Some 50 riot police squads are to be deployed to Idomeni, according to a police source. 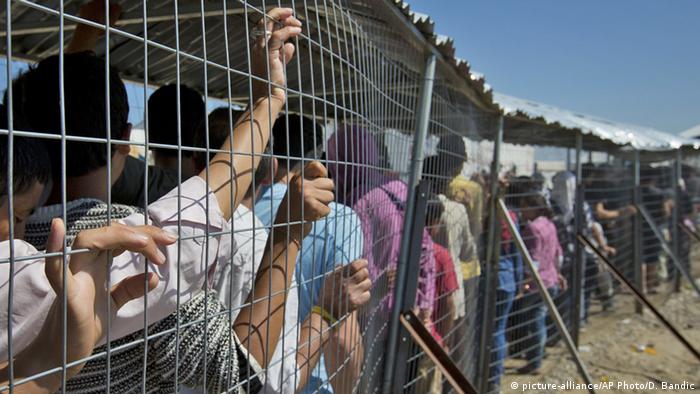 "We will carry out a broader transfer operation as we have 6,000 available places in reception centers," the official said about the relocation effort in Idomeni camp.

In a separate interview on Monday, government spokesman Giorgos Kyritsis said the evacuation would start "tomorrow, the day after and will be completed in a week, at most 10 days." 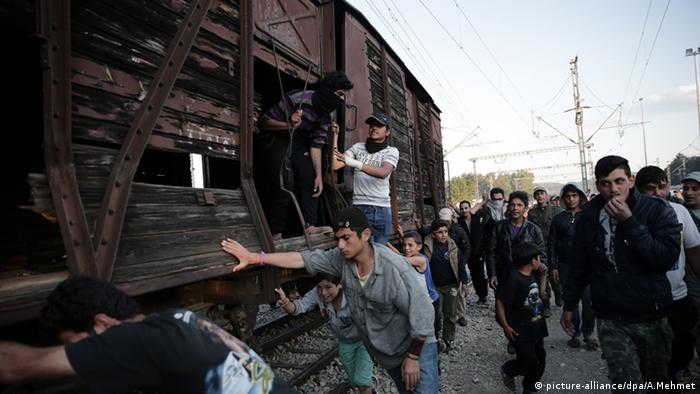 Refugees have blocked a railway link with Macedonia

Holding out at the border

The number of refugees in Idomeni camp started to swell in February, after countries along the so-called Balkan route stopped waving migrants through. There are still over 8,000 people in the camp who hope to cross the Macedonian border.

The refugees have refused to move to accommodation elsewhere in Greece, despite harsh conditions that have forced a large number of them to sleep in the open. In addition, some 2,000 asylum seekers have been blocking a railway track to FYR Macedonia.

Last month, several thousand of the camp's inhabitants clashed with Macedonian police in an attempted to storm the border. Around 260 of them were injured.

"Removing all the refugees from the disgrace which is Idomeni is in their own interest," spokesman Kyritsis told state TV on Monday.

The government intends to move out all of the newcomers, according to the official.

No 'problem' with leaving

The gradual evacuation is set to start on Tuesday evening, a police source told the Reuters news agency. Athens is set to deploy 50 riot police squads for security, and migrants blocking the railway would be removed first, according to the officer.

Another police source told the AFP agency that reinforcements had been moved to the area "to forestall reactions by a minority of migrants who could have a negative response." However, he said that most of them "would not have a problem with leaving."

"In the last two weeks, there has been a 'mild' evacuation effort (through persuasion) that has already seen 2,500 people move out... this will continue," the officer said.

Kyritsis also said that government was not planning a police sweep operation, but confirmed that the railway connection would be cleared.

"The rail track will open for the train to pass through normally but the fundamental thing is for the people to be transferred to where the conditions are humane," according to Kyritsis.

"A thing like Idomeni cannot be maintained. It only serves the interests of smugglers," he said.