A senior spokesman for the Greek government has said Athens will have no choice but to default if the country's bailout lenders do not provide fresh funding by early June, when a repayment to the IMF comes due. 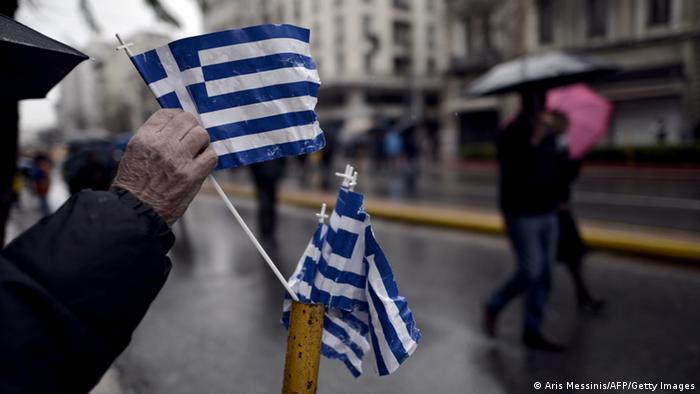 Athens is supposed to make a 1.5-billion-euro payment ($1.6-billion) to the International Monetary Fund (IMF) next months, starting with 300 million euros on June 5, as part of its obligations in servicing the country's massive sovereign debt - most of which is now held by other Eurozone nations' governments. But according to Nikos Filis, a senior lawmaker from the ruling Syriza party, Greece won't be able to make the payment unless it receives a new loan from its foreign creditors.

"Now is the moment that negotiations are coming to a head. Now is the moment of truth, on June 5," Mr. Filis told Greece's ANT1 television: "If there is no deal by then that will address the current funding problem, they won't get any money."

Talks between Athens and its creditors have stumbled over Athens' demand to be given a green light for a partial rollback of some "reforms" agreed by previous governments, including sharp reductions in state pensions. Athens agrees that the national government's budget should remain balanced - but insists that too high a proportion of the budget is currently going to make debt payments, leaving it too little money to make investments aimed at restarting economic growth.

Reducing the rate of debt repayments would require restructuring Greece's sovereign debt - in other words, paying it down more slowly, over a longer time-frame. That's something that Greece's finance minister Yanis Varoufakis has said is necessary since long before he entered politics in 2014.

Varoufakis, an economics professor who spent much of his career outside Greece, in England, Texas, and Australia, has long advocated a set of policies for rescheduling not just Greece's, but all European countries' debts, and for taking measures to restart growth. He has published his proposals in a document entitled "A Modest Proposal for Resolving the Eurozone Crisis" - and he has presented them in many public talks. But so far, he has been unable to interest his fellow European finance ministers in his ideas.

"It is frustrating that we are not able to speak with each other in a context where arguments count more than relative power," Varoufakis told the German weekly Die Zeit, referring to his German counterpart Wolfgang Schäuble. Varoufakis said Schäuble had made mistakes in his analysis of Greece.

Among the policies Athens is considering in order to increase its ability to make its payments is a special tax on banking transactions - though discussion of the proposed levy is at an early stage. The proposal would see Greece levy a tax of 0.1 or 0.2 percent on all Greek bank transactions over 500 euros. According to an analysis published in the conservative "Kathimerini" newspaper on Wednesday, that could bring 300 to 600 million euros per annum in the state's revenue office.

Prime Minister Alexis Tsipras' government has made it clear that if talks collapse, it will pay pensioners and public workers before servicing debt. Tsipras is set to lobby European leaders at an EU summit in Riga, Latvia this week.

Analysts say the Greek government's cash squeeze is real and increasingly acute. Fresh aid will be needed in order to stave off bankruptcy. Greek has already resorted to desperate measures in the past several weeks to scrape together the cash to make instalment payments on its debt - for example, the government confiscated money from the accounts of a range of state-owned entities.

Moody's credit ratings agency said Wednesday there was a high likelihood that capital controls and a freeze on deposit withdrawals could be imposed by Greece's government to prevent a run on banks in coming weeks, in light of depositors' growing fear that national bankruptcy may be imminent.

If the government does default on some loan payments, that need not necessarily result in Greece's exit from the eurozone. About four-fifths of Greeks want their country to stay in the currency union, fearing massive depreciation and inflation if Greece were to drop the euro and return to a national currency.

Dutch finance minister Jeroen Dijsselbloem is the head of what in EU circles is known as the Eurogroup, which comprises all the eurozone's finance ministers. He told the Dutch daily "De Telegraaf" on Wednesday that he considered it unlikely that a deal would be reached between Greece and its creditors this week. Other topics would dominate at the EU leaders' summit in Riga on Thursday and Friday, he said.

Another opportunity for discussions between Greece and some of its creditors may present itself in Dresden during the second half of next week (27.5. - 29.5.) at a meeting of G7 finance ministers.

In a separate interview with the Dutch TV channel RTL, Dijsselbloem claimed that some progress had been made in technical talks with Greek representatives in Brussels, but added: "I say that with all due caution."