The firing comes amid a public outcry over the government's handling of the wildfires that killed 90 people near Athens. The minister responsible for the country's police has already put in his papers. 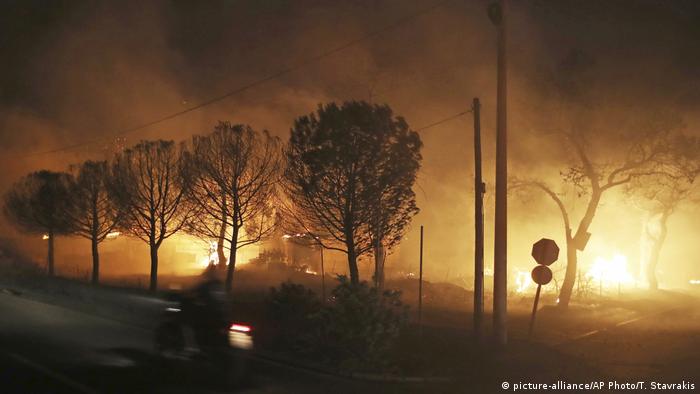 The Greek government replaced the chiefs of its police force and fire service on Sunday after facing flak for its handling of the devastating fires last month.

The heads of both emergency services were replaced with their deputies, a statement from the office of Prime Minister Alexis Tsipras said.

The statement made no direct mention of the July 23 wildfires that killed at least 90 people near Athens, with the resort town of Mati among the worst affected areas.

Greek authorities say they suspect arson was behind the deadly forest fires and blame haphazard and unlicensed building for the high number of casualties in Mati.

But opposition parties have criticized the government for failing to provide adequate warning and to evacuate people from Mati, which has seen wildfires in the past.

Both the police and the fire departments have put out conflicting reports on what went wrong.

Earlier this week, one police union said officers had not been promptly notified by the fire department of the fire's exact location in order to set up diversions in the area. This resulted in many drivers being mistakenly diverted into the path of the fire.

Rescuers have discovered more bodies in gutted homes, raising the death toll to 81. US combat drones and surveillance aircraft were being used to determine whether Monday's fires had been started deliberately. (26.07.2018)