Greece raises hopes of recovery | Europe| News and current affairs from around the continent | DW | 25.02.2014

After months of wrangling, the EU's financiers are back in Athens. The Greek government says it has successfully implemented austerity measures, and claims that a recovery is already underway. 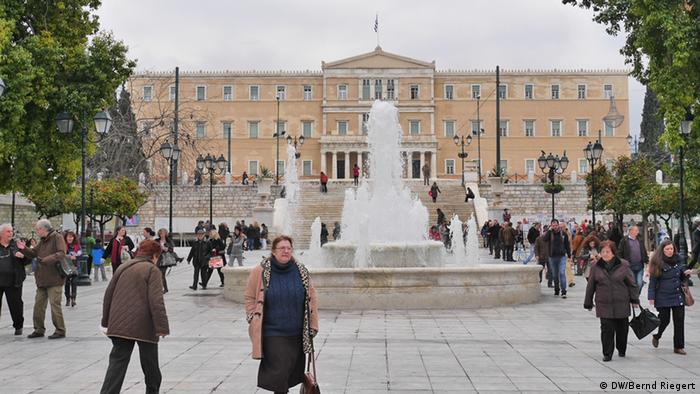 Greece's central bank reports that, in the past year, the crisis-stricken country actually exported more goods and services than it imported. Such a current account surplus has never been recorded in Greece since statistics were introduced 66 years ago.

Panagiotis Petrakis, Professor of Economics at the University of Athens, says that the surplus, which at 2 percent is surprisingly high, is due to a number of factors. "Revenue from tourism increased by 15 percent in 2013, while expenditure on energy imports and heating sank considerably," he explains. "Overall, the Greek export industry has stabilized, although it can't be denied that there was a minimal contraction in 2013."

It remains to be seen whether or not the surplus can be maintained. As Petrakis explains, the Greek economy is structurally dependent on imports, and as soon as the economy picks up, demand for imported items will inevitably rise as well. However, Petrakis believes that the tourism boom in Greece will last, as hotel owners have lowered their prices. 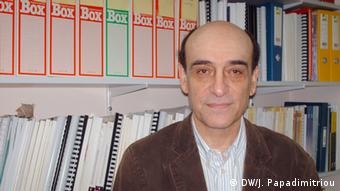 Until now, economists have held the so-called "twin deficit" primarily responsible for Greece's economic plight. By this they mean the existence of a current account deficit and a budget deficit simultaneously. This is a sign that a country is consuming more than it produces, and that in addition the state is taking on debt in order to be able to buy more.

But the government in Athens believes it is on the right path, not only with regard to its trade balance. According to its figures, Greece has said that for the first time in 11 years it has a primary surplus. This means that, in 2013, the state's revenues were greater than its outgoings. However, when calculating the primary surplus the burden of interest on old debts is not factored in.

The financiers want to wait a little longer before they praise Greece for making good progress, or hold out the prospect of either more financial aid or debt relief. The so-called Troika - consisting of representatives of the European Union (EU), the European Central Bank (ECB) and the International Monetary Fund (IMF) - started examining Athens' reforms on Monday (24.02.2014), and is due to submit its report in March.

April 23 is a particularly important date: That's when the European statistics office, Eurostat, will publish data on all the EU member states' public deficits. The government in Athens hopes that this will officially confirm the positive shift in its national debt.

Critics, however, say that the only reason it has achieved a primary surplus is because the country is either not paying its bills, or is paying them late. They also complain that small businesses are being overburdened with new tax regulations, and are being treated unfairly in comparison to state concerns. Anyone who owes money to the government pays interest of 8.76 percent if they pay late. The penalty for state debt, however, is interest at only 6 percent.

Petrakis estimates that the government owes between 7 and 8 billion euros in unpaid invoices. "At the moment, these items are not being factored in," he points out. "It's possible that they are negotiating with the Troika about them."

However, he adds that what is more important than the sum itself is the question of whether the debt will continue to grow. That's not the case at the moment, he explains: but it will only be possible to get a clear overview after the Eurostat data is published in April. 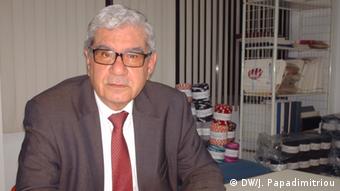 The conservative prime minister Antonis Samaras is now stating that Greece has successfully implemented the austerity measures prescribed by the EU, and insisting that Greece be offered debt relief, preferably before the upcoming European elections. The Troika are responding cautiously: For their part, they want to see further reforms. This tug-of-war could go on for quite some time.

Dimitris Armenakis, a textile merchant and head of the trade association in the Attika region, warns that the Greek government needs to proceed with caution, and should be very careful about implementing its austerity measures in order not to endanger any recovery. "In the last quarter of 2013 the market definitely picked up - we thought we were out of the woods," says Armenakis. "But this year we've had yet another setback to deal with, because of speculation about new increases in taxes, welfare cuts and job market upheaval."

The businessman is not one of the many critics who claim that the Troika is to blame for Greece's economic plight. As far as he's concerned, the fact that Greeks have had to reduce consumption and, above all, cut imports is part of a market adjustment. Consumers who have been over-liberal in spending their money in recent years are now suffering the consequences, he says.

In 2013, Greeks experienced their sixth consecutive year of recession. They're hoping that, in 2014, things will start to look up again. And it's not just the business community that's counting on consumers contributing to the much-vaunted upturn: The political fate of Prime Minister Samaras also depends on it.

The European Commission has marginally increased its growth prediction for the 18-member euro area for this year. The forecast was based on higher expectations in Germany, with southern members still causing a headache. (25.02.2014)

The Greek government is optimistic about the economic situation. But Greece's top managers are still unconvinced. Are state officials just hoping for the best or is the end of the crisis near? (13.02.2014)

Greek start-ups: a success story amid the crisis

Start-ups often spring up from nowhere and disappear just as quickly. In Greece, only a few have managed to survive. Besides examples of innovation and entrepreneurship, they could also be a sign of economic recovery. (10.02.2014)