The Greek parliament has changed a century-old law that gave Islamic courts priority over family law matters among the Muslim minority in Western Thrace. Greece is the only EU country with Islamic religious courts. 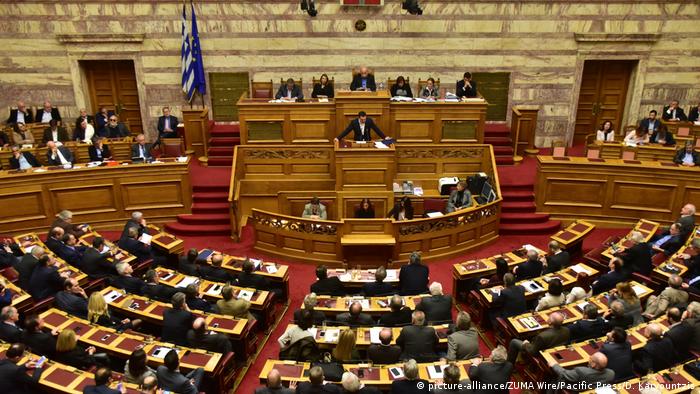 Greek lawmakers on Tuesday overwhelmingly backed legislation to limit the purview of Islamic religious courts over the nearly 120,000-strong Muslim minority in the region of Western Thrace.

Islamic religious courts will only be able to rule in family law matters such as divorce, child custody and inheritance if all parties agree, under the new law supported by major parties. Regular Greek law will apply in cases where all parties do not agree to a religious court settling a dispute.

Prime Minister Alexis Tsipras called the vote a "historic step" that "extended equality before the law to all Greeks" while respecting the "special characteristics" of Greece's Muslim minority.

Greece is the only EU country that has Islamic religious courts.

State-appointed clerics, known as muftis, have resolved family law matters among Muslims in Western Thrace under the 1923 Treaty of Lausanne between Turkey and Greece following the collapse of the Ottoman Empire.

Among other things, the treaty involved a population exchange of some 2 million people between Turkey and Greece, except for on some Aegean islands, the Greek Orthodox community in Istanbul and the largely Turkish-speaking Muslim community in Western Thrace. Women of Greece's Muslim community in Komotini, northeastern Greece, read the Quran at a mosque

The Greek Orthodox and Muslim minorities were given certain minority language, cultural and religious rights under the treaty.

But in a strange twist of history, the Muslims of Greece fell under Islamic law while Turkey moved to a secular legal system in the Turkish Republic.

The Muslims in the northeastern corner of Greece near the border with Turkey are mostly ethnic Turks, although there is also a Bulgarian-speaking Pomak community.

Turkey has long taken an interest in what it deems Turkish-ethnic brothers in Western Thrace, drawing accusations from Greece that Ankara is interfering in its affairs.

Greece has been reluctant to change the law around Muslim family matters, fearful that it could prompt Turkey to request changes to the Lausanne Treaty.

During a visit to Greece last month, Turkish President Recep Tayyip Erdogan insisted that Athens was failing to adhere to the treaty by refusing to respect the country's Muslim minority. 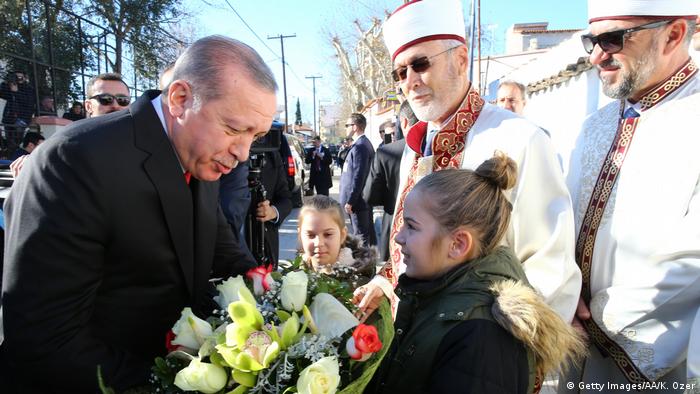 The change to the law comes as the European Court of Human Rights (ECHR) is expected to rule later this year on a case that could have been embarrassing for the Greek government.

A 67-year-old widow, Hatijah Molla Salli, from the city of Komotini in Western Thrace filed a complaint against Greece over an inheritance dispute with her late husband's sisters.

Salli won an appeal in the Greek secular justice system, but the supreme court in 2013 ruled that only a mufti had the power to resolve Muslim inheritance issues.

A new gender identity law will likely improve the lives of transgender people in Greece. But before it was passed, Greek Orthodox clergymen railed against the bill, even threatening to excommunicate transgender people. (17.10.2017)

While Recep Erdogan visits Greece as the first Turkish head of state in 65 years to do so, Turks who recently fled reflect on what compelled them to go. Marianna Karakoulaki and Dimitris Tosidis report from Thessaloniki. (08.12.2017)