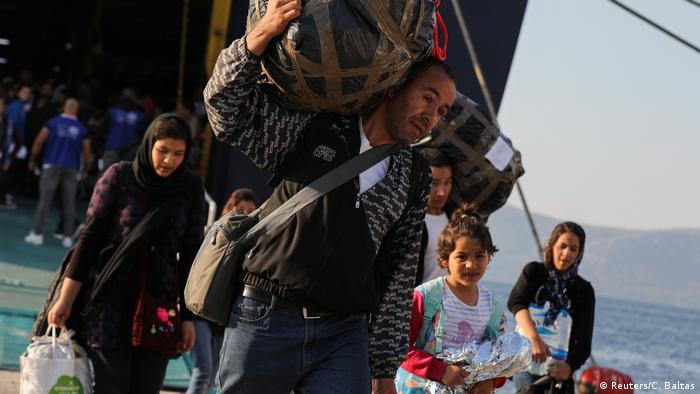 Greece is predicting up to 100,000 asylum-seekers to arrive on its islands from Turkey in 2020, placing a further strain on its already bursting migrant camps.

"The crisis is happening now, and it is serious," Manos Logothetis, government commissioner for migration, told the German Funk media group on Wednesday.

In the past six months, 45,000 refugees arrived in Greece, leading the government commissioner to say the situation was "clearly more critical" for Greece than the 2015 migrant crisis, at the high point of people fleeing the civil war in Syria.

Currently, there are more than 41,000 people waiting at the infamous camps on the islands such as Moria on Lesbos or Vathy on Samos, according to the Greek government — this is the highest number since the EU-Turkey refugee pact came into force in 2016.

During 2015, migrants passed through Greece on their way to other EU countries, but now they are largely held at the island reception centers that are increasingly beyond capacity. In April 2019, there were still 14,000 migrants living on the island and humanitarian agencies report the situation is drastic.

In order to ease the crisis, Logothesis also announced that the Greek government wants to deport 10,000 asylum-seekers to Turkey, but to do so the country will need 270 asylum case reviewers.

In addition, the Greek government plans to build new arrival centers on each of the five islands where most migrants arrive after crossing the Aegean Sea from Turkey. The decision to deport migrants comes after Greece elected the New Democracy party — it adopted a more hardline approach to migrant arrivals, focusing on deportation and faster decisions over asylum applications.

What is Germany doing to help?

Despite the growing crisis, Germany sent fewer officials during 2019 to help the Greek authorities on the islands, according to the Funk-media group, using information provided by EU Asylum office Easo.