Greece between hope and sobriety

Some two weeks after Greece's left-wing Syriza party was elected into power, many people in the country just don't know what to expect. But they also say that moving on without any policy changes is impossible. 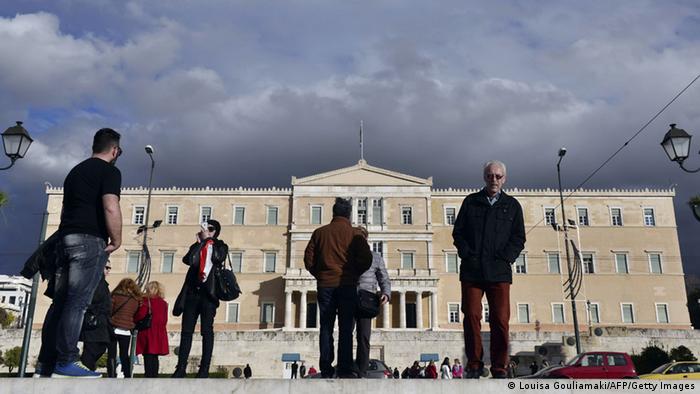 The signals that have been sent out by the new Greek government have been somewhat contradictory. It says a compromise deal with the country's creditors could well be reached. But at the same time, it seems adamant on its demand to renegotiate the nation's debt load.

The government wants to put into practice its main election promise of raising the country's minimum wage to 751 euros ($859) per month, albeit not right now, but after a 6-month period of consultations.

It also says the TAIPED privatization authority will be done away with, but a relevant ordinance by the responsible minister has been revoked. And now, citizens are expecting enlightening words from Prime Minister Alexis Tsipras, who is to deliver a government declaration at the weekend and will most likely face a confidence vote in parliament on Monday. 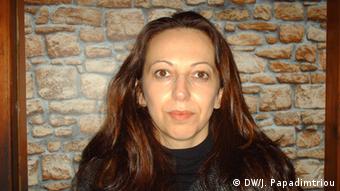 "The necessities of governing are likely to make the cabinet adopt a more moderate stance," lawyer Agapi Petropoulou said. "That's what most Greeks expect."

Does that mean that a certain sobering process has already kicked in, just two weeks after Syriza's election win?

Petropoulou says people are glad about the political change and pin strong hopes on it - but they realize that politicians tend to promise a lot on the campaign trail, and only follow through a portion of that. Still,"even small changes are better than none at all," she told DW.

Petropoulou also faced changes in her own profession, making the 35-year-old look for alternatives. She now focuses on activities related to the debt crisis.

"Before the crisis, I predominantly dealt with commercial law, but now the emphasis is more on debt restructuring and banking claims," she said. Also, she adds, the strong Swiss franc has become a headache for home owners, who before the onset of the global financial crisis went for real-estate loans in Swiss francs. Now those people are having massive problems paying their installments, and are hoping to renegotiate their debt. 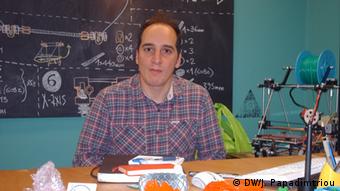 But there are also people in Athens who view the crisis as an opportunity. Electrical engineer Ilias Giannopoulos, 36, is one of them. After his studies in Scotland and a virtual reality training course in Barcelona, he returned to Greece in 2013 and has since worked towards founding a 3D printing service. He profits from a municipal support program that will enable him to open a lab in a busy shopping precinct. He hopes to become self-employed later on.

"I've never regretted coming back to Greece in the middle of the crisis," he said. "I get fresh hope from being surrounded by creative people."

Giannopoulos works on his business idea around the clock. There's not much time left for political issues, but he believes a change for the better in his country is possible. "But it's early days, too early to judge, we'll have to wait at least two to three months, and it's going to be a crucial time."

That view is shared by lawyer Agapi Petropoulou, especially with regard to talks with Greece's creditors. She says many Greeks have come to believe that the nation's euro exit would not be much worse than what they have to endure right now.

"I think not only the Greeks, but also the creditors will have to compromise here and there; a Grexit would be in no one's interest."

Many Greeks have taken to the streets to demand a compromise from creditors. 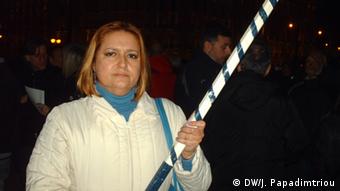 Thursday night saw the first rally directed at the ECB's tougher line on Greece after the central bank decided to no longer accept government bonds as collateral for loans.

"We won't have them blackmail us", the organizers said on Facebook, calling themselves a civil initiative and announcing more protest actions.

"I want to support the newly elected government, Europe has to show some respect finally," a demonstrator said in anger, adding she's a geologist who's been out of work for five years, having only once been given a mini-job from the labor office with a monthly salary of just 490 euros during that period.

"The new government has restored our sense of pride," she said.

Greek Finance Minister Yanis Varoufakis has met with his German counterpart, Wolfgang Schäuble, in Berlin. Germany has pledged to help Greece out of its financial woes. (05.02.2015)

Greek Prime Minister Alexis Tsipras has said his country will no longer take "orders" from other countries. The premier's speech to party members after parliament met for the first time was greeted with keen applause. (05.02.2015)