As the Ebola outbreak spreads, health experts are considering how to legally and ethically use experimental treatments. Dr. David Heymann tells DW what he thinks needs to be done to tackle the ongoing epidemic. 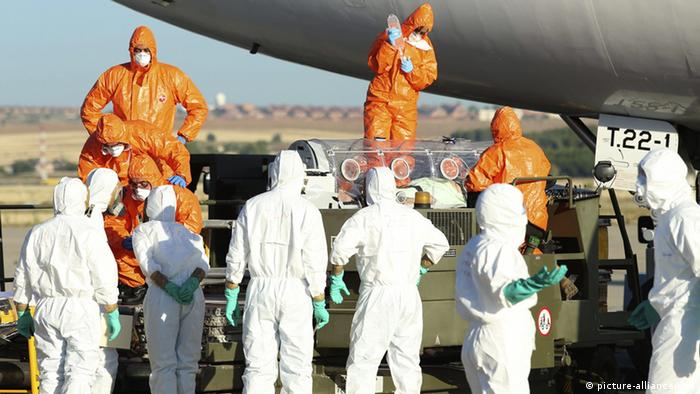 A Spanish missionary was flown back to Spain for treatment Thursday

The ongoing Ebola outbreak in West Africa has spread to Nigeria, while Liberia Wednesday declared a state of emergency over the virus. Reports of a "secret serum" administered to two Americans infected with Ebola in Atlanta that may have helped recover has sparked international debate on use of experimental medicine.

David Heymann, a doctor and epidemiologist who has worked combating outbreaks for decades, told DW how he thinks immediate access to experimental vaccines can best be facilitated.

DW: In the case of the US doctor who was administered the anti-Ebola serum, can we be sure it was actually the drug that helped?

David Heymann: We can't be sure whether it was the drug that helped or whether he was one of the 40 percent survivors. What we do know is that immune serum was used in the past. After the first outbreak of Ebola in 1976, in someone who had a laboratory accident in the UK. He was given the serum, he did not develop Ebola, but it's not clear whether or not he was really infected (he had a needle-stick injury). 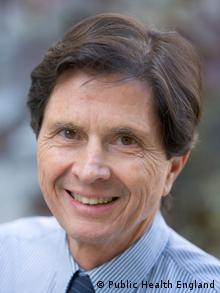 Heymann has held various positions at the WHO

What we're calling for is a systematic approach to looking at what new medicines and vaccines might be available, and then beginning to work with the countries where Ebola is occurring. The World Health Organization (WHO) would have to be the group that has to do this, with industry that produces or has the capacity to produce these goods. If so then they would need to be studied with rigorous protocols. But that's a country decision.

There are a lot of drugs and vaccines in development, for Ebola and other infectious diseases. And yet, they struggle for want of money, among other things, to get to the human trial stage. For example, there is a vaccine against Ebola that has been tested on apes. How can we get around that problem?

That problem is based on a risk-benefit assessment. If a government working with the WHO and with the industries that produce these goods shows that the risk of using these drugs - even though they haven't been shown to be safe in humans - is in their favor, then with rigorous study they could use them, theoretically. But it depends on the governments' desire and ability to use them in a safe and ethical manner.

How could that work?

What needs to be done to draw up a list of all the products that are available. That's then made available to countries as they make their decisions, with their regulatory agencies, epidemiology groups and experts in the country.

But wouldn't that be a rather slow process?

The idea would be to have the drugs or vaccines, the research protocols, and the ethical and regulatory approval in countries before an outbreak occurs. And that's work that would have to be done before the next outbreak. Looking at this outbreak, it might be that certain steps could be speeded up.

We've known about this particular outbreak in Liberia since March. Is the problem that we just can't get that kind of speed - do you share the opinion that the WHO is only just now waking up?

If there had been a very robust response at the very start of this epidemic, it probably could have been stopped without international spread. There are known ways of stopping these outbreaks that have worked in 40 outbreaks in the past. That could have worked in this outbreak, and it didn't. There was not a robust enough response from the government, maybe also from others involved, and as a result it spread across international borders. 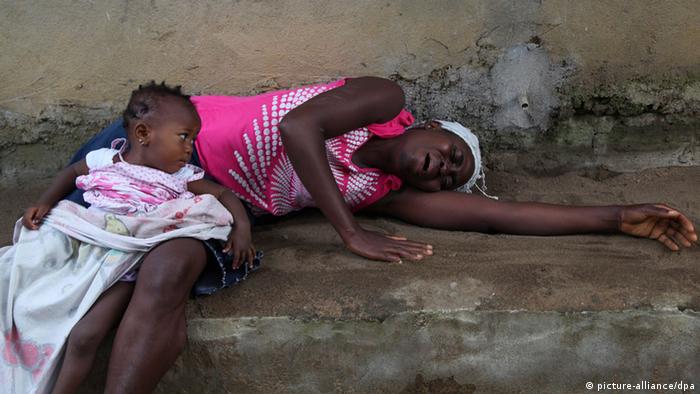 Is Ebola perceived as an African problem that Western countries tend to overlook?

Research money was not put up by a company to develop a product. With a disease like this where there is not a known market, research has to be done through government stimulation. There's funding in the US and other parts of the world because this is a very serious organism that people fear might one day be used to deliberately cause harm.

You were part of the original team at the first Ebola outbreak in 1976. Has anything changed?

We understand now that these outbreaks can be stopped rapidly without medicines and without vaccines, but it takes government commitment and coordination among all those working on the outbreak to be sure that those measures are applied.

Canceled flights, closed borders - widespread anxiety over the Ebola epidemic is influencing the lives of people in Liberia, Guinea and Sierra Leone. And it's also having an effect on the economies there. (07.08.2014)

A Spanish priest has become the first person diagnosed with Ebola to land in Europe for treatment during the latest outbreak. A nun has also been flown home to Spain from Liberia, though she has not tested positive. (07.08.2014)

Traditional healers: help or hindrance in the fight against Ebola?

The deadly Ebola virus that is spreading quickly in the West African countries of Guinea, Liberia and Sierra Leone has put the spotlight on the state of medical facilities in the affected countries. (06.08.2014)