Canceled flights, closed borders - widespread anxiety over the Ebola epidemic is influencing the lives of people in Liberia, Guinea and Sierra Leone. And it's also having an effect on the economies there. 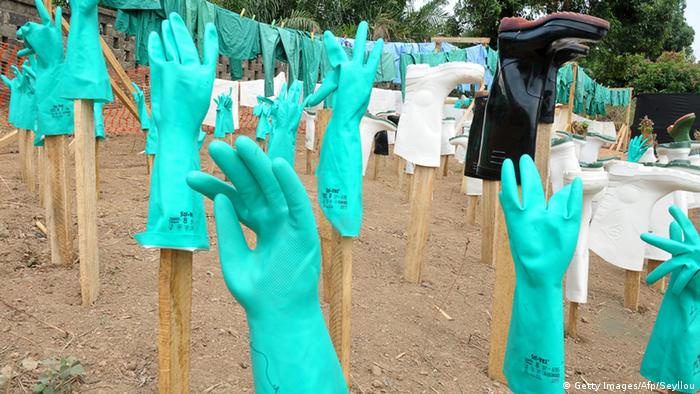 Caesar Morris runs an Internet cafe in Liberia's capital, Monrovia. But since his country recorded the first Ebola cases in March, nothing has been quite the same anymore.

"Ebola's getting in our way daily," Morris says, adding that people can no longer move about freely since the government introduced tight security measures.

What goes for other businesses applies to Morris' "I-Cafe" as well. "Before my clients can enter the cafe, they have to step on a rag soaked in chlorine; then they move on to a sink where they're supposed to wash their hands thoroughly and only after that are they allowed to come in," he said. 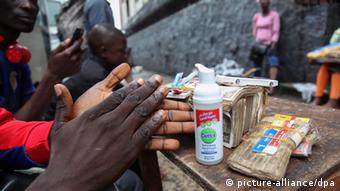 Disinfecting your hands has become a daily routine in Liberia

That lengthy procedure is not conducive to doing brisk business. Morris, who has to foot the bill for the disinfectants, reports a declining number of clients. The entrepreneur and IT consultant says the deep mistrust that's beset people is poison for the business climate.

"People do not want to get close to you anymore, do not want to shake your hand." The fact that his cafe is still doing more or less OK is due to a simple reason.

"Communications is part of people's everyday lives; they simply need my Internet services."

Other businesses are worse off, particularly if they depend on direct contact with clients. Local markets in the city, for instance, are completely deserted right now.

In March, the first Ebola cases were confirmed in Guinea, with the virus soon to hit neighboring countries Liberia and Sierra Leone. In most cases, the disease is lethal. The World Health Organization (WHO) has put the death toll at well over 900 people already. 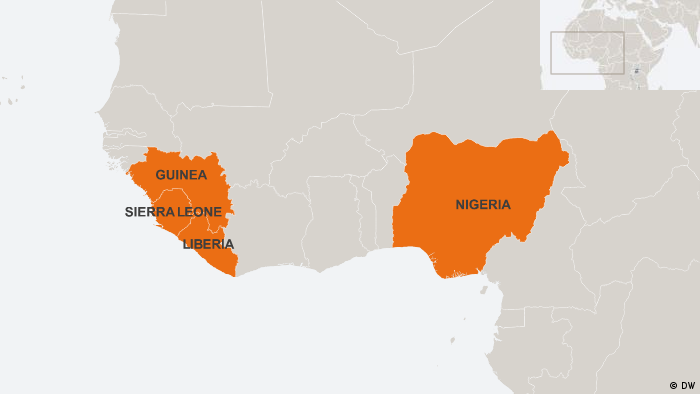 The Ebola virus has spread rapidly across West Africa

Nigeria has now also been affected by the epidemic. At the end of July, a Liberian citizen died there who had come to Lagos on a plane from Monrovia. As a result, Arik and ASKY - two African airlines – suspended their flights to Liberia and Sierra Leone.

"People are afraid to travel, especially when such a dangerous disease is out there," ASKY's Conakry-based Michel Balam told DW. This is why the airline started having fewer passengers when the first suspected cases became known.

Emirates and British Airways also announced that flights to affected nations would be suspended until the end of the month.

Nelson Agbagbeola says West Africa's economy will suffer considerable losses. He works with the Economic Community of West African States (ECOWAS) in Nigeria's capital, Abuja. And he's also worried about cross-border trade being brought to a standstill. In a bid to prevent Ebola from spreading further, Liberia and Sierra Leone have closed their borders.

"This has resulted in a stop of agricultural imports from Guinea, leading to a marked price hike in Sierra Leone," Agbagbeola said. 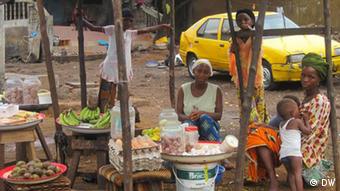 Many people are shunning local markets

Combating the epidemic is a top priority for the three nations hit hardest by the Ebola outbreak. But neighboring countries are making a contribution, too. West African nations set up a special fund in July, with Nigeria chipping in $3.5 million (2.6 million euros). The World Bank has pledged to contribute $200 million for the purpose. The lender said the money would also go towards cushioning the economic impact of the epidemic.

In the case of Guinea, for instance, the World Bank expects the nation's gross domestic product (GDP) to drop by 1 percent to 3.5 percent this year because of the current crisis.