Revealing the suffering of the "bourgeois outsider," the Swiss poet and novelist is considered one of the 19th century's great European literati whose works are highly relevant today. 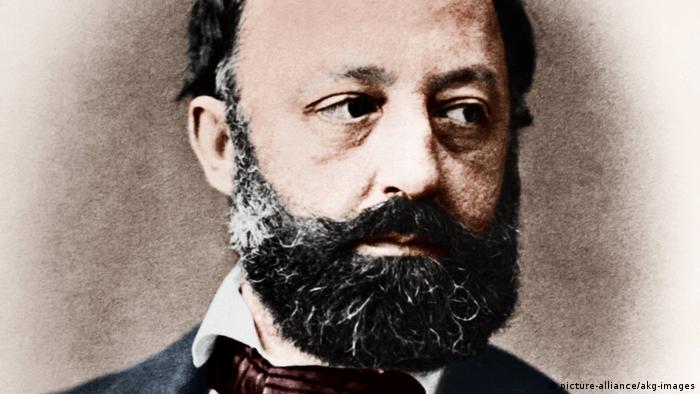 "When viewed superficially, one can sometimes actually believe that his works are songs of praise for the Swiss bourgeoisie," says Ulrich Kittstein, referring to the 19th century writer and poet Gottfried Keller. But the professor of modern literary history in Mannheim adds that these stories, especially his pioneering German "novel of education" Green Henry (1855), also exposed the broken dreams of young people in a capitalist society.

Marking the 200th birthday of Gottfried Keller (1819-1890), Kittstein has released a voluminous biography on the German-language literary giant who followed in the footsteps of Goethe but developed a style all of his own.

Born on July 19, 1819 in Zurich to a master woodturner Rudolf Keller and his wife Elisabeth, Gottfried grew up in poverty after his father's early death. Encouraged by his mother to pursue his own calling, he initially followed his passion for drawing and painting before moving to Berlin and taking up writing. During his six years in the Prussian capital, Keller penned the semi-autobiographical coming-of-age novel, or "Bildungsroman," Green Henry, about the struggles of a young artist.

Kittstein says the novel exhibits an impressive writing aesthetic and art of storytelling. "With a few strokes, often with very few sentences," he says, Keller created "scenes that are incredibly memorable and vivid." 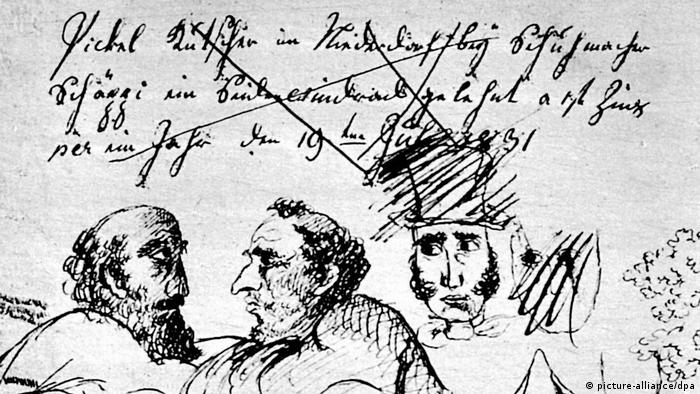 Sketches by the young Gottfried Keller

Master of the novella

Keller's subsequent work includes political writings, essays, plays and novella collections like The People of Seldwyla (1856-74). Writing about the latter on the New Books in German website, Rüdiger Görner, professor of German with comparative literature at Queen Mary University London, wrote that the collection "displayed his narrative virtuosity at its most staggering." In it, Keller described the goings on in Seldwyla, an imagined Swiss provincial town full of "foolish and petty vanities, but a place where tragedy can also strike."

"It was Walter Benjamin who first hailed the Swiss novelist," Görner also noted, "as a figure of Homeric proportions." Keller's "thematic scope, his style, his inventiveness and his attention to detail," plus his mastery of "disparate fields of caricature, satire and fantasy" were still underappreciated by readers outside the German-speaking world. 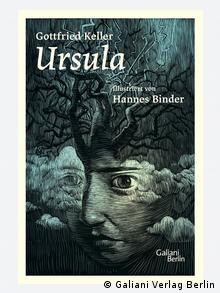 Citing works such as the Zurich Novellas (1877) — which include Ursula, a love story of a Swiss soldier and a farmer's daughter during the Swiss Reformation — some have accused Keller of a stodgy bourgeois realism. But Kittstein points to Keller's implicit critique of the broader social and economic system.

"There are always characters in his works who are making money, earning tremendous wealth without doing any useful work, simply by taking advantage of the complex structures of the capitalist economy and through tricks and intrigues to make a profit by manipulation, by pure swindling," he told DW.

Above all, Keller always asked meaningful questions in his books about how one might achieve balance between "individual demands and social requirements." It's a universal question which, 200 years after the author's birth, still commands our attention.