The countries announced in 2017 that they would withdraw from the UN Educational, Science and Cultural Organization, accusing it of bias against Israel. That went into effect at the stroke of midnight. 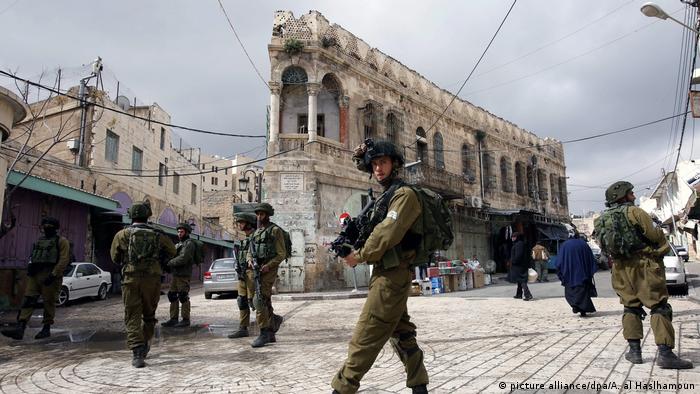 The tumultuous relationship between Israel and UNESCO came to an end with the close of 2018. And the US has followed suit, leaving the United Nations Educational, Scientific and Cultural Organization after accusing it of bias against Israel. "Unfortunately, UNESCO has adopted systematic discrimination against Israel and UNESCO is being used in order to rewrite history by people who hate the Jewish people and the state of Israel," a Foreign Ministry official said on Sunday.

The United States and Israel had announced their decisions in 2017, but, according to the UNESCO statute, withdrawals go into effect at the end of the following year — in this case after the final tick of the clock on December 31, 2018.

Israel joined UNESCO in 1949. The agency is best known for its World Heritage program, which designates cultural sites and aims to preserve traditions. But it also works to defend press freedom, promote education for women, and fight extremism and anti-Semitism. Israel has nine World Heritage Sites, including the Bahai Gardens in Haifa, the biblical site of Masada near the Dead Sea, and the White City in Tel Aviv. The Old City in East Jerusalem is listed with no territorial status specified. UNESCO has added three locations within the Palestinian territories to its World Heritage List.

Israel's withdrawal will not have an impact on the sites listed within the country's borders: Stewardship is in the hands of the local authorities, and the country apparently continues to be a state party to the World Heritage Convention.

Some Israeli conservationists question whether withdrawing is the right move. "I don't think it is a clever decision," said Giora Solar, an architect who has prepared several applications for World Heritage Sites in recent years. "It's political. I surely don't agree with much of the voting in UNESCO, but it's politicized; by leaving it, we are not punishing anyone but ourselves. It's not UNESCO which is against Israel — it's the countries that vote against it."

In 2016, diplomatic relations deteriorated further after UNESCO approved resolutions that Israeli officials said ignored Judaism's ties to holy sites in Jerusalem, including referring to the Haram al-Sharif/Temple Mount complex by only its Arabic and English names and omitting the Hebrew. "To say that Israel has no link to the Temple Mount is like saying that China has no link to the Great Wall or that Egypt has no connection to the pyramids," Prime Minister Benjamin Netanyahu said at the time, adding that UNESCO had lost what little "legitimacy it still had." UNESCO has also referred to Israel as occupying power and called into question the country's actions in the Palestinian Territories.

In 2017, UNESCO passed another resolution that upset Israeli officials, designating the Hebron/al-Khalil Old Town in the occupied West Bank — with its Tomb of Patriarchs, known in Judaism as Machpela — as a Palestinian World Heritage Site only. The holy cave, believed to be the burial place of the Hebrew patriarch Abraham, is known to Muslims as the Ibrahimi Mosque and is divided today, with separate entrances for the site's mosque and synagogue.

The United States announced that it would withdraw from the organization, adopting the language of bias against Israel, which followed suit and pledged that it, too, would leave the organization. The United States left UNESCO once before, in 1984, under President Ronald Reagan, and only rejoined in 2003, under the administration of George W. Bush to "emphasize a message of international cooperation" as the US launched its war on Iraq.

Under UNESCO Director-General Audrey Azoulay, who assumed her role in November 2017, the diplomatic spats became quieter in 2018, and mediation efforts were even introduced to sway Israeli officials to keep their country in the organization. The biannual resolutions on Jerusalem were toned down.

Israel's ambassador to UNESCO at the time, Carmel Shama Hacohen, spoke about a "new spirit" and appeared to leave open the possibility that the country's exit might be delayed. Though progress was being made, it was apparently not enough for Netanyahu. In September he declined an invitation to attend a conference on anti-Semitism organized by UNESCO on the sidelines of the UN General Assembly. "If and when UNESCO ends its bias against Israel, stops denying history and starts standing up for the truth, Israel will be honored to rejoin," he said.

US is withdrawing from UNESCO: Carolina Chimoy from Washington

Thai protesters return to the streets despite COVID concerns