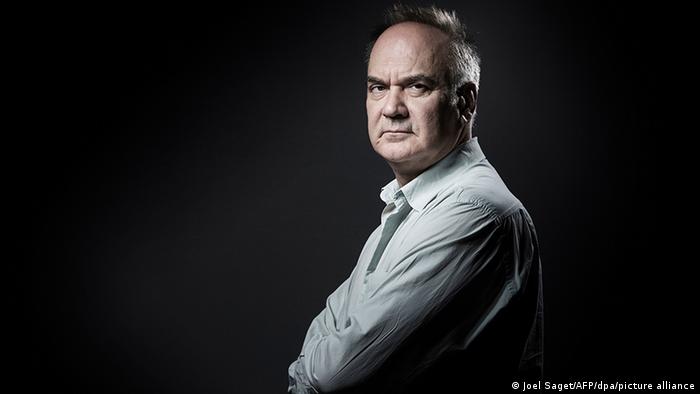 France's prestigious Prix Goncourt goes to author Hervé Le Tellier for his novel L'Anomalie (The Anomaly), the jury of the Academie Goncourt announced on Monday in Paris.

The story brings together a series of unrelated characters — including a hit man, a Nigerian pop star and a writer — who were all passengers of a Paris-New York flight that occurs... twice.

The book has been described as a "literary UFO" combining different genres, from science-fiction to crime novel, from comedy to romance. It's "a popular adventure, a real page-turner, an imminent bestseller, but also an experimental, ultra-literary work," wrote author Frédéric Beigbeder in a review for Le Figaro magazine.

For Le Tellier, his story of parallel universes can be read as a parable for life after Donald Trump. "The idea is that since Trump is there and is the cause of the world's destruction, the vision of the book is to propose another version of the world, where Biden is president," said the Goncourt Prize winner during a video conference on Monday. 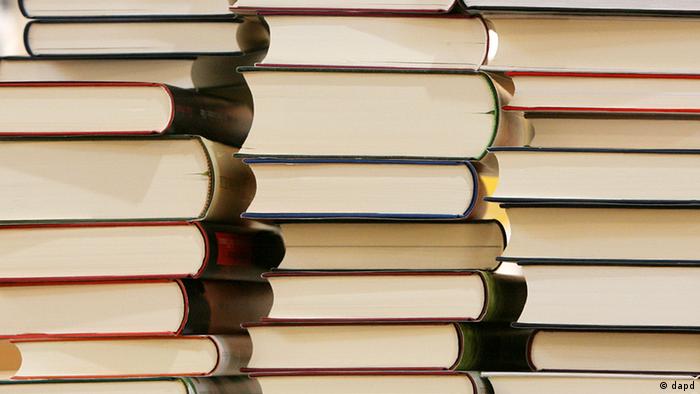 The esteemed French literary prize, the Prix Goncourt, was first given out in 1903

Member of an experimental literary group

"You never expect a prize like the Goncourt," said Le Tellier. "First of all, you don't write to get it, and then you can't imagine getting it," the author added.

Born on April 21, 1957, Hervé Le Tellier published his first collection of short stories in 1991 and has since written some 20 works. L'Anomalie is his eighth novel.

The author is also the fourth president of the international literary group Oulipo, which was founded by Raymond Queneau in 1960 and whose most prominent members include Georges Perec and Italo Calvino.

After being closed for a month after France imposed its second nationwide lockdown, French bookshops reopened two days ago.

Initially set to be awarded on November 10, the Goncourt prize announced ahead of the lockdown that it would postpone the announcement "in solidarity" with booksellers.

While the coveted literary award only comes with €10 ($12) in prize money, it invariably turns the winning book into an international bestseller.

Previous winners of the Prix Goncourt, which was set up in 1903, include Marcel Proust, Simone de Beauvoir, Marguerite Duras and Michel Houellebecq.

Kampmann's debut novel "High as the Waters Rise," which delves into the lives of oil rig workers, is in the running for one of the most prestigious literature prizes in the US.

The Scottish-American author has won the prestigious literary prize for 2020. The story follows a young boy and his relationship with his alcoholic mother in Glasgow.