Queen Hatshepsut, Egypt's only woman pharaoh, began the journey along with 21 others to their new resting place: the country's new national museum. 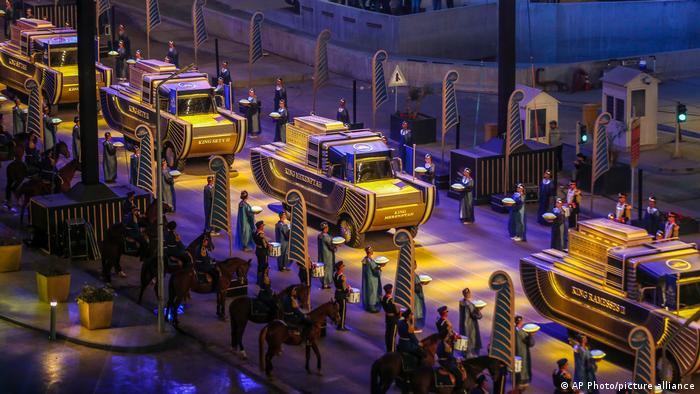 A convoy of vehicles transporting royal mummies in Cairo, Egypt. Each mummy was transported in its own special wagon.

Egypt transported the mummified remains of 22 pharaohs to a new museum in a special procession through the streets of the capital Cairo on Saturday.

Dubbed the Pharaohs' Golden Parade, the 18 kings and four other royals were moved 7 kilometers (4 miles) from the Egyptian Museum to the new National Museum of Egyptian Civilization.

"The whole world will be watching," Egyptian archaeologist and former Antiquities Minister Zahi Hawass said ahead of the event, which was streamed live on state television. 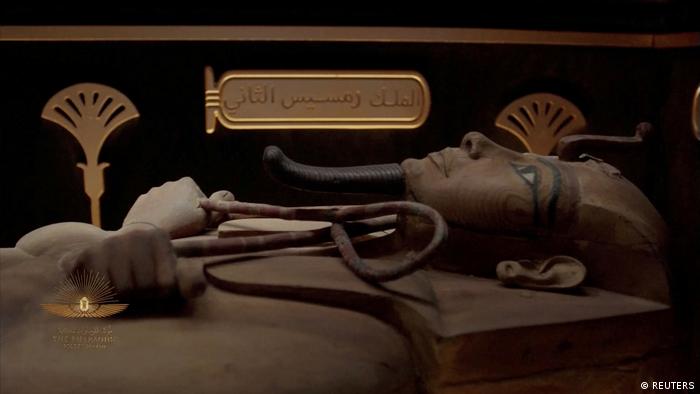 An image of a mummy seen in the video screened during the transfer ceremony.

The mummies making the journey

Most of the mummies belong to the ancient New Kingdom, which ruled Egypt between 1539 B.C. to 1075 B.C., according to the Antiquities Ministry.

The mummies traveled in order of age. The oldest, Seqenenre Tao II, "the Brave," who reigned over southern Egypt around 1600 BC was on the first chariot. Ramses IX, who reigned in the 12th century BC, brought up the rear. 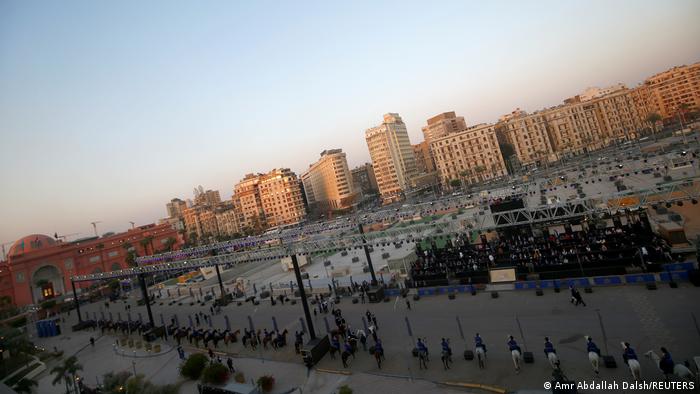 Also transported were Ramses II, one of the country's most famous pharaohs, and Queen Hatshepsut. As Egypt's only woman pharaoh, she wore a false beard to overcome traditions requiring women to play only secondary roles in the royal hierarchy.

Each mummy was placed in a special container filled with nitrogen, under conditions similar to their regular display cases.

The containers were then put inside separate floats decorated in ancient Egyptian style. 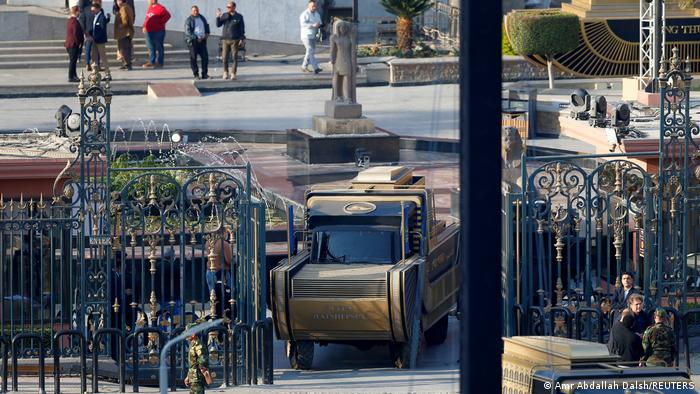 The mummy of Queen Hatshepsut, Egypt's female pharaoh, was among those transported to the National Museum of Egyptian Civilization

The gold-colored carriages have been fitted with shock absorbers for the 40-minute trip, to ensure none of the precious cargoes were accidentally disturbed on Cairo's roads.

Security was tight in the capital: Authorities closed off major streets and intersections all along the route for the slow-moving vehicles. Guards on horses and Egyptian celebrities and singers followed the motorcade.

The parade is part of Egypt's efforts to revive its tourism industry. It was been reeling from the political turmoil following the 2011 popular uprising that toppled longtime autocrat Hosni Mubarak, and more recently, the coronavirus pandemic. 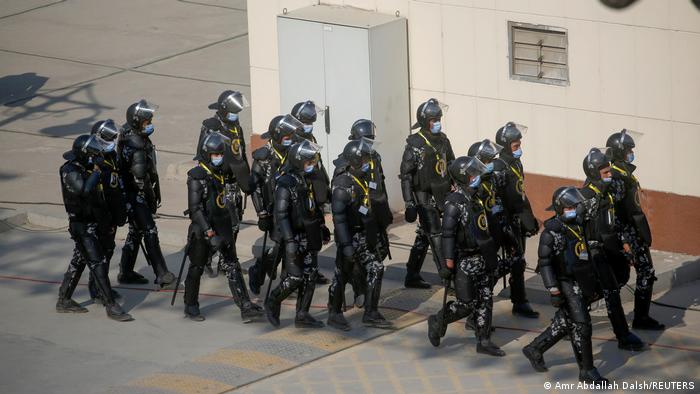 Egyptian President Abdel Fattah el-Sissi, who welcomed the mummies at the new museum, tweeted: "This majestic scene is a new evidence of the greatness of this people, the guarding of this unique civilization that extends into the depths of history."

Tourism and Antiquities Minister Khaled el-Anany declared the parade "a unique global event that will not be repeated."

Once at the new museum, 20 of the mummies will be displayed, while the remaining two will be stored, according to the ministry.