'Conservationists are not playing God'

Species extinctions are imminent globally. But where to take action first? Global Ideas asked Benjamin Skolnik, who works for the American Bird Conservancy and coordinates the Alliance for Zero Extinction (AZE). 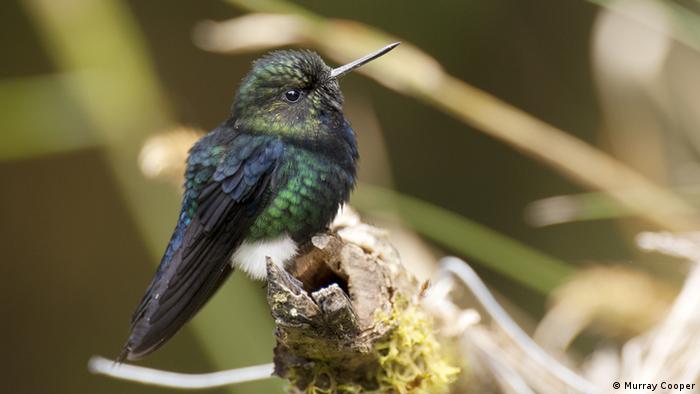 Many species, such as the black-breasted puffleg hummingbird, are endangered but which ones should be saved first?

First of all, when is a species considered to be endangered?

Conservation organizations usually apply a global criteria established by the #link:http://www.iucn.org/:International Union of Conservation of Nature (IUCN)#, that catalogues threatened species in what is called the Red List of Threatened Species. They have a classification that goes from critically endangered, being the most threatened species, to endangered, followed by vulnerable and near-threatened. Below that is least concern.

How do you decide then to take action for the conservation of a certain species? Are you aiming to increase its population size? 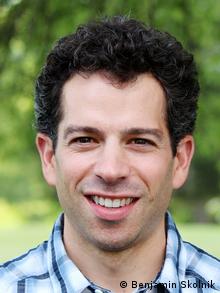 Yes, our ultimate goal is to increase the population sizes for highly threatened species - but determining actions is quite complicated. There are many factors that we consider when determining on which species to focus our efforts. First of all, we have limited resources. We have to determine if we can identify what the threats are to that species. Can we develop a plan to mitigate those threats? Is that a cost-effective solution? For instance, some measures may be too costly, and therefore not viable. If there are many things causing the decline of a species, it might be difficult to work on eliminating all of these threats at once - and so we have to carefully plan our actions.

Did you ever have to make the decision of favoring conservation activities for one species over another?

If you have another species that is also similarly highly endangered, and you do have a solution for that species, you might begin working on this one. Take for example the black-breasted puffleg, a hummingbird from Ecuador. We began working on it with a partner called Fundación Jocotoco, who created a forest reserve for this species. Over the last four or five years, we have discovered the bird is in the reserve only for part of the year. We need to do more to protect the species - but it is unclear where we should invest time and resources to protect it. As we acquire more information, we have worked on other priority species. We focused on protecting half of Ecuador's Andean condors, and we invested in the cerulean warbler, a migratory songbird that nests in the United States.

This is a good example of how to decide between two species. A lot of times it is because you do not have the information available, or the solution is not evident. It is not that conservation biologists are playing God, and decide which species to save. It is more that there are species with present solutions, and there are interest and resources to protect that species. So we try to work on those first. Because we can. 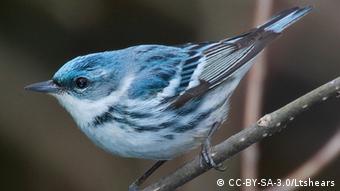 Why can't you just strive to save all species? Why is it necessary to highlight some of them by calling them endangered?

Think about the diversity of human languages in the world. Some of them are dominant and doing quite well - like German, English, Chinese, Japanese - and so the existence of these languages is not a problem. But there are also lots of indigenous languages, spoken by only a few people left in the world. It starts to become sort of an existential question: do we care about losing all this diversity? All this information that those languages contain: they might talk about important medicine, stories or culture - history that we would lose with that language.

Conservation of endangered species is a very similar question: do we feel comfortable losing all of this diversity from the planet?

Which strategies are used for saving a species or lowering its threatened status? How can it be saved it from extinction?

The most important first step is to identify the reason why that species is threatened with extinction. Most of the time, the threats to species that we work on are directly driven or related to human activity. We find that development such as infrastructure, roads, cities, wind turbines, logging, agriculture - in fact all kinds of human activities - have detrimental impacts on biodiversity.

Ameliorating the impacts from these threats is our task. And the most daunting challenge is that in order to protect the species forever, we must minimize those threats forever. This is a big, ongoing job that requires the participation of nothing less than all of humanity.

You also coordinate the Alliance for Zero Extinction (AZE). How does this association work?

#link:http://www.zeroextinction.org/:AZE# serves as an indicator for countries to measure their obligations towards protected area and species extinction targets for the Convention on Biological Diversity. We provide a practical solution to the central question: what species should we be most concerned about? We created a list of those species that are critically endangered, or endangered and restricted to only one location on Earth in order to get a very good list of priority sites to avoid species extinction. Today, the Alliance for Zero Extinction has identified 587 sites, that has 920 species in total.

Recently, you published a paper with other conservation biologists, called "Opportunities and costs of species conservation." It says that it costs on average $1.3 million per year to save an AZE species from extinction. How was this amount calculated? 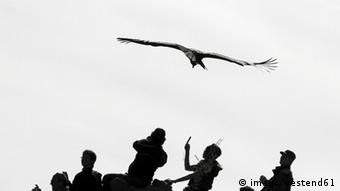 An Andean condor soars above the Peruvian Andes

The amount was calculated by taking a whole variety of costs into account, including the initial costs to perhaps create a protected area, and then taking the ongoing costs of management. Then this amount was averaged for a number of different species. Some of my colleagues are from the zoo community and they are familiar with ex situ protection of a species that is typically more expensive because it requires maintaining animals in a facility out of the wild.

But I think this average is useful, because even a million dollars a year is fairly low as we think about what we spend on all different kinds of municipal and national budgets. And the benefits that we get from species protection exceeds even a million dollars, given the benefits provided by the protection of forests, such as clean drinking water for our towns and cities.

This interview has been edited and condensed for clarity

International Union of Conservation of Nature