Gladbach hope to flourish in Florence

Unlike some other Bundesliga sides in Europe, Gladbach have all to play for in the second leg of their European tie. Schalke play a day earlier because of police numbers. The draw for the last 16 is on Friday. 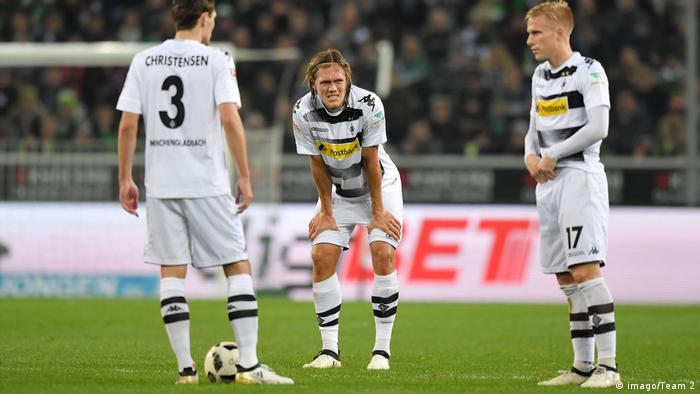 In the last two games, Borussia Mönchengladbach have had a handful of chances but have ended up empty handed. If Dieter Hecking's side cannot find the back of the net in Italy, their European adventure will be over for another season.

Of the two lossess, their defeat to Fiorentina in the first leg will have hurt more. Gladbach enjoyed most of the possession, had the best chances and still succumbed to defeat thanks to a fabulous free kick from Bernardeschi. Defeat to Leipzig last weekend was more of an even affair, but Hecking's men perhaps deserved more for their fight in the final 10 minutes.

The positive news ahead of the second leg is that Gladbach look likely to recall Brazilian playmaker and goalscorer Raffael after a two-and-a-half week absence. The 31-year-old was in team training on Tuesday and afterwards said: "There's no more pain, things are looking good."

This season, Raffael has 10 goals in 21 appearances and while both Thorgan Hazard and Lars Stindl have also been key members of Gladbach's attack, Raffael's movement has been noticeably absent.

"I can only say one thing to Gladbach fans and that is, travel to Florence - we are a long way from beaten," Jonas Hofmann told BILD ahead of the game.

Schalke are in action on Wednesday, but unlike Gladbach they are in a strong position after the first leg and are expected to progress. With the likes of Manchester United, Roma, Ajax and Tottenham still in the competition, both Schalke and Gladbach will be keen to be in the draw for the last 16 which takes place on Friday.