The beast had massive fangs and weighed up to 1,500 kilograms. The bones were found years ago, but had been believed to belong to another animal. 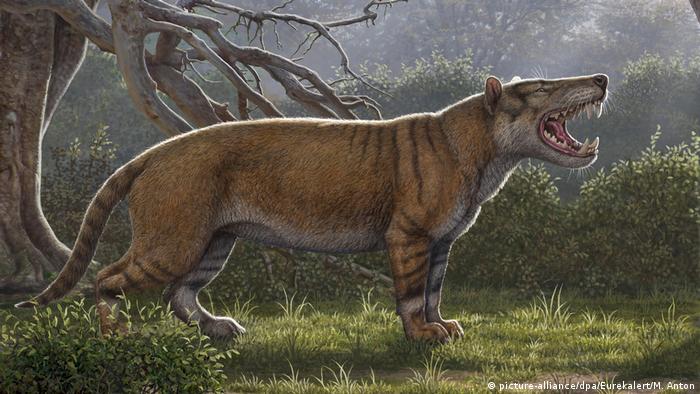 Paleontologists working in Kenya revealed on Thursday that they had discovered a giant ancestor of the modern lion, which roamed the Savannah 23 million years ago. The newly-discovered species weighed up to 1,500 kilograms (3,300 pounds), and ate creatures similar to modern-day elephants.

Scientists Matthew Borths, of Duke and Ohio Universities, and Nancy Stevens, also of Ohio University, announced their discovery of the lower jaw, teeth, and other bones of the Simbakubwa kutokaafrika in the Journal of Vertebrate Paleontology.

"Based on its massive teeth, Simbakubwa was a specialized hyper-carnivore that was significantly larger than the modern lion and possibly larger than a polar bear," said Borths. 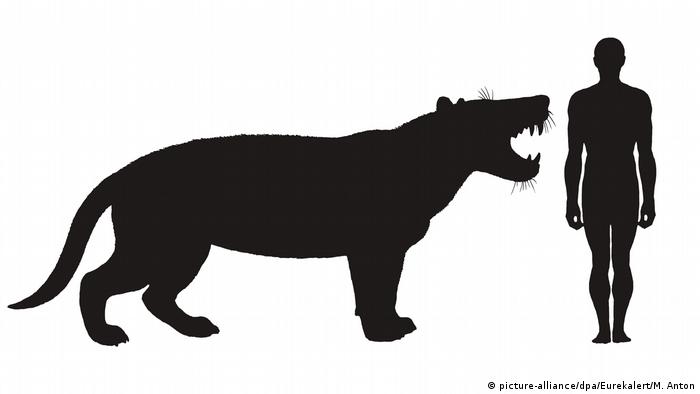 A size comparison of Simbakubwa kutokaafrikra and a modern human

In the paper, the pair explained that the animal's scientific name comes from the Swahili for "big African lion."

"The animal was significantly larger than any modern African terrestrial carnivore," Borths and Stevens wrote.

Simbakubwa lived during the early Miocene epoch, a key time for researchers investigating our own ancestors. The Miocene is when the first apes began to walk the earth, and when mammals were becoming well-established.

The bones were discovered decades ago in the Meswa Bridge dig site in western Kenya, but were believed to belong to another animal.

This mashup of a creature was indisputably a carnivore with croc-like teeth and razor-sharp claws. Paleontologists have said it roamed the earth some 75 million years ago in present-day Mongolia. (06.12.2017)

A fossil dug up and smuggled in the early 1990s by Chinese farmers has finally revealed its secrets. A fossilized embryo shows what was inside the giant dinosaur eggs that were sold all over the wolrd. (10.05.2017)

Researchers have unearthed the earliest known fossil evidence of an insect of the butterfly order. It reveals that these animals fluttered about 200 million years ago – even before flowering plants came along. (11.01.2018)