A fossil dug up and smuggled in the early 1990s by Chinese farmers has finally revealed its secrets. A fossilized embryo shows what was inside the giant dinosaur eggs that were sold all over the wolrd. 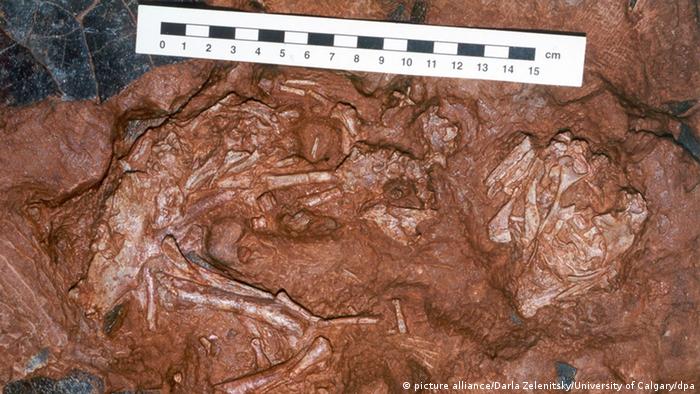 The Chinese authorities have taken into custody a man accused of stealing 80 fossilized dinosaur eggs from a collector.

Microfossils found in Canada may be the oldest-known evidence of life on Earth, scientists have announced. The discovery supports theories about how life began, though some say the evidence may not be strong enough. (01.03.2017)

Did birds survive the dinosaur wipeout by hatching quickly?

Research has now shown that it may have taken far longer for baby dinosaurs to hatch than previously thought. Thankfully, some of them - our fine feathered friends - appear to have developed more speedily. (04.01.2017)

The fossilized embryo of a dinosaur discovered by Chinese farmers in the 1990s is a new species of giant, bird-like dinosaurs, a paper published on Tuesday revealed.

A fossilized, embryonic skeleton dubbed "Baby Louie" was one of thousands of specimens dug up by farmers in the Henan Province in the 1980s and 1990s and smuggled out of the country. It was associated with a partial clutch of eggs, which were the largest type ever discovered.

The fossil was seen as the key to identifying the eggs but efforts to study the species were hampered by the legal status of the eggs, and research was only able to begin after its repatriation to China 20 years later.

Darla Zelenitsky, a Canadian paleontologist who co-authored the study, told Agence France-Presse news agency that the dinosaur would have looked like an "overgrown cassowary," a flightless bird similar to an emu. 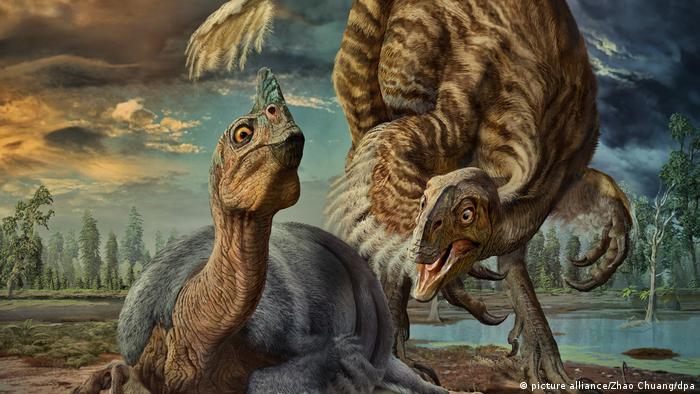 They were likely covered in feathers, had robust, toothless beaks and often sported a crest on the top of their heads.

"It has been a big mystery for many years as to which species laid the largest-known dinosaur eggs," Zelenitsky said.

"The identification of the baby skeleton in this study revealed that these eggs were laid by giant oviraptorosaurs, a group of dinosaurs that are very poorly known from fossil bones."

It lived about 90 million years ago and was only the second known species of the giant oviraptorosaur in the world.

The two best-preserved eggs associated with "Baby Louie" were between 40 and 45 centimeters (16-18 inches) - ample room for the embryo. Researchers believed that at the time of its death, the baby dinosaur was still inside its egg.

The eggs of this new species are abundant in the late Cretaceous fossil record, in Asia and North America, suggesting that giant oviraptorosaurs were common at that time.

The researchers were a joint Canadian-Chinese team led by Hanyong Pu of the Henan Geological Museum.