One of the world's largest diamonds has been found in the Letseng mine in Lesotho, a small country surrounded by South Africa. The diamond was found by UK mining company Gem Diamonds and could be worth up to $40 million. 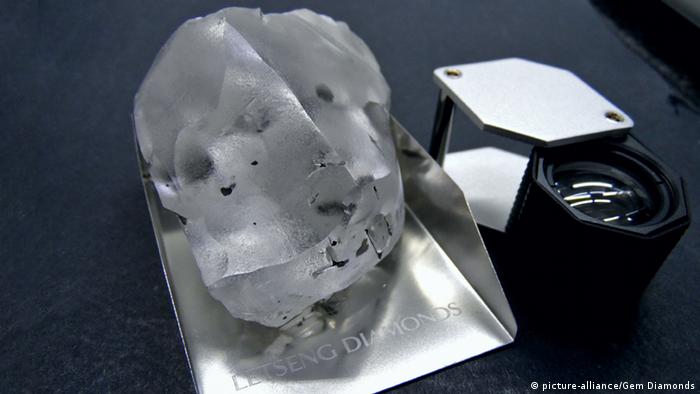 A 910-carat diamond thought to be the fifth largest in the world has been found in the small southern African nation of Lesotho, diamond mining company Gem Diamonds said on Monday.

The diamond miner uncovered the D-color stone at the Letseng mine and described the 910-carat diamond as being of "exceptional quality."

Read more: Africa is rich in diamonds but still poor

"The diamond, the largest recovered from Letseng, is believed to be the fifth largest gem-quality diamond ever recovered," a Gem Diamonds statement said.

Lesotho is a small enclaved country completely surrounded by South Africa. It has a population of about 2 million. More than 40 percent of the population live below the poverty line of $1.25 per day. 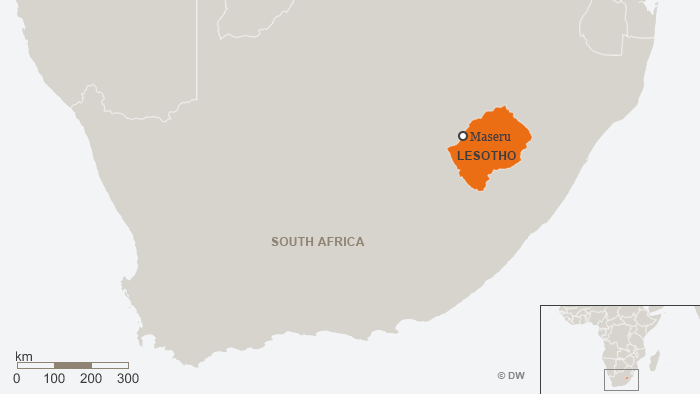 "Since Gem Diamonds acquired Letseng in 2006, the mine has produced some of the world's most remarkable diamonds, including the 603-carat 'Lesotho Promise,'" Gem Diamonds chief executive Clifford Elphick said in a statement.

"However, this exceptional top-quality diamond is the largest to be mined to date ... This is a landmark discovery," Elphick added.

Ben Davis, a mining analyst at Liberum Capital, speculated in a research note to investors that the diamond could be worth as much as $40 million (€33 million).

A rough diamond from Botswana, believed to be the biggest uncut diamond found in a century, sold for $53 million in September 2017.

The value of the diamond has not yet been determined, but it could easily be worth tens of millions of dollars. So-called "blood diamonds" fueled a vicious civil war in Sierra Leone that left up to 120,000 dead. (16.03.2017)

Another diamond and a further attempt by Sierra Leone to distance itself from its 'blood diamond' past. Auctions at a New York house are part of a strategy aiming for transparency over diamond sales. (12.11.2017)