The value of the diamond has not yet been determined, but it could easily be worth tens of millions of dollars. So-called "blood diamonds" fueled a vicious civil war in Sierra Leone that left up to 120,000 dead. 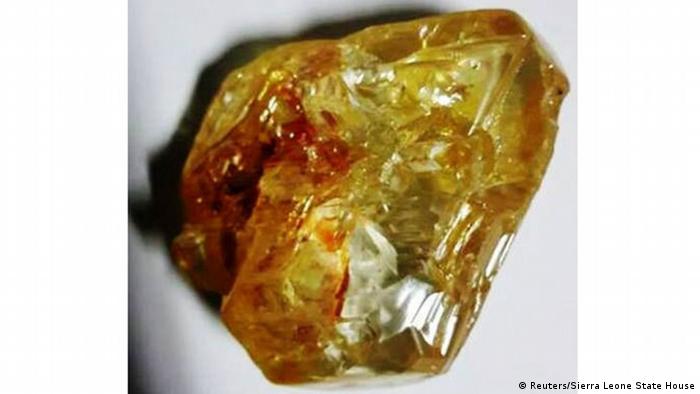 A pastor has found one of the world's largest uncut diamonds - a 709-carat rock - in Sierra Leone's eastern Kono region.

The huge diamond was extracted by Emmanuel Momoh, one of thousands hoping to strike it big panning for the gems in the diamond-rich region.

The value of the rock has not yet been determined, but it would easily run into the tens of millions of dollars. Momoh is entitled to the lion's share of the stone's value, but he has given it to a local chief who, in turn, has handed the stone to President Ernest Bai Koroma on Momoh's behalf.

The government plans to auction it - and take a 4 percent cut.

The presidency said in a statement on Thursday that Koroma thanked the chief who acted as an intermediary for not smuggling the diamond out of the country. 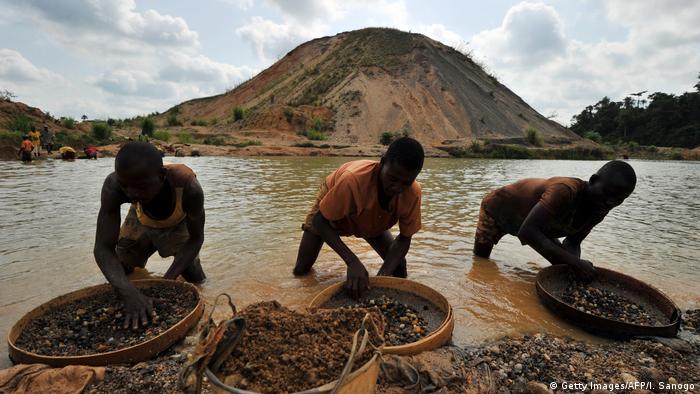 People have been pannng for diamonds in gem-rich Sierra Leone since a 968.9-carat gem was found in 1930

The gem has been put in Freetown's central bank vault. It will get an official valuation under the Kimberley Process, which certifies diamonds as "conflict-free."

Diamonds fuelled a decade-long civil war that ended in 2002. Rebels forced civilians in the east to mine the stones and bought weapons with the proceeds, leading to the term "blood diamonds."

"He (Koroma) underscored the importance of selling such a diamond here as it will clearly give the owners what is due them and benefit the country as a whole," the statement said.

Where the money goes

But Freetown residents are already skeptical they will see any gain from the sale.

"Previous diamonds have not benefited the people and I wonder how this new diamond will make a difference," said Jeneba Kallon, a civil servant.

Another city resident, Mohamed Kamara, said diamonds were "more of a curse than a blessing," citing the high rate of poverty and underdevelopment where the minerals are found.

Such a find by a so-called artisanal miner, the term for workers who use basic tools or their bare hands to sift the earth, is highly unusual.

The sale of "blood diamonds" fueled civil wars across Africa in the 1990s and often propped up military dictatorships on a continent that by some estimates supplies 65 percent of the world's diamonds.

During the 1991-2002 civil war, Sierra Leonean rebels allowed traders to exploit diamond mines and ship the gems abroad via Liberia.

Former Liberian warlord Charles Taylor was found guilty of supporting the rebels in exchange for diamonds mined by slave labor.

The death toll from Sierra Leone's internal war is estimated at 120,000 in a nation that now has about 6 million people - making it one of Africa's deadliest conflicts in recent years.