An international war crimes court in The Hague has upheld the 50-year prison term handed down to the former president of Liberia, Charles Taylor, for aiding rebels in neighboring Sierra Leone. 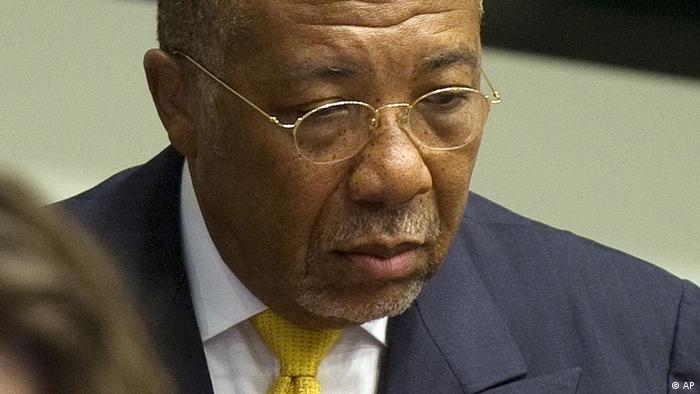 CharlesTaylor was convicted in April 2012 on eleven counts of war crimes and crimes against humanity, including rape, murder and the use of child soldiers during the civil war in Sierra Leone of 1991-2002 which claimed some 120,000 lives.

Taylor was said to have received so-called 'blood diamonds', mined by slave laborers in regions controlled by the rebels, in return for his support.

His defense team at the UN-backed Special Court for Sierra Leone had appealed the sentence.

In Sierra Leone the public was invited to the special court in the capital Freetown to hear the verdict relayed from The Hague.Trials of other rebel leaders from the civil war were held in Freetown but Taylor's case was moved to The Hague for security reasons. 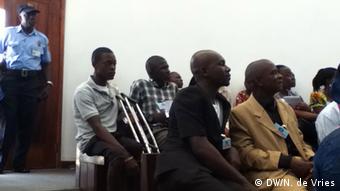 Among those in Freetown to hear Thursday's verdict was Alhaji Jusu Jarka. He was one of thousands of victims who suffered amputation at the hands of rebels. The Revolutionary United Front rebel group was infamous for cutting off victims' limbs.

"They placed my hands on the root of a mango tree, and chopped them, my left hand, then my right hand," Jarka told correspondent Nina de Vries.

Jarka thinks the 50-year sentence for Taylor is too light and says he should have received the 80 years the prosecution had demanded.

Patrick Sumana was another victim of the war. His arm was cut off by rebels in Kono in the eastern part of Sierra Leone.

The area is rich in diamonds and was where rebels would force ordinary civilians to mine for the gemstones.

Rebels also killed Sumana's four children. He says the confirmed sentence makes him happy. "This is a good sentence but I think they should have put more," he said.

Mariatu Kamara was captured by rebels. She did not suffer amputation but one leg was left permanently damaged. 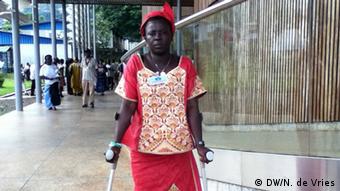 "I am glad today, I am at my most happiest today…I suffered so much, so justice was finally done to him, " was her reaction to the verdict.

Taylor may be jailed in UK

Charles Taylor became the first former head of state to be convicted by an international war crimes court since World War II. He was first indicted in 2003, along with 12 other suspects. He was later arrested in March 2006 while in exile in Nigeria.

British supermodel Naomi Campbell testified in August 2010 that she received uncut diamonds from Taylor at a dinner at Nelson Mandela' s house but said she did not keep them.

Taylor will now spend the rest of his life behind bars for his role in arming rebels during Sierra Leone's brutal civil war. It is not yet clear where he will serve his sentence but the United Kingdom is a possibility.

The former president of Liberia, Charles Taylor, is appealing a special UN court conviction that sentenced him to 50 years in jail last May. He was found guilty of aiding and abetting rebels in neighboring Sierra Leone. (22.01.2013)

The International Criminal Court has sentenced former Liberian President Charles Taylor to 50 years in prison for war crimes and crimes against humanity. He's the first head of state to be sentenced since World War II. (30.05.2012)

Alieu Kosiah is the first Liberian to be convicted of war crimes committed in Liberia. He commanded a group that perpetrated grave atrocities, the Swiss federal court finds.