Germany's Thilo Sarrazin in court over controversial book on Islam

His controversial views have stirred much debate in Germany. Now Thilo Sarrazin has written a new book about Islam – and is battling his erstwhile publisher in court over it. 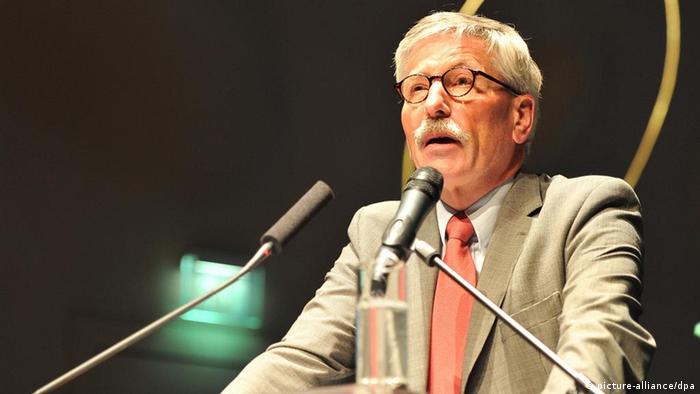 His highly controversial books sell in the millions. It all began with "Deutschland schafft sich ab" ("Germany is doing away with itself"). Thilo Sarrazin's  2010 book stimulated a fiery debate over German immigration policy and migrants from Islamic countries.

While critics accused the author of polemics and racism, others claimed that finally, someone was telling the truth. Sarrazin quickly resigned from his management position at Germany's central bank, the Bundesbank, over public pressure but continued to write, issuing books about the euro and what he calls "wishful thinking" in public policy.

A new book has been announced for release this summer, titled "Feindliche Übernahme - wie der Islam den Fortschritt behindert und die Gesellschaft bedroht" (Hostile takeover – how Islam impairs progress and threatens society). Like his previous four books, it was to be published by the Deutsche Verlags-Anstalt (DVA), a subsidiary of Random House, but a dispute erupted between the author and the publisher "over whether the book was to be released or not," said DVA chief press officer Markus Desaga. No agreement was reached, and now the matter has been brought before the Munich Regional Court. 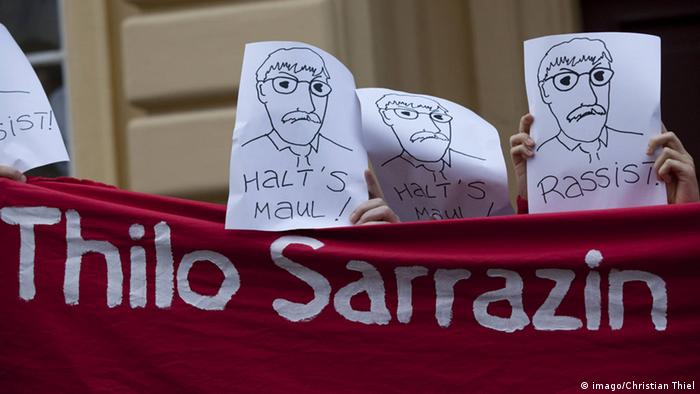 Drawings that say "Shut up!" and "Racist" at a protest rally over Sarrazin's theses

Declining to respond in detail to DW's question about the details of the dispute, Desaga said only that "the author and the publisher could not reach consensus over the time and conditions of publication. The resulting rift was brought to court."

Bestselling author Sarrazin can nonetheless expect publication of his latest, roughly 450-page work, as a new publisher was quickly found. On Friday, the Finanzbuch Verlag announced that it would release the book by the end of  August 2018.

The NSU trial in Munich hopes to shed light on terrorism from a legal perspective; and there are political investigation committees. But many say more is needed - a whole new debate about racism in Germany. (02.06.2013)

Controversial former politician Thilo Sarrazin has held on to his membership in the center-left Social Democratic Party, overcoming efforts by party leaders to get him expelled for his inflammatory remarks on race. (22.04.2011)