The NSU trial in Munich hopes to shed light on terrorism from a legal perspective; and there are political investigation committees. But many say more is needed - a whole new debate about racism in Germany. 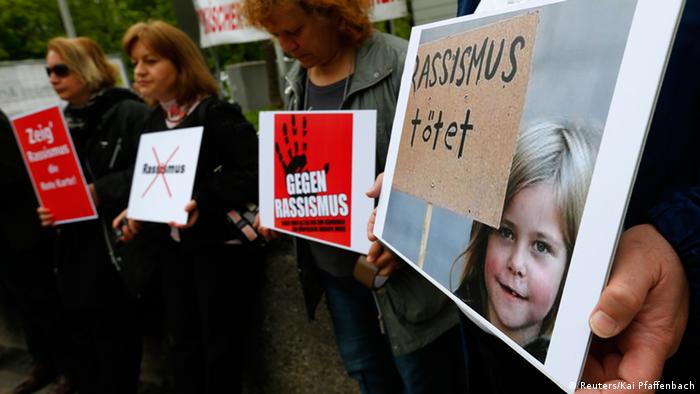 According to prosecutors, the members of the "National Socialist Underground" (NSU), the Nazi terror trio that went on a nationwide killing spree between the years 2000 and 2006, murdered their victims "to achieve their racist goals, i.e. kill people solely because of their non-German origin."

The trial against the surviving suspects is now underway. But for a long time, as the investigation was ongoing, the German authorities found it difficult to consider the possibility that the murders of nine men of Turkish and Greek origin and a German policewoman could have been racially motivated. That becomes clear when reading testimonies given by victims' relatives, and when you look at what has come to light about the actual investigation process.

Not just slip-ups, rather signs of 'structural racism' Semiya Simsek and others say the investigation went in one direction

Carsten Ilius is one of the ancilliary prosecution lawyers in the NSU trial. German police followed the one theory, said Ilius, "that the victims could have been involved in criminal deals," despite the lack of evidence supporting this theory.

Every little detail in the lives of the family's circle of friends and relatives was analyzed, the lawyer recalled. Members of the victims' families were searched for drugs; interviews were done in Turkish villages.

When it came to dealing with the victims, the German authorities worked well with their Turkish counterparts, Ilius said. That's why he believes you can't just blame slip-ups and glitches for the many years of fruitless investigation that never produced any result. Instead, he sees the way the investigation was planned and how so-called "knowledge from experience" of working with migrants was being applied as a sign that there was "structural racism."

In early 2007, a police analysis of "the nationwide series of homicides against small business owners with immigrant origins" found the following: "Against the background that the killing of people is a strict taboo in our culture, you can assume that, with regard to their behavioral patterns, the perpetrators must have been socialized far from our local system of norms and values." In other words: "Germans simply can't be brutal serial killers." The police in their analysis continued that the perpetrators were likely to be a "group from eastern or southeastern Europe (non-Western European background)."

Clause in rental contracts against 'the whole clan' Her clients ask Esin Erman: "Will I be taken seriously if I experience racism?"

"When I experience racism will I even be taken seriously? And can something similar happen to me, or to my children?" It's questions like this that many of Esin Erman's clients have regularly asked her - even before the NSU murders were solved.

Erman is a psychotherapist in Berlin and the vast majority of her clients are of Turkish origin. She recalls the beginning of the 1990s, when there was a big debate about asylum seekers and their rights in Germany. In the German towns of Mölln and Solingen alone, eight people were killed in arson attacks on families of Turkish origin. The psychotherapist said when news about the NSU murders broke, many of her clients just saw them as a "tragic confirmation of what many had almost been expecting already."

Racial discrimination often starts much earlier, before the actual use of violence, and is a part of the daily life for many people with an immigrant background in Germany, said Erman - be it at school, or at the office, in contacts with landlords, or with the authorities.

Erman herself came to Germany at the age of three. She went on to have outstanding grades in primary school, but her teachers refused to recommend that she attend Gymnasium, Germany's college preparatory secondary school. Erman says studies have since shown that in Germany, "the intellectual capabilities of children with migratory backgrounds are more often underestimated than those of pupils of German origin." Erman made it anyway. She finished her studies with top marks. But when she wanted to rent an apartment, the landlady told her to sign a clause "which bans my family from staying the night and cooking." Erman refused. 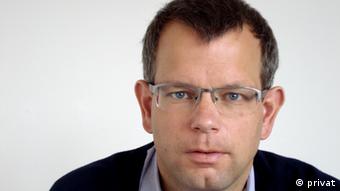 What's typical for daily racism is that those who use it don't see it as racism, while the person concerned immediately feel that they're dealing with racism, said the psychotherapist. She's observed that when you use the word racism in Germany, many people "almost gasp." And most people will instantly say "I'm not a racist!"

Esin Erman and Carsten Ilius both stress they're not saying that it's necessarily individual people like the investigators in the NSU case, for example, who had "personal beliefs that made them racists." They say they just want to point out structures that lead to a one-sided view of people - of only perceiving them as belonging to an alien group.

There have been several cases in Germany where people complained because police carried out controls based on people's skin color or their appearance, known as racial profiling. That's a violation of the German constitution, according to a fall 2012 ruling issued by a higher administrative court in Koblenz.

It's not about "hatred of foreigners or strangers," because many of the people concerned are German nationals, just like two of the NSU murder victims: Mehmet Kubasik and Halit Yozgat. In Germany, some 15 million people have some form of immigrant background. 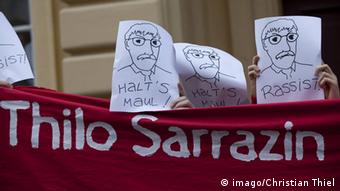 In April, the United Nations‘ anti-racism committee rebuked Germany for failing to protect the population adequately from racist remarks. The criticism was triggered by an interview with SPD politician Thilo Sarrazin, in which he described an inability of Turkish or Arab immigrants to integrate with German society. The majority, said Sarrazin, contributed little to the economy "apart from the fruit and vegetable trade." He said their high birthrate meant "the Turks are conquering Germany just as the Kosovars conquered Kosovo - through a higher birthrate."

"I am not required to recognize those who live off this state, but rejects this state, do not make a reasonable effort to educate their children and constantly produce new girls in headscarves,' he said. "This applies to 70 percent of the Turkish population and 90 percent of the Arabs." The Turkish association in the states of Berlin and Brandenburg filed a complaint against Sarrazin for incitement and defamation. But the courts threw out the case, citing that Sarrazin's remarks were a contribution to the political debate in Germany.

The UN anti-racism committee believes Sarrazin's remarks were racist. The chairman of the legal committee in Germany's lower house of parliament plans to put forward a stricter law on fighting racism by restricting speech. Siegfried Kauder from the CDU says remarks like those by Sarrazin need not be tolerated. "You can't treat people this way," the legal expert told Deutsche Welle.

Kauder says it's dangerous if the state doesn't do enough to fight racism. It would only mean the emergence of extremist movements and forces "which we can't tolerate. In the worst case, some groups in our population will end up not just being insulted - we then have to fear physical assaults."