Three villages were submerged in a large reservoir in central Germany 100 years ago. But with water levels low, the ruins have reappeared to offer tourists a glimpse back in time. 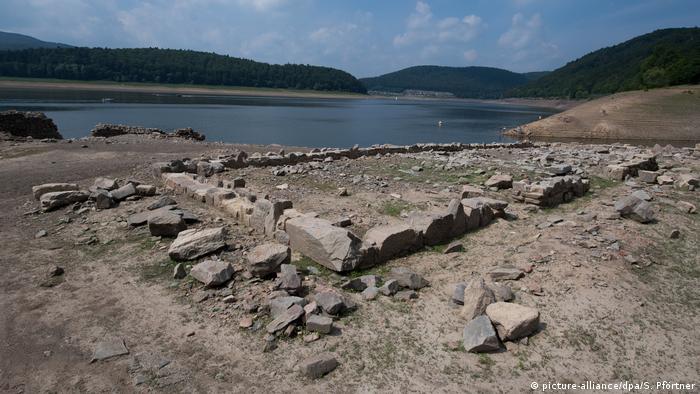 Reaching 48 meters (157 feet) in height, the dam in North Hesse in central Germany was a major engineering feat in the early 20th century. Holding massive amounts of water, it not only created the Erdersee, the second-largest reservoir in Germany, but also maintained the water level necessary to use the inland waterways.

The project was considered so significant to the economy that German Emperor Wilhelm II even paid a personal visit to the construction site in 1911.

Yet, as is often the case with such large endeavors, local residents were in the way, specifically, the 900 inhabitants of the villages Asel, Berich and Bringhausen, located in the Eder River valley. After residents were resettled, and many buildings taken to new locations and rebuilt, the area flooded, submerging the remaining structures. Now, with water levels low in the summer, the sunken villages reappear to show the "Atlantis" of Hesse. The villages' ruins are in various states. The old bridge of Asel, for example, is in excellent condition. Just north in the village of Bringhausen, all that can be seen are the gravestones of previous inhabitants.

The region is popular with vacationers and sees over 700,000 overnight guests per year. While many come to explore nature and do water sports, the ruins are becoming a major attraction. Since 2012, a local organization has been promoting the "Edersee Atlantis" as a tourism destination and helping to rebuild the ruins by providing funding. 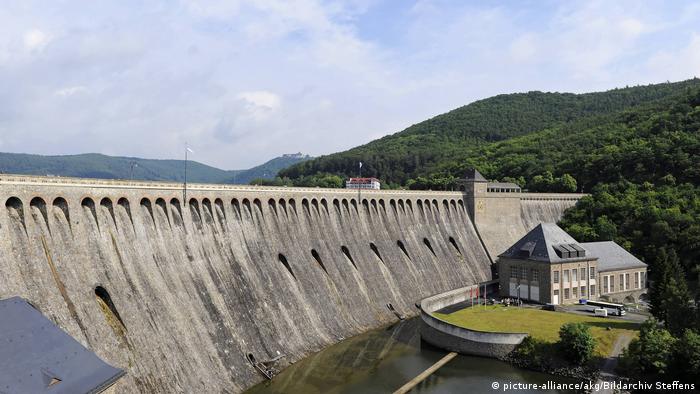 The dam was groundbreaking at the time

Yet, not everyone is happy about the settlements resurfacing. Tourism companies relying on revenue from water sports, as well the local shipping industry, see the ruins as obstructive to their activities.

Meanwhile, the municipality of the Edertal valley has proposed a virtual experience to bring one village to tourists. An group of archaeologists proposed that Bringhausen village be resurrected from the lake floor via underwater images of the structures. They could then be viewed on mobile phones and tablets that would give users an interactive experience. 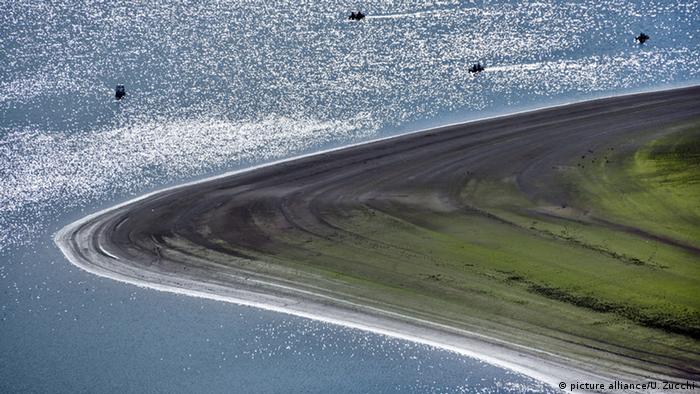 Edersee is also popular among vacationers and water sport lovers

For the first time since the destruction of Palmyra by the IS, two artworks from the city have been restored. Italian archaeologist Maria Laurenti spoke with DW about the political hurdles and challenges of restoration. (21.06.2017)