The SPD pinned its future hopes on chancellor candidate Martin Schulz, but they've faded in the wake of three regional defeats. Now, a new election platform is meant to give the party a much-needed boost in the polls. 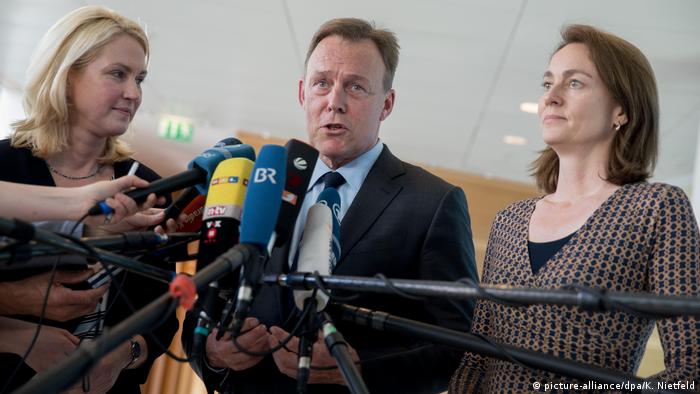 After its latest regional election defeat in North Rhine-Westphalia, the Social Democrats (SPD) are supposed to be on the attack. But the desired turbo start into the national election campaign doesn't seem to be working.

First, the popularity of the SPD's chancellor candidate Martin Schulz sank in the polls. After three consecutive losses to Chancellor Angela Merkel's conservative Christian Democrats (CDU) in state elections, people are no longer believing the hype about the lauded Schulz-effect.

And now, the party's anticipated launch of its campaign platform in Berlin on Monday has devolved into a nail-biting affair.

At first, there were rumors that the event would have to be postponed at the last minute. Some began asking whether the party was so divided after the losses in Saarland, Schleswig-Holstein and North Rhine-Westphalia that it couldn't present a united front for the national campaign.

Then came the news that the event was going ahead as planned. Party leaders presented their platform, but only after a suspicious package found in the party headquarters was declared not to be a bomb. Everyone could breathe a sigh of relief and concentrate on the reason for the gathering: the key points of the SPD's campaign platform. 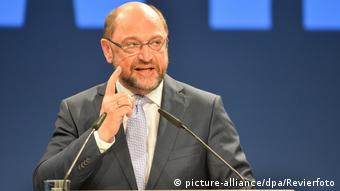 Will Schulz be put out to pasture?

SPD shows voters how they would govern

"Time for more fairness" is the motto of the program that party leaders adopted unanimously on Monday.

It details in 71 pages how an SPD government would wield its political power after the election.

"What we are presenting is a clear contrast to the CDU’s program," said SPD parliamentary faction leader Thomas Oppermann. Schulz has been plugging the SPD program as "a major overhaul."

The party's focus is on investing in education, as well as relieving the burden on lower income families. Instead of the broad tax cuts promised by the conservatives, the SPD wants to invest in services that can help families save money. Examples include free day care, and the introduction of a family bonus, whereby parents would receive money if they reduce their working hours in order to care for their families.

The party is also taking issue with wage dumping, planning a "pact for a proper wage." It wants better protection for employees, as well as more opportunities for workers to prepare themselves for the digital working world with specialized job training. 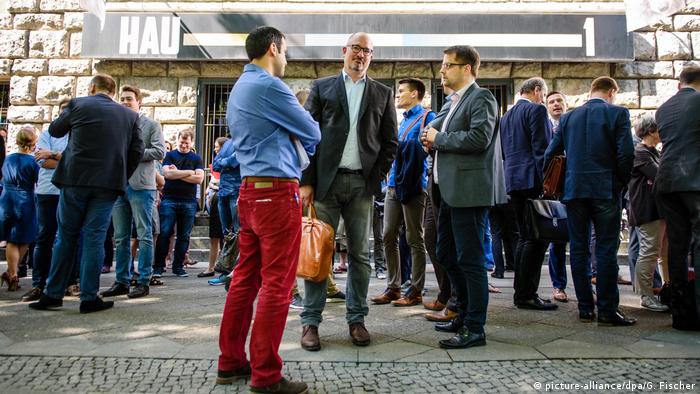 Vague on pensions and tax reform

When it comes to pensions, the goal is to keep the future levels stable, according to the new manifesto. But it lacks details about how this is to be achieved.

The same goes for the SPD's tax concept, due to be fleshed out in the coming weeks.

The manifesto reveals only that: "For more social stability, we will reduce the growing gap between rich and poor. People on higher incomes and those who've amassed great wealth should pay a fair contribution." But what exactly that means is left open to interpretation.

The SPD is also aiming to score points on security, an issue where their conservative rivals have done well in the past. The Social Democrats would create 15,000 new jobs in law enforcement and invest more in the justice system in the hope that more lawyers and more judges will lead to faster processing times and less of a backlog in the courts.

The SPD also wants to see better protection in place on the EU's external borders while at the same time maintaining the current laws on asylum. An immigration law would, however, create legal channels for a limited number of economic migrants. "If you want to suppress illegal migration, you have to create opportunities for legal migration," said Oppermann.

The party is taking a clear line when it comes to defense spending. Under the SPD, the defense budget would not be increased to 2 percent of GDP. But that is precisely the NATO goal that US President Donald Trump has repeatedly said he wants all member states to meet. Instead, the party says it plans to invest more in development aid and crisis prevention.

Manifesto up for approval on June 25

All in all, Oppermann says the new program is "probably the best election platform since [former chancellor] Willy Brandt."

However, the manifesto does not include suggestions about how to finance the proposals, and the SPD must still present details about its pension and tax proposals in the weeks ahead.

It's still not clear whether that will be enough to satisfy members at the national party congress on June 25.

After its defeat in the North Rhine-Westphalia state election, the center-left SPD has rejected a coalition with Angela Merkel's CDU. The news might be a boon to the resurgent business-friendly FDP - also nationally. (16.05.2017)