German Interior Minister Horst Seehofer has said Russia is likely behind a wave of illegal immigrants from Belarus. He also says the EU has much to do on migrant policy despite numbers being below those of 2015 and 2016. 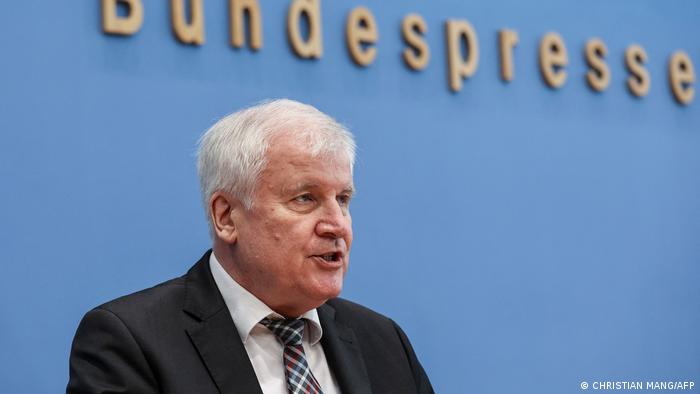 Outgoing German Interior Minister Horst Seehofer said on Wednesday that Berlin did not intend to introduce controls on the border to Poland despite a growing number of migrants entering via Belarus, a phenomenon he ultimately blamed on Russia.

What did Seehofer say?

Speaking at a press conference after reporting to the Cabinet on the current migration situation, Seehofer said such a step would be "legally questionable."

He added that Poland had already taken "very strong initiatives" to stop refugees and migrants entering the country via Belarus, which the EU accuses of instrumentalizing displaced people in retaliation for sanctions imposed by the bloc.

Warsaw has come under criticism from activists for its actions against migrants at its borders, with a number of people trapped in inhumane conditions in the border area to Belarus. 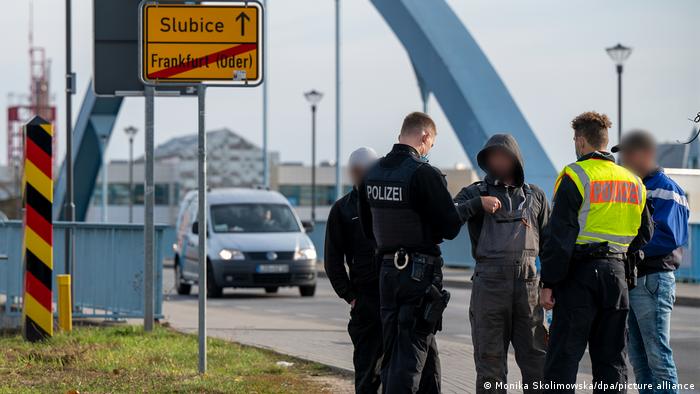 German police have introduced stricter controls on the border to Poland

Seehofer announced further efforts in conjunction with the EU to stop airlines flying migrants and refugees to Belarus. He said Iraq had already agreed to stop such flights by the end of the year, but said the problem had grown, with Belarus now granting visa-free entrance from still more countries, such as Iran, Pakistan, South Africa, Egypt and Jordan.

But the minister said the roots of the problem probably did not lie in Belarus itself. He said the German government was of the opinion that the final "key to the problem likely lies in Moscow," on which Belarus is economically dependent.

Many in the EU see Russia as having an interest in destabilizing the bloc as far as possible. 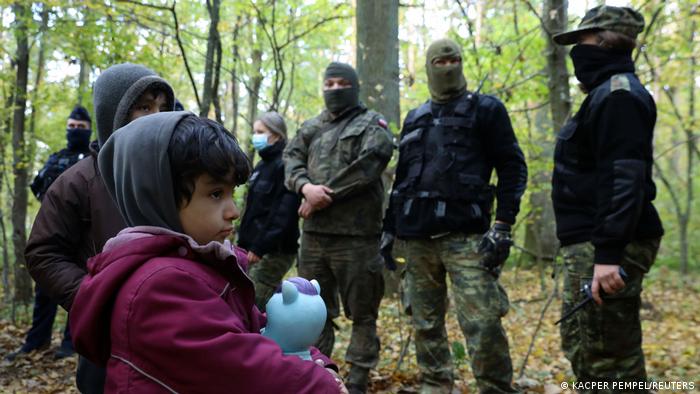 At the press conference, Seehofer also touched on the problems associated with refugees coming to Germany from Greece despite their asylum claims having been recognized there.

He said his ministry was considering imposing border controls on flights coming from Greece, calling it "a very effective measure ... if joint action does not occur with Greece."

A report submitted to the Cabinet by Seehofer said that the Dublin regulation, under which asylum-seekers are meant to put in an application in the first EU state they ready, was not working. It said that just one asylum-seeker who had registered in Greece had been sent back there out of 7,100 requests by Germany.

Such attempts to send back asylum-seekers to Greece are often thwarted by German courts, which consider that asylum-seekers who are returned will face inhumane living conditions there. The German Interior Ministry is currently pressuring Greece to accept financial aid to support refugees in the country.

At the press conference, Seehofer also denied that Germany or the EU in any way supported or condoned reported systematic violence against migrants by Croatian border officials. German politician Alexander Graf Lambsdorff, a leading member of the business-focused Free Democratic Party (FDP), told DW earlier on Wednesday that the EU needed to work together to combat the problem of illegal immigration from Belarus.

"As the European Union, we should stand together and fight against Belarusian President Alexander] Lukashenko's cynical ploy here to destabilize our alliance," he said.

He said, however, that Poland had first reponsibility for those entering its territory under the Dublin regulation.

"Those who make it on to Germany come from Poland, and under the [Dublin] regulation, it's very clear the first state of arrival is the one in charge, which is Poland. We are now turning back some of the people to Poland for the Polish authorities to deal with them," he said.

Reinhard Bütikofer, a member of the Greens in the European Parliament, however warned in a DW interview that Poland should not resort to forcing migrants back over the border to Belarus, as has been alleged.

"Pushbacks are illegal and cannot be condoned," Bütikofer said, while adding that it was "important to not just criticize Poland when they do things like push back ... but also to signal support for their legitimate rights not to be the victim of Belarusian aggression."

He also stressed that sanctions imposed by the EU on Belarus for political repression of the opposition following disputed elections last year "should clearly also forbid such human trafficking practices with support from chartering companies inside the EU."