Germany′s Reichsbürger movement out to ′delegitimize the state′ | Germany | News and in-depth reporting from Berlin and beyond | DW | 08.05.2018

Germany's Reichsbürger movement out to 'delegitimize the state'

Germany has seen a significant spike in supporters of the anti-state Reichsbürger movement. Dirk Wilking, of the Brandenburg Institute for Local Community Advice, spoke to DW about the group and what threat it poses. 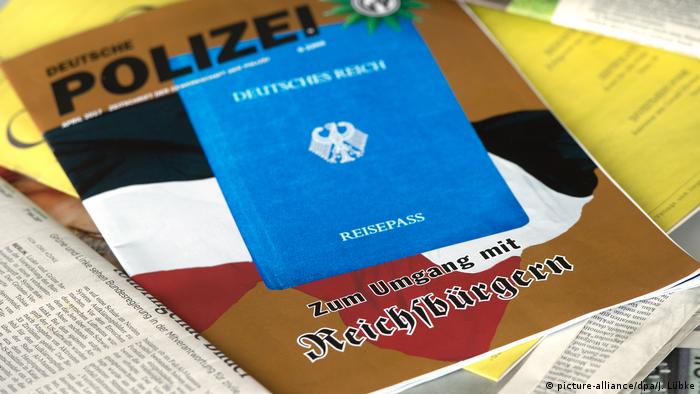 Made up of a motley array of subgroups, the Reichsbürger (Citizens of the Reich) movement does not recognize the government, its institutions or its laws. Instead, many Reichsbürger insist that the German Reich, which ended after World War II, still exists today. Some have declared themselves rulers of their very own states, complete with customized passports and license plates. Often, Reichsbürger refuse to pay taxes, social security contributions or fines to the German state.

DW: According to the regional public broadcaster WDR, the number of Reichsbürger sympathizers in the state of North Rhine-Westphalia has seen a jump in recent years. In 2016, there were 300. By January 2018, there were 2,200 and currently there are thought to be 2,750 supporters of the movement. What explains this increase?

Dirk Wilking: The Reichsbürger ideology gained popularity with the Pegida protests. The Reichsbürger movement does not keep a membership list so the only way of assessing their strength is from letters they send to state offices and other recipients. That is the basis for counting their numbers. It is a complicated way to measure their strength and takes time. A few exceptions aside, Germany's states were slow to become aware of the Reichsbürger movement and only recently began trying to assess their numbers.

Could that mean official figures will keep going up? Germany's domestic intelligence service has reported that in 2016 the movement had some 10,000 supporters throughout the country, and that this figure has now increased to 18,000.

I am quite certain that our estimates are very close to the actual number because we have been observing them for a while. 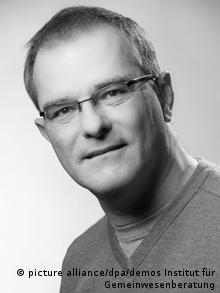 Is it known how many of them are far-right extremists?

We estimate that 30 to 40 percent subscribe to a far-right ideology.

Are the Reichsbürger particularly active in certain regions of Germany?

No, they are not active in just one region. But there is a typical kind of milieu. Many supporters are male, between 45 and 55 years old, and work for small and medium-sized enterprises. Many are self-employed, or formerly self-employed, and many are bankrupt. In southern Germany, there are also millionaires who are part of the movement. There is no particular East-West divide. But some adherents of the movement in eastern Germany witnessed the collapse of communism and know that it is possible to bring down an entire state. That is a crucial difference.

It has been claimed that some Reichsbürger supporters work for the state, and some even serve as police officers. Is this a serious problem?

Those are isolated cases. The authorities are resolute in dealing with them. Nothing is swept under the rug. Supporters are directly confronted.

Are there politicians who are part of the movement?

None that I know of. There may be the occasional Alternative for Germany (AfD) party member. But I have always said Reichsbürger sympathizers are incompatible with political parties. They are practically impossible to integrate into party structures that require a degree of discipline.

In sum, how big is the danger posed by Germany's Reichsbürger movement?

There is no danger of them gaining actual power. The real risk is them delegitimizing the state. It's a real danger in more rural areas because the political class has almost lost touch with rural populations. The countryside has been largely left to fend for itself.

What can the state do to prevent the Reichsbürger movement becoming more influential?

I think the parties, more so than the state, should do more to reach out to social communities that have been abandoned. But that is something rank-and-file party members find hard to do. Parties have become clubs for the educated. Anyone unable to engage in intellectual debate is basically dismissed. That is fatal.

Dirk Wilking works for the Brandenburg Institute for Local Community Advice. It aims to reconcile the interests of different democratic forces in Germany. For roughly 10 years now, Wilking has devoted his attention to Germany's Reichsbürger movement. In 2015, he published the book Reichsbürger: Ein Handbuch (Reichsbürger: A Handbook).

The interview was conducted by Marco Müller.

The nine suspects, six of whom are reservists in the German army, were between 37 and 53 years old. They face up to two years in prison if charged and convicted of forming an armed group.