Germany′s political system: complicated but reliable | Germany| News and in-depth reporting from Berlin and beyond | DW | 11.02.2009

"To the German people," reads the inscription over the main door of the Reichstag, Germany’s parliament building. Together with the upper house of parliament, the Bundesrat, the parliament passes the country's laws. 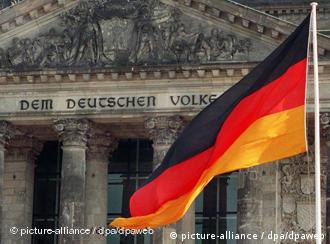 The Reichstag building was reopened after a restoration in 1999

In addition to debating and passing new laws, the Bundestag - Germany's lower house of parliament - elects the German chancellor and controls the government's agenda. It also decides on the annual budget.

Every four years, Germans elect some 600 members of parliament.

Where the work gets done

The MPs of a given party constitute what is known as a parliamentary party. Depending on the strength of the parliamentary party, the members sign on to permanent and temporary committees. That’s where the actual work of governing gets done - especially in the caucuses that create laws, and issue petitions and requests. 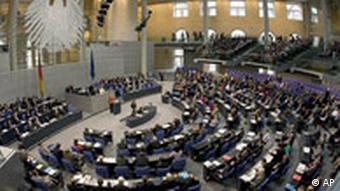 Voting and discussion in the Bundestag

Role of the upper house

New laws have to go through many phases before they are can take effect in Germany. First, the Bundestag, the Bundesrat or the federal government proposes a law. Then the text is discussed and written in committees.

When it comes to voting, each representative is expected to vote only according to his or her own conscience. But in fact, votes often fall neatly along party lines, following closely the party's political values and also showing a united front to the public. It is known as “party discipline” - not to be confused with party coercion, which is not allowed since it would de facto take away the parliamentarians' decision-making power.

After lawmakers vote in favor of a proposal in the Bundestag, it moves on to the Bundesrat. The legal structure differentiates between statutes that do not require assent, and those that do. 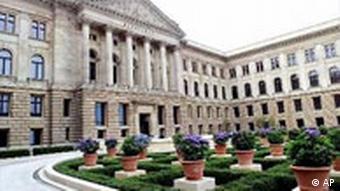 Laws that need to be put into place by the states - which require their financial involvement or the alteration of the state’s constitution - need to be agreed by the states. If the Bundesrat votes such a law down, then the law is sent to what is known as an arbitration committee. The committee is made up of 16 representatives from the Bundestag and the Bundesrat together. They work out a compromise, and the Bundestag must once more vote on this result. But the committee can also suggest that the law get passed as-is, in which case the Bundesrat is obliged to agree.

Then there are laws that don't require assent. If the Bundesrat disapproves of the law, then the Bundestag can overturn it with a majority of votes. In that case, certain ministers, the German chancellor, and the President of the Republic need to sign the law when it is completed.

As anyone who travels through Germany will soon find out, there is no such thing as a typical German. The nation is strongly influenced by regional history and culture. (29.01.2009)

For a long time, black, red, and yellow were the favorite colors of the German political spectrum. Next came Green, and now dark red. Germany -- a rainbow of ideologies. (11.02.2009)

The chancellery, center of German government

Because of its unusual architecture, Berliners call the Chancellor's Office, the "washing machine." Angela Merkel is Germany’s current chancellor -- the first woman to fill that role. (11.02.2009)

On the Road for Democracy – International Students and German Politics