No family at the graveside, no friends, no colleagues: in Germany, increasing numbers of people are being buried in public health funerals. The reasons go beyond demographics. 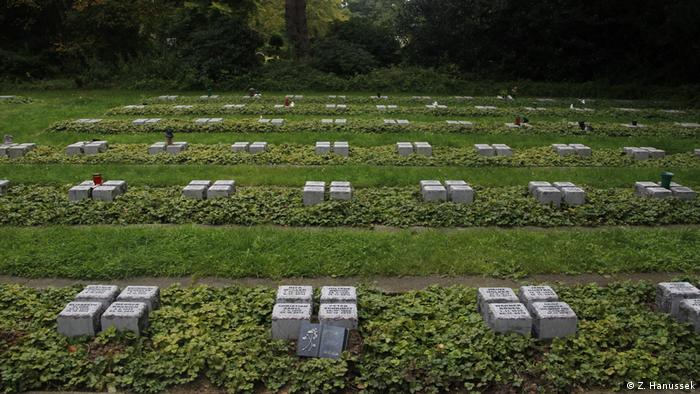 Nobody seemed to miss him. The body of a 46-year-old man was found more than eight months after his lonesome death in his apartment in Gelsenkirchen, a city in the Ruhr area, Germany's biggest industrial region.

As Zuzanna Hanussek speaks about him, her lively and energetic voice turns more quiet. "I'm shocked that even the neighbors often fail to notice anything — or that they remain totally indifferent. More and more people simply disappear from our society, and nobody even cares. Not only their death went unnoticed, but also their life," Hanussek, a Protestant pastor, told DW.

There are only two things Hanussek knows about this man from Gelsenkirchen: his name and his address. Neither relatives nor friends were found. Not even his neighbors were able or willing to provide any further information.

Hanussek gave him a compassionate and dignified final farewell by performing last rites alongside a Catholic priest at a cemetery in Gelsenkirchen. The urn containing his ashes was buried in a public health funeral. In the absence of relatives, the municipal office for public order commissions and pays the funeral parlor that organizes the burial.

"There are no national statistics on public health funerals in Germany," Stephan Neuser, general secretary of the Federal Association of German Undertakers, told DW. "But since more than 81 percent of all the undertakers in Germany are members of our organization, we have an overview of the developments regarding funerals — and there are more and more public health funerals in Germany, especially in areas of high population density."

This development is particularly striking in Hamburg, Germany's second-largest metropolis. According to data provided by the city's cemeteries, the number of public health funerals in Hamburg has more than doubled between 2007 and 2017 (last year, it passed 1,200).

In the same period, the municipal office for public order in Cologne, the largest city in the state of North Rhine-Westphalia, also registered an increase in these funerals — from 486 to 636.

"The increase in public health funerals is connected to demographic factors: people in Germany live longer than in previous times, and they are often alone when they die," said Neuser. He also pointed out that financial concerns over funerals have become more pressing since 2004, the year in which public health insurance companies in Germany stopped supporting burials.

Nowadays, close relatives are liable to pay for a funeral; their specific order is regulated by each of the federal states. If they are unable to afford it, they can apply for financial help at the social services department. In contrast to these "social services funerals," public health funerals are carried out to bury or cremate those who have died alone without being claimed by any relatives within a fixed period of time, or if relatives are not willing to make arrangements for the funeral.

"Sometimes people just aren't able to deal with all this," said Hanussek, explaining that very poor relatives "might shy away from applying for financial support at the social services department, because the hurdles are high, it takes some time and every proof of income has to be examined."

Each municipality in Germany is free to decide on how to commemorate these lonely dead — some of them are buried anonymously, in other cases their names are remembered in various forms. Starting in 2014, Hamburg has been allocating these people gravestones with names and the dates of birth and death.

On the last Sunday of the ecclesiastical year, when the Protestant Church in Germany and Switzerland commemorates the dead — this year it falls on November 25 — these deceased are being honored in Hamburg's main church St. Petri, where their names are read aloud. Once a year, many of the undertakers who deal with the sad task of arranging public health funerals also organize a commemoration ceremony for the lonely dead. In Gelsenkirchen, their names are engraved on "resting stones," a donation-funded project of the Ruhesteine e.V. initiative.

'Look after other people'

Hanussek is one of the founders of this project. Dedicated people like her want to save the loneliest of Germany's dead from oblivion. In the sermons she delivers alongside her Catholic counterpart at public health funerals, she can hardly say anything about a person's story — usually, little is known about the deceased. "But this is what we can do: During public health funerals and other church services, we call on everyone to look after other people in their neighborhood," she said. 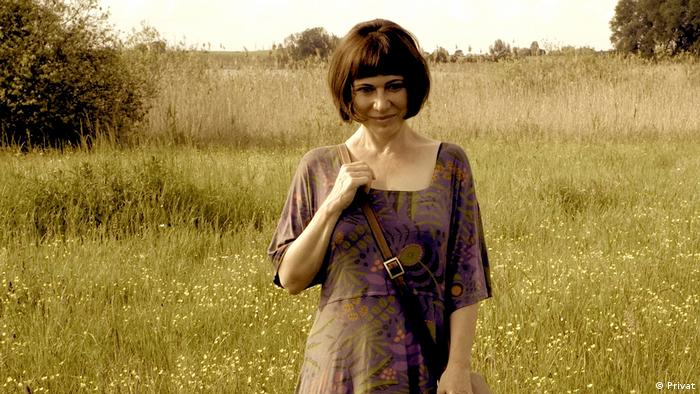 Hanussek gives a dignified final farewell to those who die alone

Everyone can contribute to tearing down the walls of isolation and preventing tragedies like the gruesome death of the man in Gelsenkirchen, she says. It all starts with very simple things, like saying hello to one's neighbors. In order to encourage people to reach out to each other, Hanussek has initiated a project called "Neighbors helping neighbors" in Gelsenkirchen.

"In the first phase, a social worker regularly visits people in their homes, in the next one, neighbors are being brought together. After meeting a couple of times, they start building relationships — but they don't initiate them on their own," she said. Another one of Hanussek's projects is a free cafe for people who can't afford to attend regular cafes or pubs: "This doesn't save the world, but it's an attempt to help people overcome their isolation."

More and more Germans these days prefer to be buried at sea, media reports quote the Federal Association of German Undertakers as saying. The "Bundesverband Deutscher Bestatter" is trying to determine the exact number. (10.03.2018)

Germany's medical regulatory body plans to challenge a court ruling forcing it to decide whether to assist individuals in committing suicide. The ruling has come under scrutiny both in the industry and in parliament. (16.01.2018)

Bundestag votes for better palliative care for the terminally ill

A new law aimed at strengthening palliative care has passed in the Bundestag with broad support. It comes a day ahead of a widely-anticipated and more controversial debate on assisted suicide. (05.11.2015)