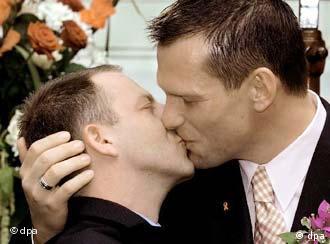 The court determined that "protection of marriage and family" was not a sufficient argument for discrimination against gays when it came to inheritance law.

"The Constitutional Court ruled that there was not a significant enough difference between married spouses and registered life partners to justify discrimination against the latter," court spokeswoman Judith Blohm told Deutsche Welle.

Until 2008, registered partners could inherit only 5,200 euros ($6,700) from their loved one tax-free - as opposed to 307,000 euros for widowed spouses. Although that rule has been off the books for two years, under current law inheritance is still taxed at a significantly higher rate for the survivors of same-sex partners.

In fact, surviving registered partners are taxed as if they were inheriting from a distant cousin, with rates ranging between 17 and 50 percent, as opposed to 7 and 30 percent for survivors of opposite-sex partners.

"From now on, registered homosexual couples will have the same rights as married couples where inheritance law is concerned" said Klaus Jetz, director of the Lesbian and Gay Federation in Germany.

A decade of new rights 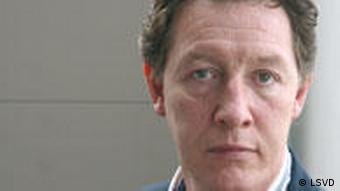 Axel Hochrein and his husband's rights have slowly increased

After Germany's Life Partnership Act of 2001, German states began giving some legal recognition to gay couples, who have seen their rights slowly grow over the past decade. When registered partnerships were allowed in Bavaria in 2002, it meant that, for the first time, Axel Hochrein's partnership was recognized by the state.

Hochrein, who is the Lesbian and Gay Federation's spokesman, has now been in a registered partnership for eight years, during which time he and his partner have concluded that they have the same duties as married spouses. However up until now, he says, he and his partner have been "second-class citizens when it comes to the rights that married couples have," such as favored treatment when it comes to inheritance, income tax and property acquisition taxes.

All these rights, he said, "have been denied us with the admonishment, 'Marriage between men and women has special protection under the law. You all are just some kind of freaks, so you don't get these rights.'"

With both Hochrein and his husband now nearing 50, inheritance laws have been stacked against them. Until now, they've had no guarantee that one of them could keep their home if something happened to the other.

They have also been discriminated against when it comes to normal income tax. Hochrein says he and his partner have filed a joint tax statement every year since they registered their partnership, and every year, tax authorities have denied their application for the same favored tax status afforded married couples. 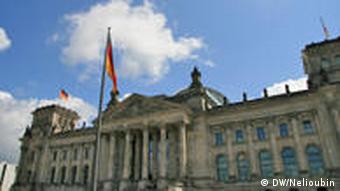 Berlin has until year's end to write the ruling into law

Changing the law on inheritance and income tax

The Constitutional Court has ruled that German lawmakers must implement the court's decision into inheritance tax law by the year's end and must include measures to apply the new rules retroactively to cases of widowed life partners since 2001.

It is expected that the government will change income tax laws as well, and even apply tax advantages retroactively, meaning that Hochrein and his partner should see tax money come back from as early as 2002.

For Hochrein, though, it's about much more than financial security.

"This decision makes it clear that heterosexual marriage and registered partnerships are the same thing," he said. "For us it's recognition that we have the same rights under German law and that ours isn't some second-class partnership."

Hochrein says that having greater rights makes him and his partner able to be more open about their identity:

"It makes a difference when my partner and I introduce each other to people and can say 'this is my husband.' There are emotions and a certain pride connected with belonging together and being able to document and demonstrate that bond." 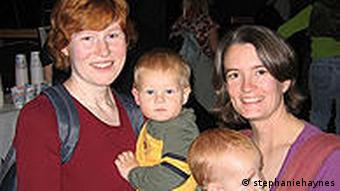 Although the Lesbian and Gay Federation has welcomed the court's landmark ruling, they say their battle for equal rights is far from over.

"We still have to fight for the common adoption law to be changed, because what we need is to [be able to] adopt children and to have shared custody for children. Nowadays you can adopt as a single person, and people do so," Jetz said.

"These families are living together and they don't have the same rights as classical families. This is an important issue to work on."

In a victory for those fighting for same-sex partnerships to receive the same recognition as marriages, Germany's highest court has given registered partners of civil servants the right to a widow or widower's pension. (22.10.2009)

Conservative politicians across Germany have lashed out at Justice Minister Brigitte Zypries' repeated demand that laws be changed to give homosexual couples the right to adopt children. (24.07.2009)

Thai King Maha Vajiralongkorn is under fresh scrutiny for questions over whether he paid the correct property and inheritance taxes.