A new global HIV institute in Essen, Germany, sees exciting times for its number one aim: to develop a vaccine. It says it will do this by building an international network for HIV research. 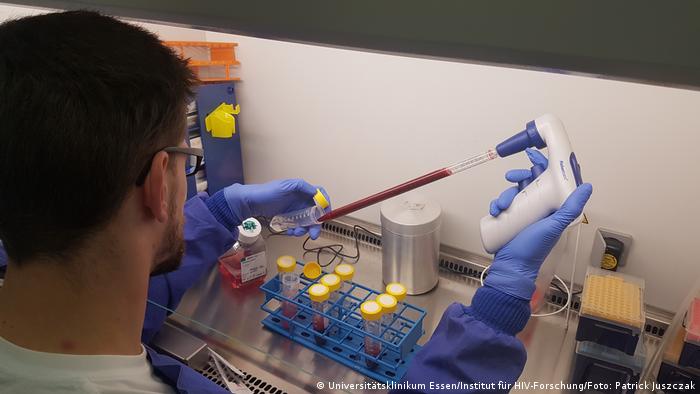 Scientists at Germany's first research center dedicated to HIV, which opened at Essen University Hospital on Friday, will work with international partners in the United States, Africa and Asia to develop new HIV treatments and hopefully develop a vaccine.

Nearly 37 million people worldwide are estimated to be living with HIV. While treatment for HIV patients has drastically improved over the years, there is no cure or vaccine for the virus.

The infection rate in Germany is relatively low. But Dr Hendrik Streeck, director of the new institute, says Germany has a responsibility to other countries, too.

"This is a global disease, which is strongly linked to poverty," says Streeck. "The patients who can't afford treatment and who live in poverty are the most likely to contract HIV."

Streeck returned to Germany in 2015 from the United States, where he worked with the US Military HIV Research Program (MHRP). The MHRP is now a key partner of his institute in Essen. 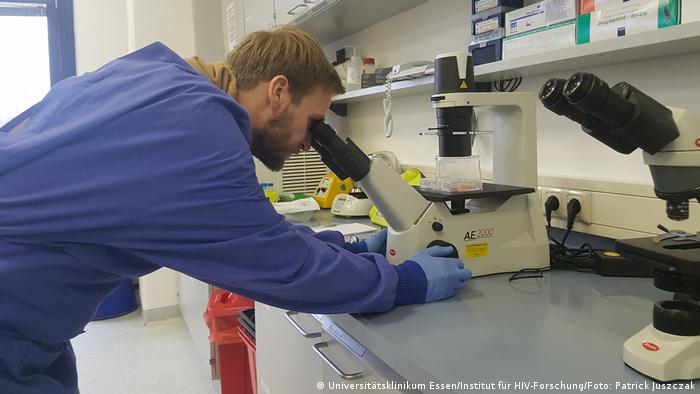 In 2009 the Thai branch of this program trialed a vaccine that proved to be 30 percent effective.

"This really was a glimmer of hope," Streeck says. "The study refreshed and reunited the field, and showed us we need to keep fighting together so that we can translate that glimmer of hope into a success."

"We work in Thailand, in Africa and now in Germany," says Ananworanich. "We have the opportunity to make sure that whatever we develop - a HIV vaccine or prevention strategies or treatment strategies - that these things would work globally."

Maik Schütz, director of AIDS Hilfe Essen, was diagnosed with HIV 23 years ago. Since then, he has seen many developments in HIV research.

"I know things can move very quickly, or they can take decades," says Schütz. "But it's important that this work is done."

Schütz says the stigma of being HIV positive is still a big problem in Germany.

"My hope is that when there's a vaccine, when it's effective and really does work, that this fear will no longer be there."

Warnings against complacency as World AIDS Conference ends in Durban

For five days 20,000 delegates met in the South African coastal city of Durban to take stock of progress made in the fight against HIV/AIDS, against a background of warnings that recent gains are under threat. (22.07.2016)

HIV infections are way up in Burkina Faso. An NGO is warning sex workers about the dangers of HIV. (08.10.2016)

Developing a vaccine for HIV is extremely difficult because of the complexity and diversity of the virus. HIV can integrate with host cells and mutate, allowing it to escape any effort by the immune system to destroy it.

"Another problem is the structure of the HIV itself," Streeck explains. "We want to understand the outer structure of HIV, which we call the 'envelope.' These are little blobs that sit on the virus."

"They have a very complicated structure, whereby three components basically integrate to form a ball. So far it has been difficult to replicate this in a test tube," says Streeck.

He says it is "basically impossible" to predict when there will be a breakthrough, but he is hopeful.

"We live in exciting times," says Streeck, "because there are various working models that have proven effective in animal trials. To now test these on people, that's really exciting."