It's been 30 years since the HIV/AIDS epidemic shook the world. What is the current status of the virus globally? Are you at risk? Is there a cure? DW's Kait Bolongaro went in search of answers. 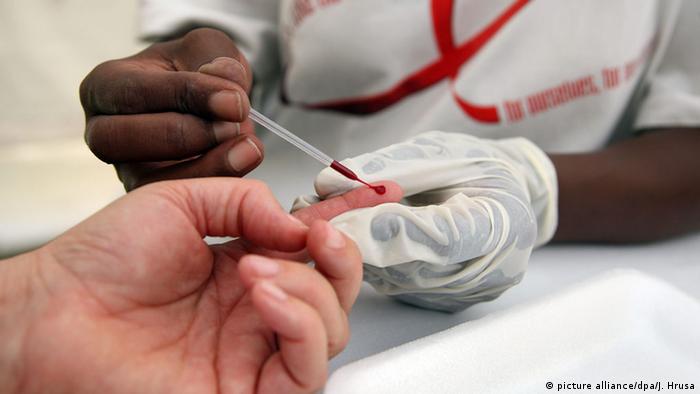 What is the state of public awareness about HIV and AIDS?

According to a 2014 study by the Kaiser Family Foundation, Americans were quite unaware about the scientific advances in HIV treatment and different prevention options available. Only 16 percent of Americans polled had been tested for HIV in the last 12 months, as recommended by healthcare professionals. However, 28 percent of Americans know someone living with HIV or someone who has died of the virus.

How many people are infected worldwide?

What are HIV and AIDS?

What are the symptoms?

An HIV-positive person may not show signs of the virus in the early stages. Many people confuse these symptoms with the flu or mononucleosis. Early symptoms include nausea, vomiting, cramps, fever, headache, rashes, weight loss and enlarged lymph nodes. They usually last two to three weeks. After the early symptoms dissipate, an infected person may not have any symptoms for years. Later symptoms include the earlier listed symptoms plus diarrhea, fatigue, confusion, weakness in the limbs, thrush and repeated outbreaks of cold sores or genital herpes.

HIV: Living with the virus

How does HIV spread?

The condition is transmitted when an infected person's blood, semen or vaginal fluids enter another person's body. Most new infections are caused by sexual contact, sharing needles when injecting drugs or from mother to child during birth.

How is it diagnosed?

RNA tests are the quickest method to learn if you are HIV-positive. This test detects the virus directly, as little as 10 days after infection. The blood test can find the virus as soon as it appears in the bloodstream before antibodies develop.

The most common test is the antibody screening test. A doctor conducts a blood or oral fluid test. It screens for the antibodies the body produces against HIV. There are also blood tests that test for antigen/antibodies that can detect the virus three weeks after exposure.

Another popular test is the rapid test. It is an immunoassay used for screening, using blood or oral fluid to check for HIV antibodies. Results come back in less than 30 minutes; however, a follow-up blood test is also recommended.

Home tests, such as the Home Access HIV-1 Test System and the OraQuick In-Home HIV Test, are also available and should be followed by a lab-based test.

How is HIV treated?

HIV is treated with drugs called antiretrovirals. They slow the rate at which HIV multiples in the body. Usually, a combination of three or more antiretroviral medicines is used in an anti-HIV cocktail because they are more effective than one medicine. This treatment is the best option to prevent HIV from multiplying, helping the immune system to remain healthy. Antiretroviral therapy is used to reduce how much of the virus is present in your body, called the viral load, to a level that is undetectable with blood tests.

There is no cure for HIV or AIDS. However, people living with HIV can lead a normal life with treatment.

Medical experts place great emphasis on antiretroviral treatment in the fight against HIV. But the drugs, which can be quite costly, are not available to everyone - even though they can limit the spread of the virus. (01.12.2015)

Despite positive global trends, has said it needs access to twice as much HIV medication to fight the virus. New infections are still on the rise in many regions, with sub-Saharan Africa particularly blighted. (24.11.2015)

People living with HIV still face stigma, something that makes it more difficult to find sexual partner or to have a relationship. Two men from different continents share how their HIV status has changed their lives. (19.11.2015)